EXPRESS INFORMER > Sports > Learning About Concussions in Football: What Earns a Red Card? 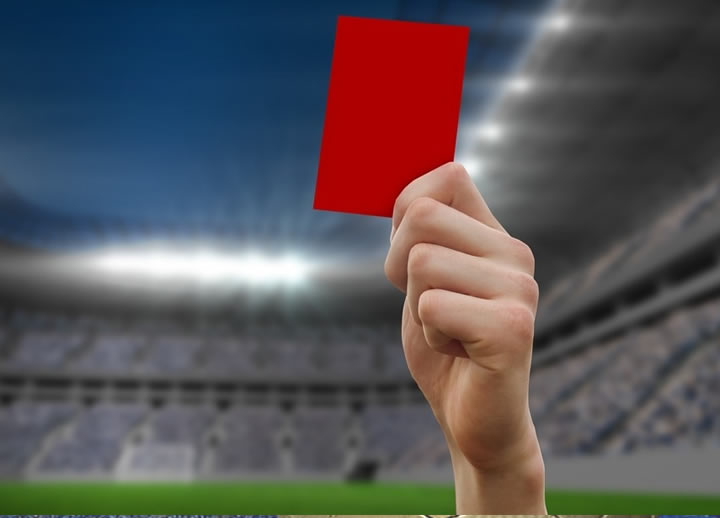 In soccer, a red card can be devastating for a player. When issued a red card, players are ejected for the remainder of the match, and are also suspended from the following match.

Players are also issued yellow cards as a warning for a non-deliberate act of violence against another player. If a player is issued two yellow cards in one match, they’re combined to form a red card, carrying all the penalties of a standard red card.

A red card isn’t just bad news for a football player—it’s also bad news for the rest of their team, as they’re left with just 10 men on the pitch, instead of their usual 11.

What Earns a Red Card?

It’s always a goal for sports officials to lower concussions in football. Red cards work to deter players from engaging in dangerous behavior.

There are several reasons that a player can be issued a red card in football, including:

How Red Cards Can Fight The Likelihood of Concussion in Football?

When football player knows that violent conduct is likely to result in ejection from the game, they are more likely to carefully avoid violent contact with other players, even during intense periods of play.

Since red cards don’t just affect the player (a single player’s red card affects the whole team as well), players are more likely to play it safe than if they could play without penalty.

Why is a Concussion in Football Dangerous?

It’s important that players who exhibit signs of concussions during a football match are removed and evaluated by a medical professional.

While concussions can present differently in different players, common signs of concussions include confusion, changes in mood, nausea, vomiting, severe headache, and fatigue.

Treatment for a concussion depends on the individual and their history of traumatic brain injury. Football players who may have experienced a concussion need to work closely with their treatment team to develop a plan to help them get back on the pitch.

What Additional Steps Are Being Taken to Reduce the Risk of Concussions in Football?

Many steps are being taken to lower the risk ok concussion in football. In addition to issuing red cards for violent behavior, there are other steps that organizations are taking to reduce the likelihood of a player experiencing a concussion during a football match.

Studies show that properly inflating balls can reduce the risk of head injury by 20%. Studies also show that it’s important that wet footballs are subbed out immediately, as a wet ball can retain water and become too heavy for players to safely head the ball.