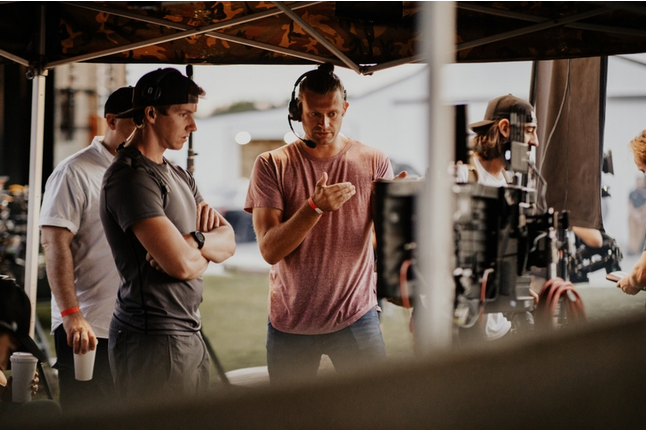 The importance of videos and animations cannot be denied as they continue to become powerful marketing tools.

Music videos may have evolved over time, and the narrative may have changed, but their importance has increased more than ever in the eyes of the video creators and the viewers.

Today’s filmmakers are well aware of the benefits of using videos as a communication channel. Over time, storytelling became integral to creating music, and song visuals have become as important as its music, tune, and lyrics.

While video creators are well aware of the importance of music video production, at Gear Seven, they have also been curious about how music videos have evolved over time to become what they are today.

If you, too, have no idea about how music videos came to be, their history, and their influence on the contemporary video business, here is your chance to find out.

The early era- a brief history

In 1894, a sheet music publisher hired George Thomas, an electrician, to orchestrate a live performance with the help of a magic lantern that showed projected images. This can be marked as the beginning of adding visuals to music, but it only remained restricted to live performances.

Another significant development in this regard was the movie The Jazz Singer in 1927, which synced audios and images, and for the first time, individuals could see audio with music that was not live.

In the 1930s, the Spooney Melodies introduced the concept of short films with the performer’s live-action footage, which was aired before the main presentation in theatres. 1958 marked the introduction of Scopitone, the iPhone of that era.

Bars and nightclubs introduced these jukeboxes that played 16mm films synced with audio.

A technology that had been invented for WWII had become quite a rage in the 60s. Even today, the Scopitone is considered to be the precursor to small screen technology like the one used in smartphones.

While, on the one hand, pop culture was gaining traction in the mid-’60s till the early 70s, on the other hand, film technology was becoming more economical and accessible. All avenues were being explored around that time to promote music artists and their work.

In 1965, We can work it out by the Beatles was the first video to be broadcasted on TV. The band was gaining immense popularity and was exploring mediums to promote its music and albums without having to make an appearance in person.

In the years that followed, there was more experimentation as video creators explored new possibilities and introduced new technologies as there was more focus on visual aesthetics and building a strong narrative.

From Rolling Stones to Pink Floyd to David Bowie, all toyed with the idea of experimentation and using music videos to promote their music and popularize their brand.

The endless possibilities due to new technology and innovation revolutionized how music video production was perceived and opened more doors for artists and video makers.

Who doesn’t remember Bohemian Rhapsody by Queen? The song from 1974 is considered to be the video that virtually invented MTV several years prior to its launch. The song became immensely popular globally, while its video was highly regarded as well.

1981 marks the launch of MTV, which quickly became the biggest platform for music videos. Music videos had become the most significant medium for new artists to get attention and for established artists to showcase their work.

While the initial years after MTV’s launch were characterized by low-budget DIY videos, they were soon replaced by high-budgeted production projects. It was a time when a music video’s cost was equal to or more than a feature film.

One prominent example of the transition is Thriller by Michael Jackson, released in 1983. The song brought back the idea of combining films with a music video, though at a higher scale and in a more advanced form.

During the 80s and 90s, albums and concert tickets were the main income source for producers and music creators.

However, in the early 90s, sales declined, and so did the revenues while MTV shifted its focus, and the notion of a 24-hour music channel was discarded as reality shows began reigning over the channel.

However, that was not the end of the era of music video production.

The launch of YouTube in 2005 caused a major stir and helped in the music industry’s revival. As the industry grew by leaps and bounds, it garnered attention from marketers who saw major potential in combining brand endorsement and advertising with music videos.

While it meant an additional income stream for music producers, it also meant increased reach for the brand through artists and their videos. The notion of monetizing music videos was hence beneficial in every way for artists and brands both.

For instance, Telephone by Lady Gaga has around nine brand endorsements, including the likes of Virgin Mobile, Miracle Whip, and Diet Coke. The video has been viewed over 423M times. Imagine the outreach the brands can get from such exposure.

As technology became rampant, it was time to go back to the basics and explore the concept of making low-budget music videos.

Since the censorship of broadcast TV did not bind producers and artists, it paved the way for them to explore the possibility of introducing new ideas that couldn’t be broadcasted on TV.

In recent years, the growth of the music video production industry can be attributed to the advent of social media and technology and easy access to platforms and tools.

As the price of digital cameras goes down with competitive rates and an improvement in the quality of the images, video makers can now produce content that is comparable to high-budgeted videos and movies.

This has led to an explosion of music videos, and with the sheer influx of music videos created and released each day, it is now more important than ever to create an impressive narrative and determine effective ways to reach the audience.

At the same time, the importance of quality content cannot be denied, which is why Gear Seven is dedicated to providing the best quality work at par with contemporary industry standards. Their work is a true reflection of creativity, innovation, and potential.

Whether a single, an album, a live performance, or an official narrative video, Gear Seven caters to all kinds of music video production, and their work speaks for itself. Contact Gear Seven for quality work and complete satisfaction.