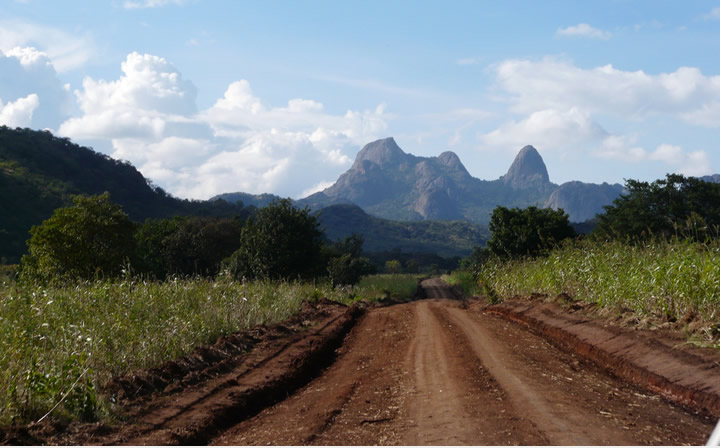 Uganda is dubbed as the “pearl of Africa”, a name that was given to the East African country by Sir Winston Churchill. The British premier who had traversed Kenya, Sudan, and South Africa was surprised by the beauty of Uganda, a landlocked country in East Africa.

According to his book, My African Journey, Winston was surprised with the existence of the lashing green landscapes blended with unique physical features and beautiful wild animals that he called beasts.

For over a century, Uganda has kept its beauty a secret! For travelers who go on safaris in Uganda, it is not difficult to see the same things that the great man saw in the 1900s. This small East African country hosts several beautiful natural wonders that are worthy to explore on a safari. 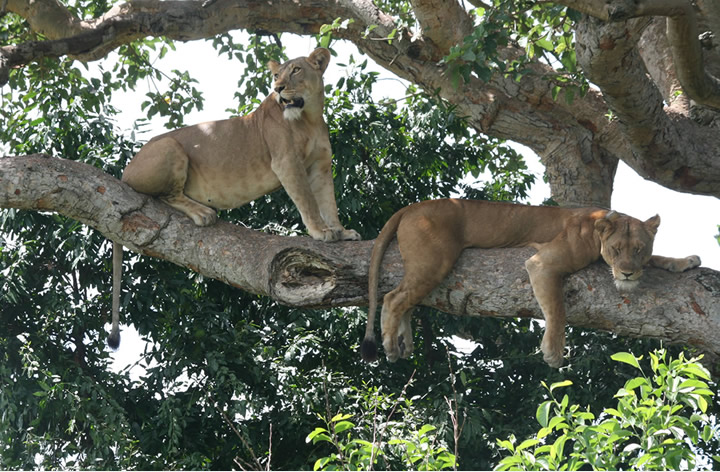 From the endangered mountain gorillas to unique cultural experiences, there are those attractions that may make a tourist go wild upon experiencing them. Because of these phenomenon attractions, Uganda is one of the mainstays in Africa tourism as millions of people around the world come to the motherland to encounter them.

There are many things to see and do while in Uganda. Here are some of the attractions that highlight a memorable holiday through the Pearl of Africa.

Uganda has half of the world’s population of mountain gorillas in Bwindi Impenetrable Forest, a tropical rain forest in the highlands of the southwestern part of the country.

Amongst the various species of gorillas, the mountain gorillas are the only ones that can never be found in zoos and this implies that if you do not travel to Africa, you may never get an opportunity of seeing a mountain gorilla.

Apart from these animals being rare in the world, the mountain gorillas are very special. They are interesting animals to watch due to their social intelligence that leaves the visitors buzzing and yearning for more encounters. The mountain gorillas have the ability to use tools like stones and sticks to gather food and also build their shelters. 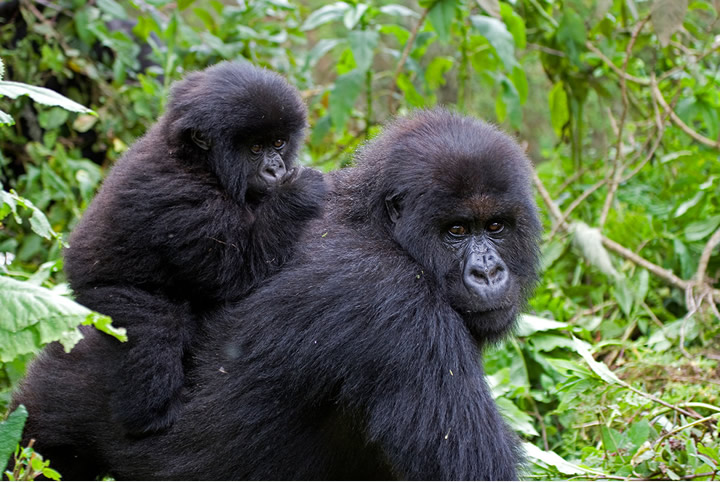 The communication amongst them is very intriguing in that one might think that human beings are the ones communicating.

Primate Watching is one of the unique things to do in Uganda. Of all primate adventures, chimpanzee tracking in the Kibale forest comes next to gorilla trekking in rewarding tourists.

Kibale national park is the capital of common primates in the whole of Africa. It has 14 different species of primates and the most notable ones are the chimpanzees, grey-cheeked mangabey, red-tailed monkey, Ugandan colobus, blue monkeys, black and white colobus, and so forth.

It is very exciting to go chimpanzee tracking in Uganda since these great apes have so much similarity with mankind. Scientific studies show that chimpanzees are the closest relatives of man in the animal kingdom with a 98.7% DNA similarity.

The intelligent relating and stories of the chimpanzees are very exhilarating and you will experience this thrilling wild encounter in Uganda.

There are very few places in Africa where you can find the big five animals (lions, leopards, rhinos, elephants, and buffaloes) at the same time. This happens in the Murchison Falls National Park the second largest biodiversity in the whole of Africa. A safari to the northeastern part of Uganda will enable you to see the white rhinos at the Ziwa Rhino Sanctuary and the rest of the big four in the savanna game park.

On a game drive within the game park, a tourist is able to see amazing wildlife marauding in the savannah plains looking for survival while others quenching their thirst on the riverbank of the Victoria Nile.

The Rwenzoris which are commonly known as the mountains of the moons is found a few kilometers north of the equator, rising over 4000m above the floor of the Albertine Rift Valley.

The towering Rwenzori is a montane wonderland, the trails to the snow peaks following glacier-carved valleys filled with fantastically colored mosses and rare Afro-alpine plants.

This historical mountain is protected as the Rwenzori Mountains National Park, covering an area of 998 sq km.

A hike to the highest peak of the Rwenzoris takes about 6-7 days and there are several companies that manage the hikes.

Hikes involve staying in the basic huts and campsites that have been developed along the trails.

Whitewater rafting and viewing the source of the Nile in Jinja

Many tourists love visiting Jinja due to the fact that it is where the Nile starts its long journey to the north of Africa. As the Nile the longest river in the world flows through Jinja it leaves very great physical features like waterfalls, cliffs, tides, waves, and shores that enhance various tourism activities. One of the notable ones is the depression of its source that is viewed by many on boat rides while in Jinja.

There are also whitewater rafting activities where people maneuver deadly falls, waves, and tides on the rivers on-air pressured balloon boats at Itanda falls. These falls have the 6th-grade level which is the most dreadful level for rafting enthusiasts in the whole world. The tourists who visit Jinja for rafting have always found it one of the most hidden treasures the whole world should know.

The above-mentioned are just a few of lots of things to do during your holiday in Uganda. From East to West, lots of adventure activities await you to engage in so that you can have a lifetime safari experience.

Therefore, anyone interested in exploring Uganda, you have plenty to choose from and if you would like to do the most popular some of the above adventures should not miss on your bucket list to have an epic safari.