The Oklahoma zoo previously owned by Joe Exotic and featured on Netflix’s Tiger King is being investigated by wildlife authorities after PETA launched new animal mistreatment allegations this week.

Three juvenile lions were photographed inside a cage with various wounds and lesions on their bodies.

One lion had bloody, open wounds on both ears and another had open lesions on its right forelimb. 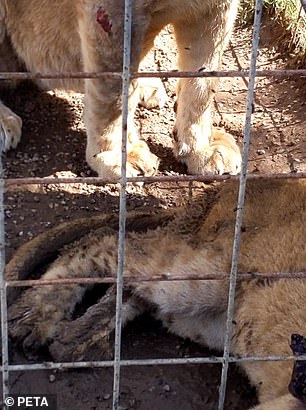 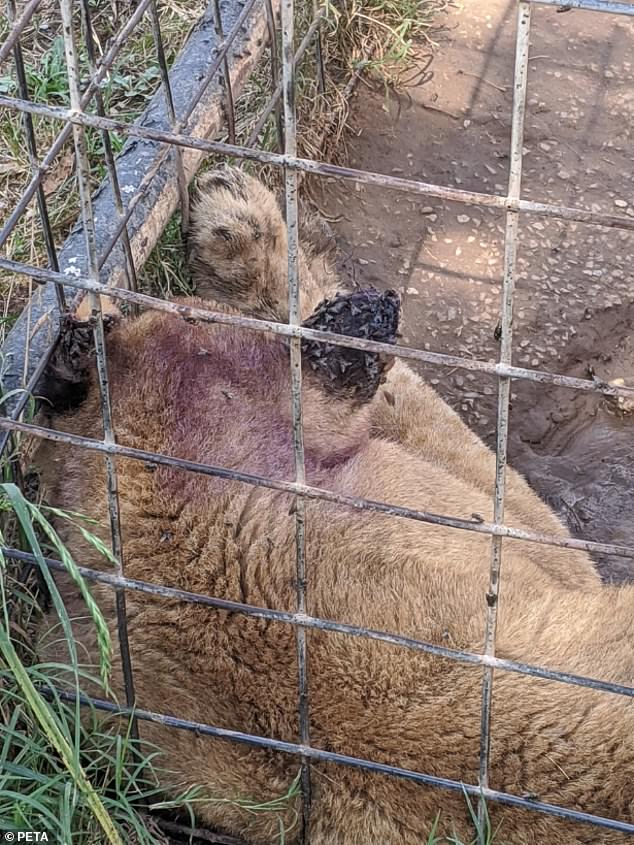 A third juvenile lion was reportedly suffering from ‘flystrike,’ according to a press release from PETA

A third lion had its ears covered in ‘flystrike,’ which is a painful, sometimes fatal condition that affects animals when flies bite an animal and lay eggs.

The eggs will hatch into maggots that will essentially eat their skin away. It usually occurs in unsanitary places.

Footage from PETA showed the lion suffering from flystrike resting inside a cage as the small insects swarmed.

If not given proper care immediately, veterinarians who observed the photos said the lion risks losing its ears.

The evidence was provided to PETA by a concerned whistleblower, according to a press release from the animal rights organization. 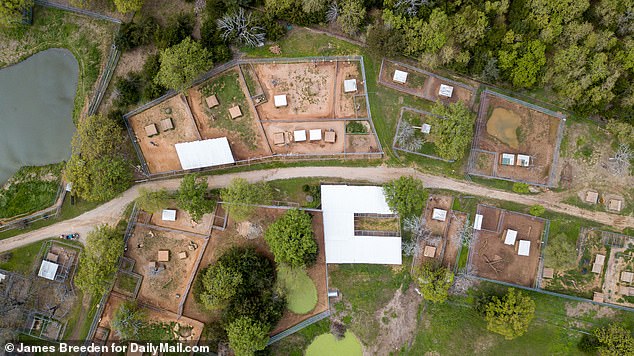 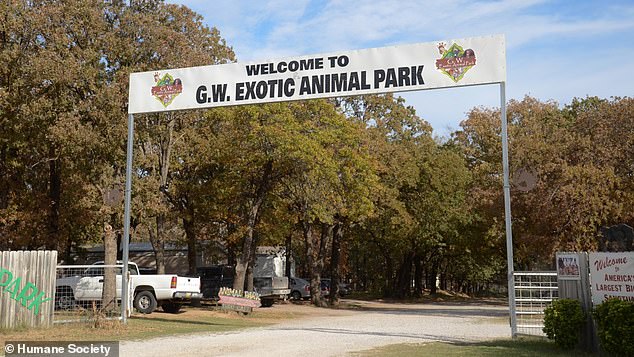 Jeff Lowe, who briefly took over the zoo after Exotic was jailed this year, told TMZ that PETA’s allegations are unfounded and that the animals are being treated.

He said the zoo spends thousands a month on medication for its various big cats and other animals, as well as fly repellent.

Lowe claimed that flies have always been an issue for the zoo because it’s near a large horse farm. He hopes to transfer the animals to a new zoo he’s building in Thackerville, Oklahoma, named ‘Tiger King Zoo.’

The publication added that the Oklahoma Department of Wildlife Conservation conducted an investigation and found that the animals were in ‘good shape.’ 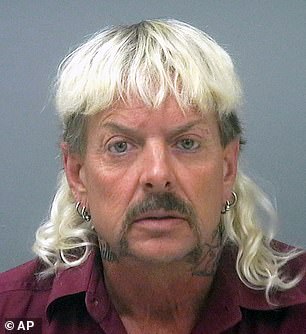 PETA said it contacted the United States Department of Agriculture to investigate the alleged mistreatment, but blasted the agency for allegedly allowing animal abuse to continue at the same park for years.

‘In the wake of Tiger King, the public eye is on the USDA to do its job and shut Lowe and his despicable roadside zoo down pronto.’

The Garvin County Sheriff’s Office on Thursday confirmed that the USDA, as well as several other agencies, have signed on to investigate the matter.

‘The Garvin County Sheriff’s Office has received numerous calls regarding the Greater Wynnewood Zoo and the welfare of animals,’ a statement on Facebook read.

‘We have requested the USDA, US Fish and Game and the Oklahoma Department of Wildlife start their own investigation. 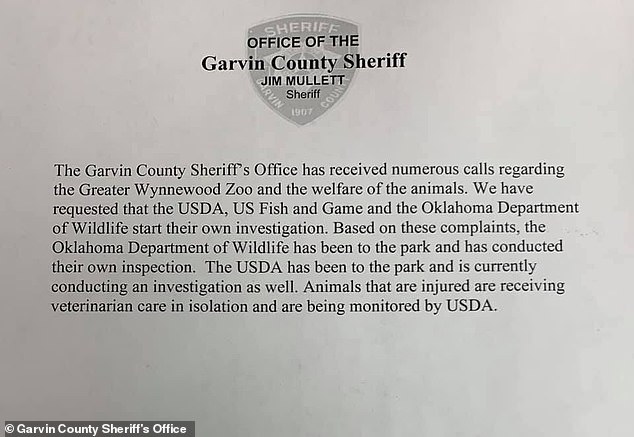 In a follow up statement, the department revealed that the USDA had removed a lion cub from the zoo on Monday and a big cat was placed in isolation for medical reasons.

‘If, based off the investigations, charges need to be filed, this office, along with the USDA, will submit charges,’ the department wrote.

The Greater Wynnewood Exotic Animal Park began topping headlines after it was prominently featured as part of the Netflix series Tiger King: Murder, Mayhem and Madness. 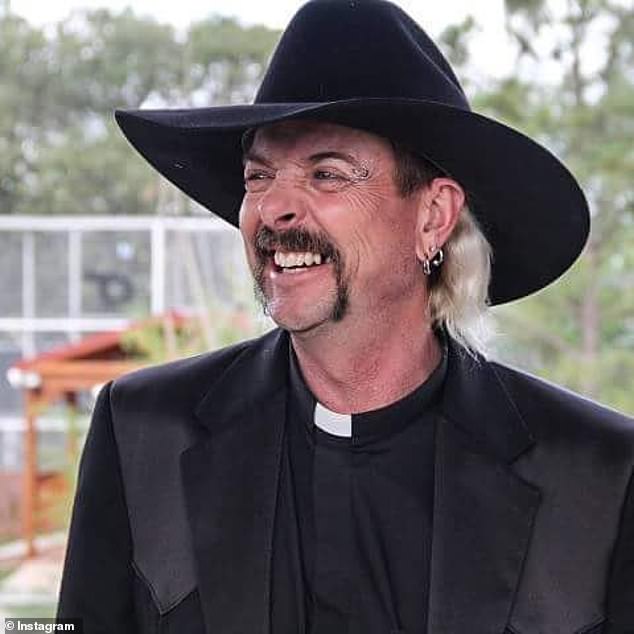 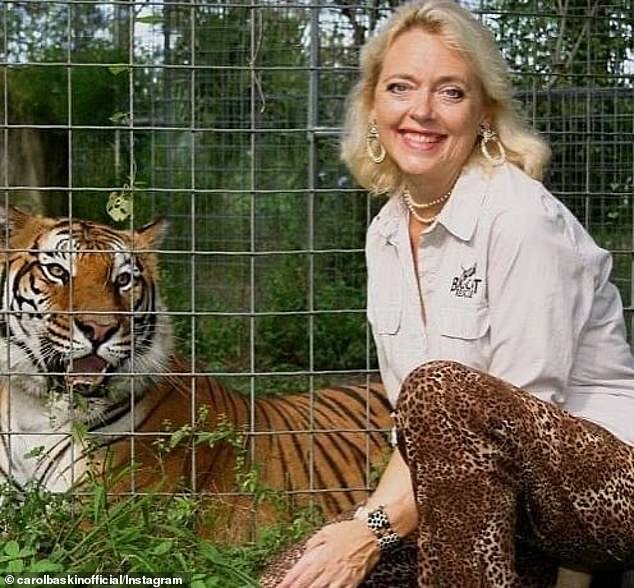 Carole Baskin (pictured), one of Exotic’s rivals, recently gained ownership of his zoo after he went to prison and a judge found a previous property transfer was fraudulent 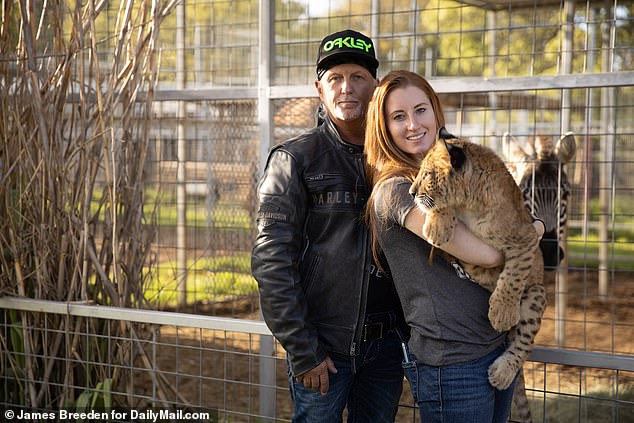 Jeff Lowe (left), pictured with his wife Lauren (right), has been running the park for the past few years

While he serves a 22-year sentence in prison, Exotic left the zoo to his former business partner, Jeff Lowe, and his wife, Lauren.

But a judge ruled that Exotic’s transfer of the zoo land to them a few years ago was fraudulent.

A judge later awarded Greater Wynnewood Exotic Animal Park to Baskin, but Lowe has 120 days to vacate the premises, including all of his exotic animals residing there.

It’s a large victory for Baskin, who owns the Big Cat Rescue sanctuary, because she for years accused Exotic of animal abuse and neglect of his several big cats.

Meanwhile, Exotic was finally released from solitary confinement and moved into a medical unit in prison after he was placed in isolation amid coronavirus fears.

His representatives announced on Instagram that he is now in a room ‘with a hospital bed and a window’ following a months-long campaign to have him removed. 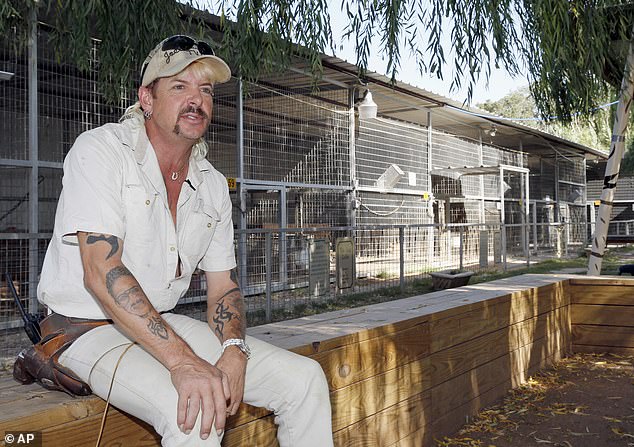 ‘Two thousand of you were kind enough to take time out of your busy lives, in spite of all that is going on in the world around us today, to write and ask that he be released,’ a statement posted on social media said.

‘For the first time in two years he is able to simply look out of a window into the world beyond while being lifted out of hopelessness and desperation by the kindness shown from all of you.’

Exotic’s release comes just days after husband, Dillon Passage, 22, said he hasn’t been able to see his spouse because he has been held in solitary for four months.

Passage told Australia’s The Sunday Project: ‘He’s still locked up in solitary confinement. He can’t have face-to-face visits. We only get to chat when he’s talking to his lawyers.

‘[He’s been in solitary confinement] four months, yeah. It’s cruel and unusual punishment to the max for sure.’

He added: ‘I’ve only been able to speak to him maybe six times since the show. It’s pretty ridiculous.’

Earlier this month DailyMailTV also obtained a letter penned by Joe that detailed his torment in isolation behind bars. 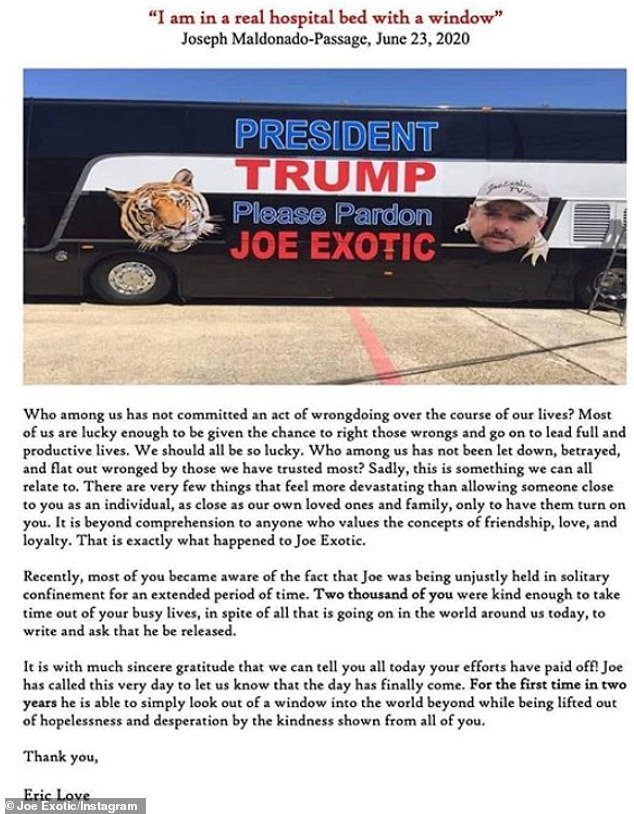 Exotic wrote to pen pal and fan Kathleen Lafferty describing how his soul ‘dies a little each day’ and how his ‘heart will stop like an animal’ while he’s locked up.

In a second note titled ‘Media Statement’, Joe begs Lafferty to be his voice to the public: ‘No email, 4 calls per month, no commissary like others get, unable to buy shampoo-conditioner or basic health care needs,’ he wrote.

He goes on to ask President Trump and his son Don Jr. to pardon him and ‘make the world smile during this pandemic.’

Joe’s lawyer, Francisco Hernandez, corroborated the claims the Tiger King star made in his letter to Lafferty.

‘He is in the Special Handling Unit for unexplained reasons,’ explained Hernandez, 55, a Criminal Law Specialist based in Texas.

‘The worst part about it is they’re denying him visits with his lawyers. You have a [constitutional] right to counsel.’

‘All his mail is being held up to a month and they’re screening mail from his attorneys.

‘It’s unprecedented. Why would they have you in solitary confinement if you haven’t done anything wrong?