Only the best for the Blakes! Zoë Foster Blake and husband Hamish travel with $6,000 designer luggage as they take their children overseas for the school holidays

Just like many other parents, Zoë Foster Blake and her husband Hamish are taking their children away for the school holidays.

But the Blakes certainly stood out when they arrived at Sydney International Airport on Monday to catch a flight overseas.

The famous family made a grand entrance inside the terminal with their very pricey luggage.

Only the best for the Blakes! Zoe Foster-Blake and husband Hamish were seen rolling their $4,000 designer luggage into Sydney International Airport on Monday as they headed on holidays with their children

Multimillionaire beauty mogul Zoe was seen rolling not one, but two fluorescent yellow Rimowa suitcases – each worth a whopping $2000.

Despite being dressed down for the flight, the former beauty editor looked incredibly chic in a lavender tracksuit worn under a chocolate designer coat.

She accessorised with New Balance sneakers and a bright green designer handbag which matched her cases.

Makeup free, the brunette shielded her eyes with a pair of sunglasses inside the terminal. 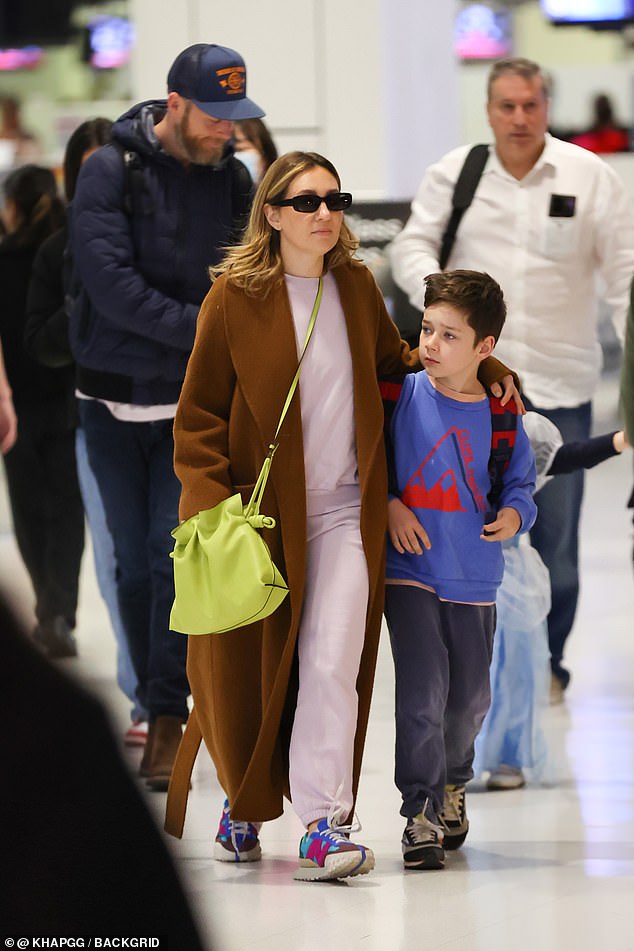 Despite being dressed down for the flight, the former beauty editor looked incredibly chic in a lavender tracksuit worn under a chocolate designer coat

He wheeled another Rimowa cases through the airport, the same as Zoe’s but in blue.

Zoë is one of Australia’s most successful entrepreneurs.

Last year she enjoyed an $89million payday after selling her controlling stake in Go-To.

Go-To had a boom in sales during the Covid-19 pandemic, which helped secure its founder a place on the Australian Financial Review Young Rich List.

The ASX-listed company is also behind Aussie skincare brand Sukin, and has a lucrative five-year supplier deal with Chemist Warehouse.

BWX praised Go-To for providing its consumers with ‘simple, trusted and effective skincare products for the masstige market’.

The term ‘masstige’ refers to mass-produced, inexpensive goods that are marketed as luxurious. 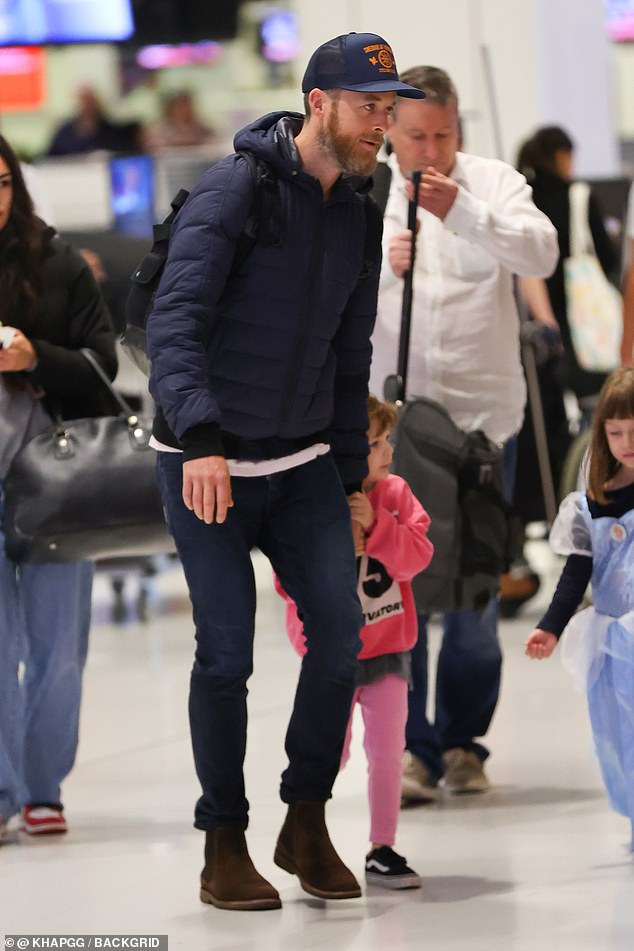 Hamish was ever the doting dad, holding the hand of his

Zoë is said to have pocketed about $30million from the deal, bringing her net worth to an estimated $36million.

She married comedian and radio personality Hamish Blake in 2012.

The couple, who previously lived in Melbourne, moved last year to Sydney, where they snapped up a $8.925million family home in the eastern suburbs.