Zoe Ball ‘asks BBC to pay her LESS because she feels uncomfortable with £1million pay rise that took her salary to £1.36m a year’

BBC star Zoe Ball has asked the BBC to pay her less because she feels ‘uncomfortable’ with a £1million pay rise, according to reports.

The Radio Two Breakfast Show host saw her salary rise to £1.36million-a-year in 2019 – the year she took over the hot seat from Chris Evans.

She became the BBC’s top earner when Match of the Day host Gary Lineker recently agreed to take a 23 per cent pay cut when he signed a new five year deal with the broadcaster.

But now Ms Ball, who host of Strictly It Takes Two, is also set for a pay cut, at her own request, according to The Sun.

BBC star Zoe Ball has asked the BBC to pay her less because she feels ‘uncomfortable’ with a £1million pay rise, according to reports. The Radio 2 Breakfast Show host saw her salary rise to £1.36million-a-year in 2019 – the year she took over the hot seat from Chris Evans

The 49-year-old intends to drop back below the former England striker turned football show host, who is set to earn around £1.3million-a-year after his pay cut, the paper says.

A BBC source told the Sun: ‘Zoe was given a very big pay rise when she took on the job because the gender pay row at the BBC was raging and she was replacing a man on a big wage in a high-profile job.

‘She has always been thankful for the wage she earns, and she does work very hard, getting up at 4am daily and putting in long hours.

‘But in the current climate, and during a pandemic, she has felt increasingly uncomfortable about how much she earns so has requested that it is reduced.’

According to the BBC’s top earner report, which publishes the earnings of all the on-air talent at the BBC earning more than £150,000-a-year, Ms Ball was taking home around £370,000 prior to her big pay rise. 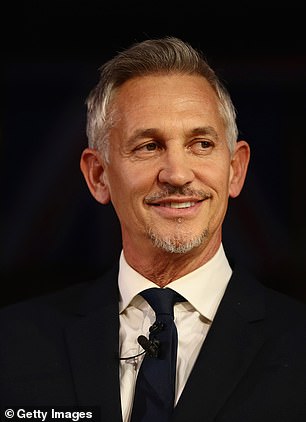 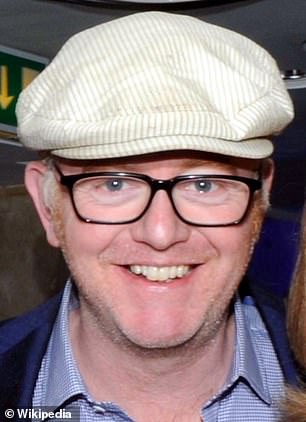 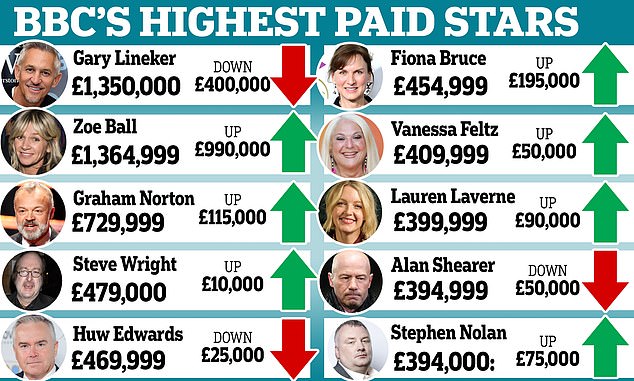 However the rise attracted criticism when it was revealed she had attracted the lowest number of listeners to the show in a decade.

The figures, released last October, showed the audience numbers dropped by almost a million, to 7.9million, compared with the 8.82million weekly listeners that Mr Evans had in the same period a year earlier.

In the same figures, Radio 4’s Today also recorded its worst figures in a decade, while BBC boss Tim Davie defended Ms Ball’s figures as being down to a ‘punchy’ market.

He also described her as ‘a broadcaster at the top of her game’.

Meanwhile, the reported pay-cut claims for Ms Ball come as she is set to begin negotiations with with the BBC ‘in the coming weeks’.

She is expected to sign a new deal due to start in January.

MailOnline has contacted the BBC and Ms Ball’s representatives for comment.