Ukrainian president Zelensky has urged wavering Russian conscripts to sabotage the army from within – or abandon their posts and flee to ‘free territory’ within Ukraine.

In a televised address, the Kyiv leader told those set to be sent to the front by Putin: ‘Hide from the Russian mobilisation by any means. Avoid conscription letters. Try to get to the free territory of Ukraine.

‘But if you get into the Russian army, sabotage any activity of the enemy, hinder any Russian operations, provide us with any important information about the occupiers – their bases, headquarters, warehouses with ammunition.

President Zelensky is today meeting the families of slain Ukrainian soldiers in Kyiv. He has handed posthumous Golden Star medals to the wives and children of fallen servicemen 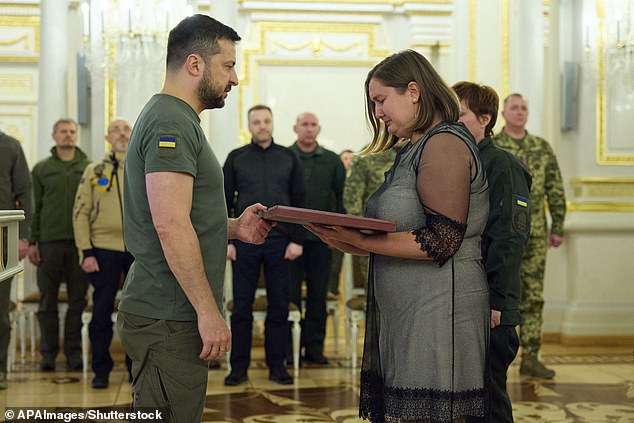 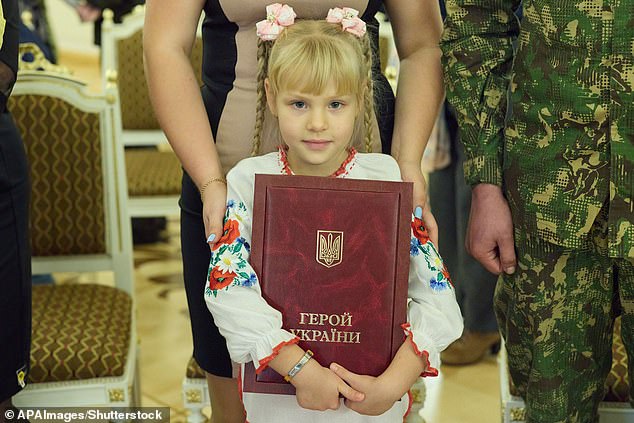 ‘And at the first opportunity, switch to our positions. Do everything to save your life and help liberate Ukraine.’

It came hours before EU foreign policy chief Josep Borrell warned that the Kremlin boss is not bluffing about his willingness to use nuclear weapons in the flailing invasion.

Putin boasted last week that Russia had ‘various weapons of destruction’ and was willing to use ‘all the means available to us’, adding: ‘I’m not bluffing.’

Borrell told the BBC this morning: ‘Certainly it’s a dangerous moment because the Russian army has been pushed into a corner, and Putin’s reaction – threatening using nuclear arms – it’s very bad. 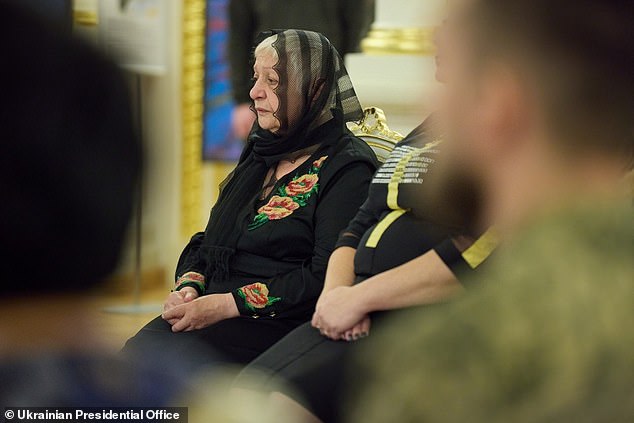 The mother of a fallen soldier, dressed in black, waits to receive the award on her son’s behalf 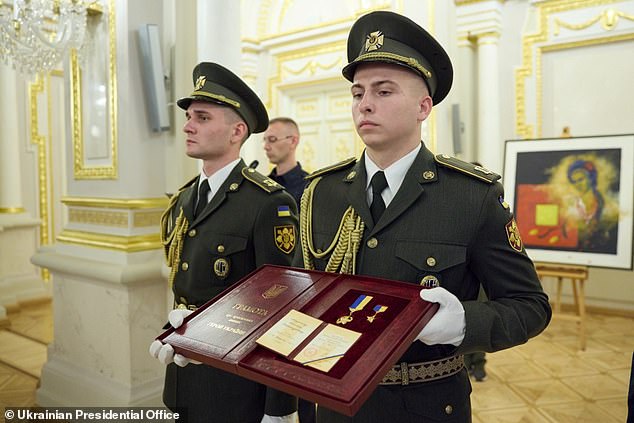 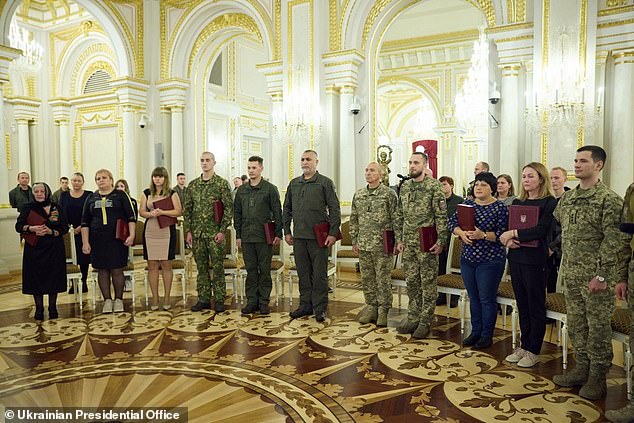 ‘When people say it is not a bluff, you have to take them seriously.’

Russia’s disastrous invasion of its neighbour has again been exposed as a shambles with dead men sought for enrolment by desperate commanding officers.

Videos also show reluctant conscripts at recruitment offices and staging points hitting the bottle and drinking themselves senseless as military commanders try to coral them into order before boarding buses and planes.

Meanwhile, flights out of Russia have sold out and border crossings into nearby Armenia, Georgia and Kazakhstan are gridlocked by up to 30 hours as enterprising Russians turn to scooters to beat the queues out of Putin’s totalitarian nightmare.

Walking to the border point is not allowed, but scooters have been so far permitted, and local entrepreneurs are selling them to Russians seeking to flee Putin’s call-up.