Zara McDermott pulled out all the stops to make her Made In Chelsea boyfriend Sam Thompson feel special on his 30th birthday in Marbella on Tuesday.

Influencer Zara, 25, looked incredible in a colourful bandeau bikini worn with a cream crocheted sarong as she took her love out to dinner and planted lots of passionate kisses on him.

She wore her brunette hair in a bun and wore minimal make-up for the beach outing, while Sam wore an open shirt and shorts, purple board shorts and khaki coloured Crocs. 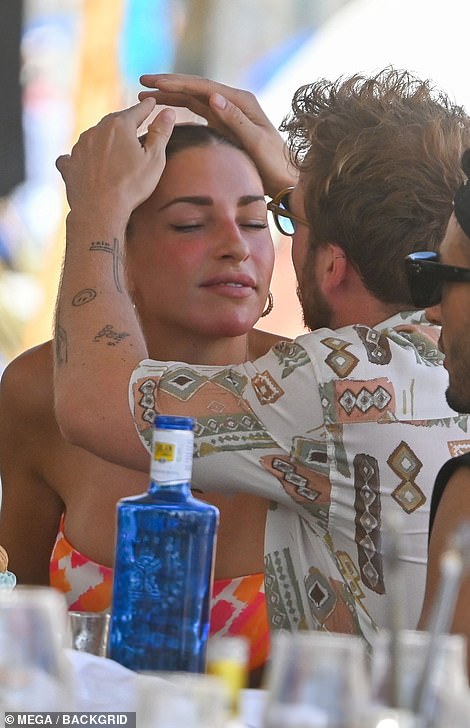 Close: She took her love out to dinner and planted lots of passionate kisses on him

The couple, along with friends, appeared to be having a great time, with Zara choosing to spectate as Sam and a pal indulged in a go on a flying fish inflatable.

While Zara and Sam have fun in Spain, his older sister Louise, 32, revealed over the weekend that she wouldn’t be attending the holiday for his birthday celebrations.

Referencing her ongoing recovery from PTSD after she almost died while giving birth to her baby son Leo, Louise wrote: ‘I am SOOO sad not to be travelling to Spain with Sam for his 30th today. 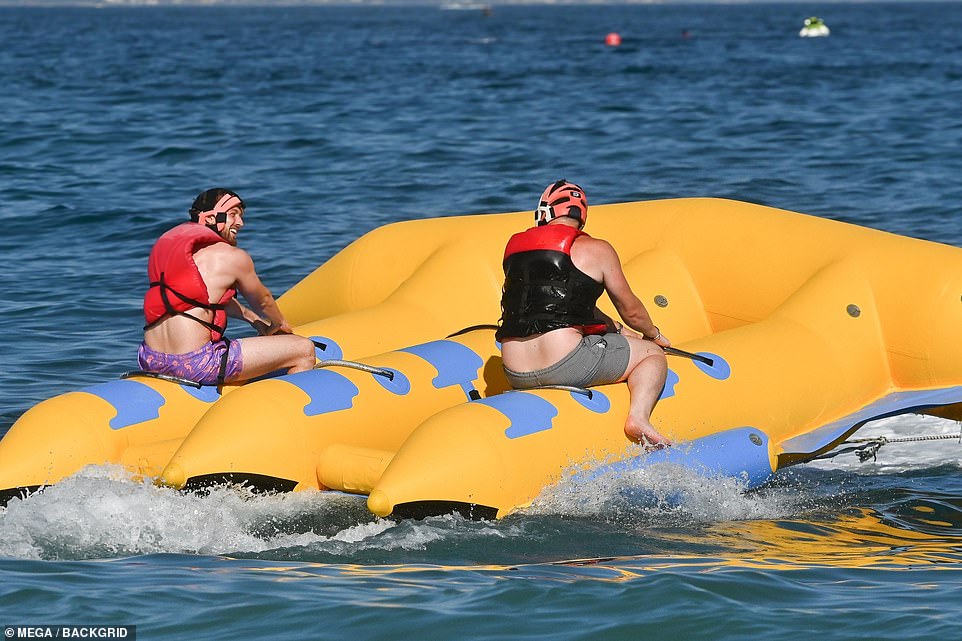 Up they go! The couple, along with friends, appeared to be having a great time, with Zara choosing to spectate as Sam and a pal indulged in a go on a flying fish inflatable 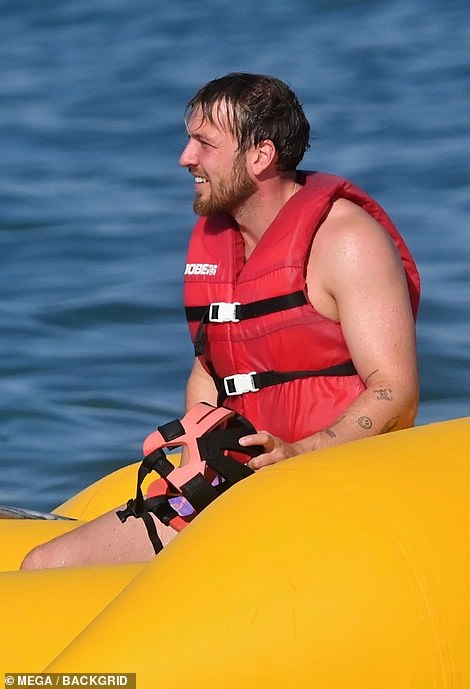 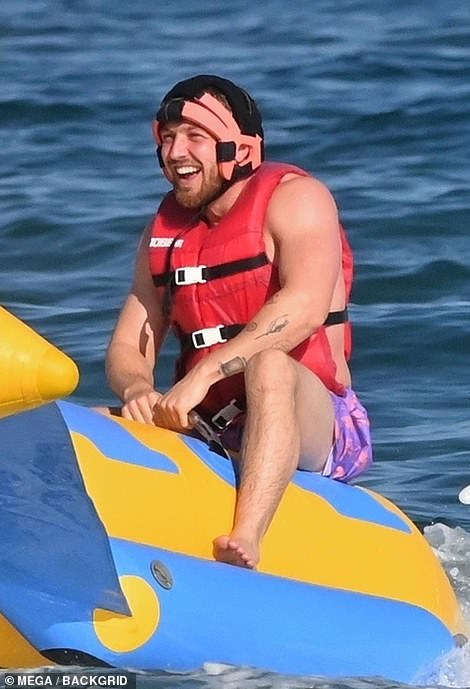 Wet ‘n’ wild: Sam appeared to be having a great time as he got stuck into the water sports 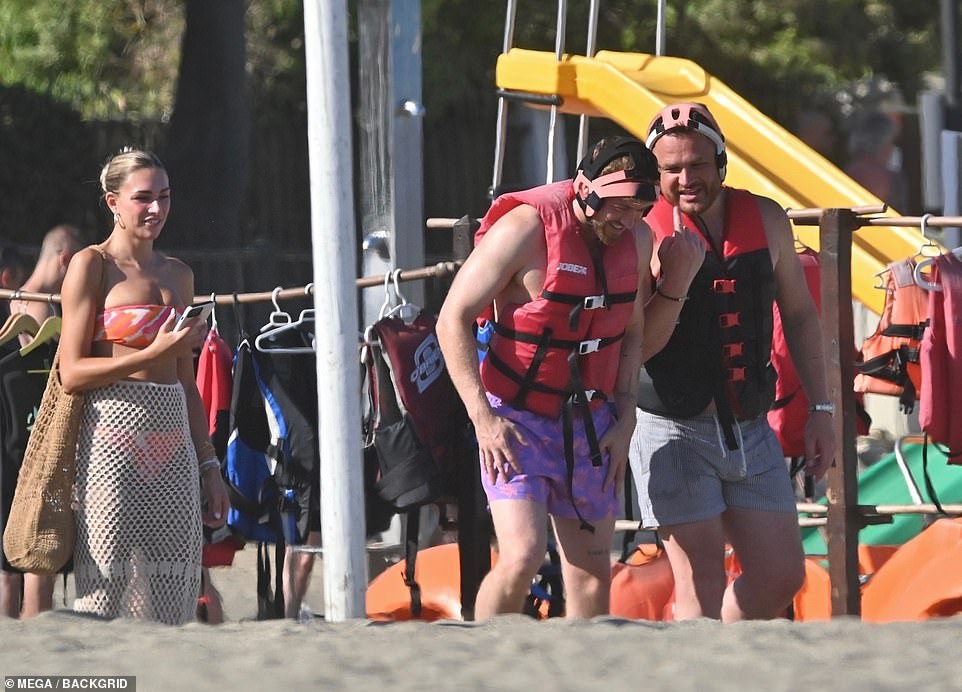 Snapping away: Zara giggled as she prepared to take videos of Sam and his pal out on the water

Stunner: Zara showed off her golden glow as she watched her beau in the water, but didn’t head in herself

She added: ‘This year couldn’t have turned out further from how I imagined. Literally thought 2022 was going to be THE ONE.’

Louise has closely documented her struggle with her followers and was recently admitted to hospital, where she felt ‘more safe’ during her recent stay in hospital than at home as she could focus solely on her own health.

Sam and Zara confirmed their relationship in May 2019, telling OK Magazine that Zara made the first move. ‘She slid into my DMs. It was great and I’m glad she did,’ Sam revealed. 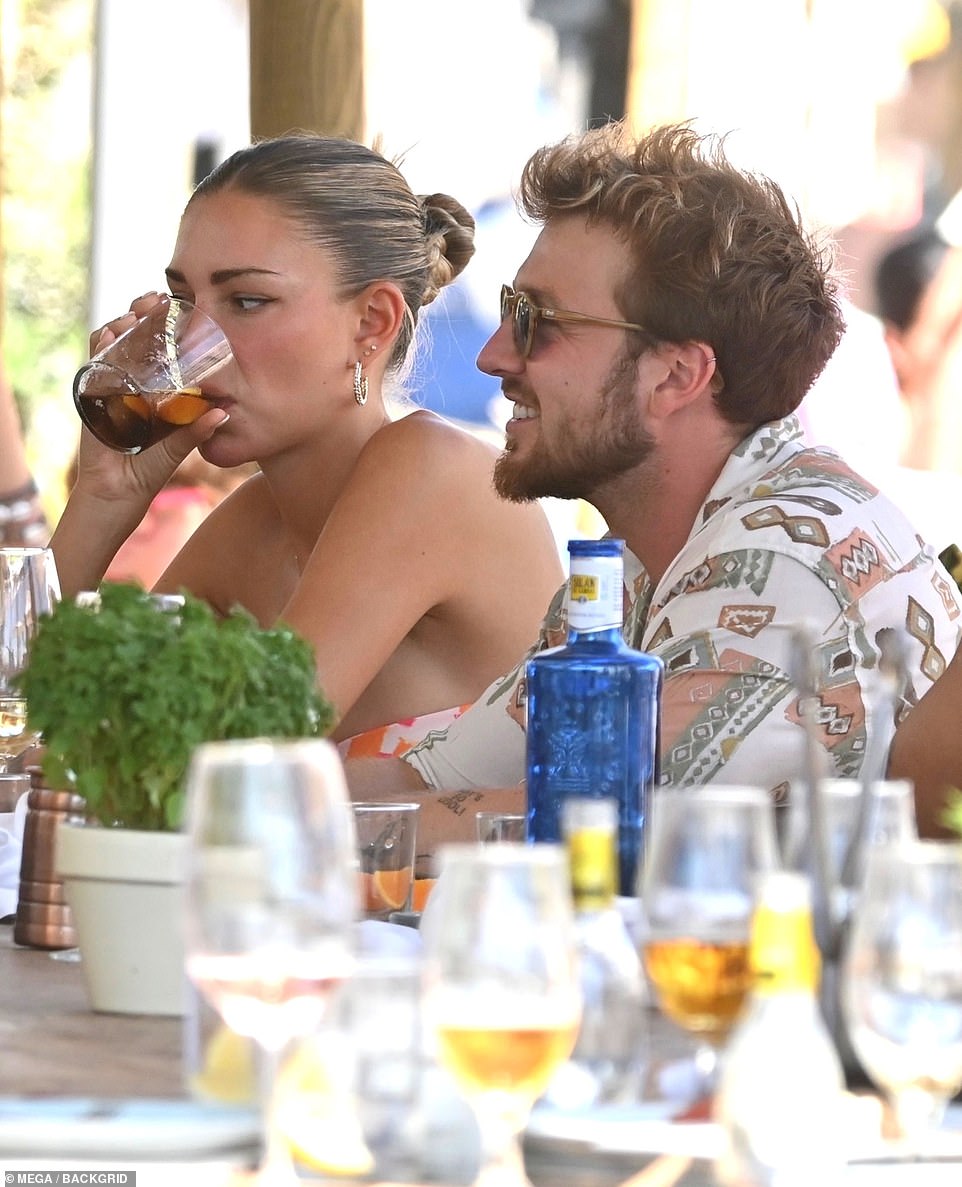 One to remember: Zara has tried to make Sam’s birthday a very special one by all accounts

Something making her chuckle? Zara (left) was glued to her phone as she walked along the golden sands

They briefly split but got back a few months later in November 2020 after Sam forgave Zara for cheating on him.

A source told MailOnline exclusively at the time: ‘They are certainly back together again. This finally happened about two weeks ago now. He took her back.’

Sam had previously stated on Made In Chelsea that their 16-month relationship was well and truly over, following revelations Zara had cheated. 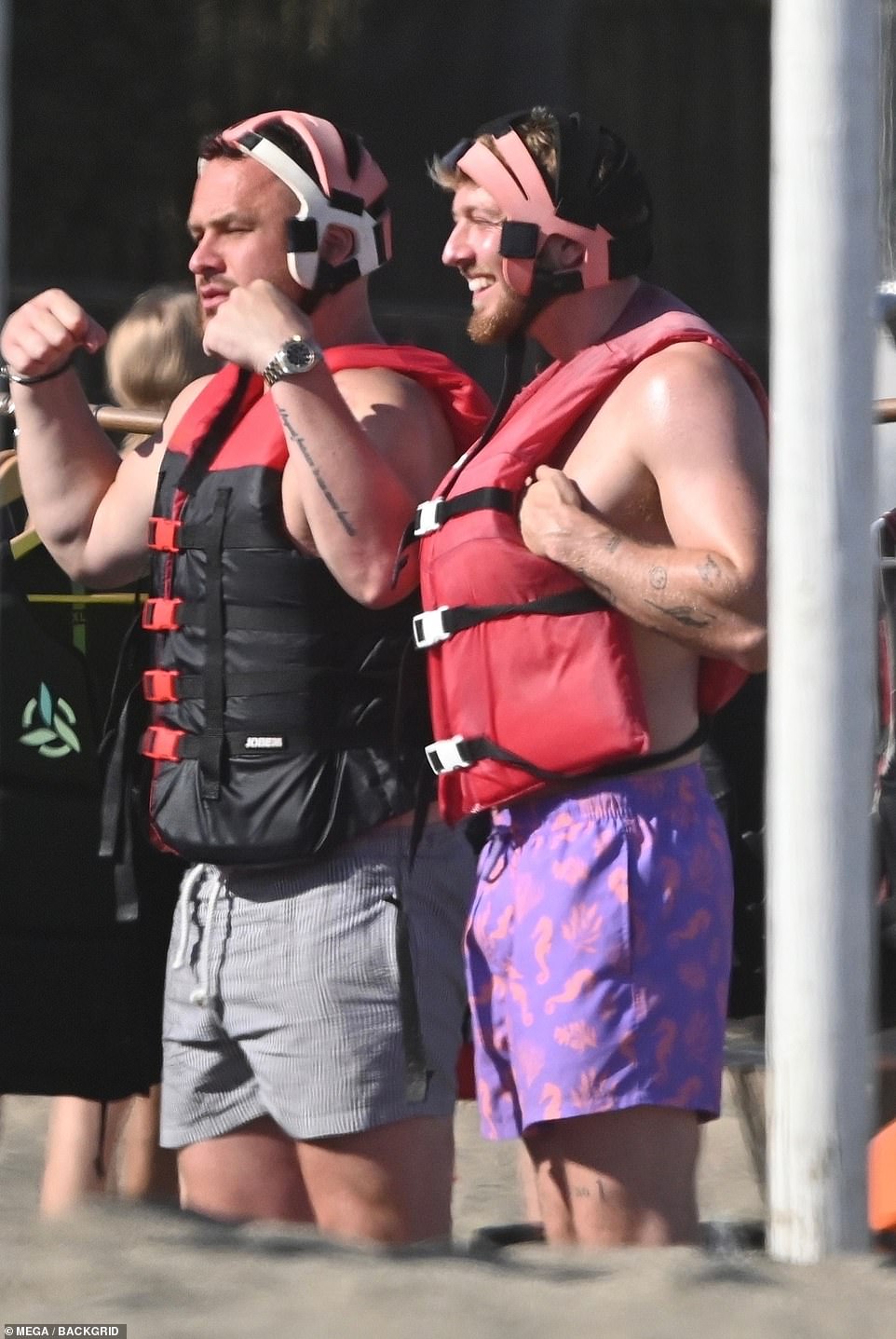 Let’s go, boys! Sam’s pal clenched his fists in delight as they enjoyed some fun in the sun 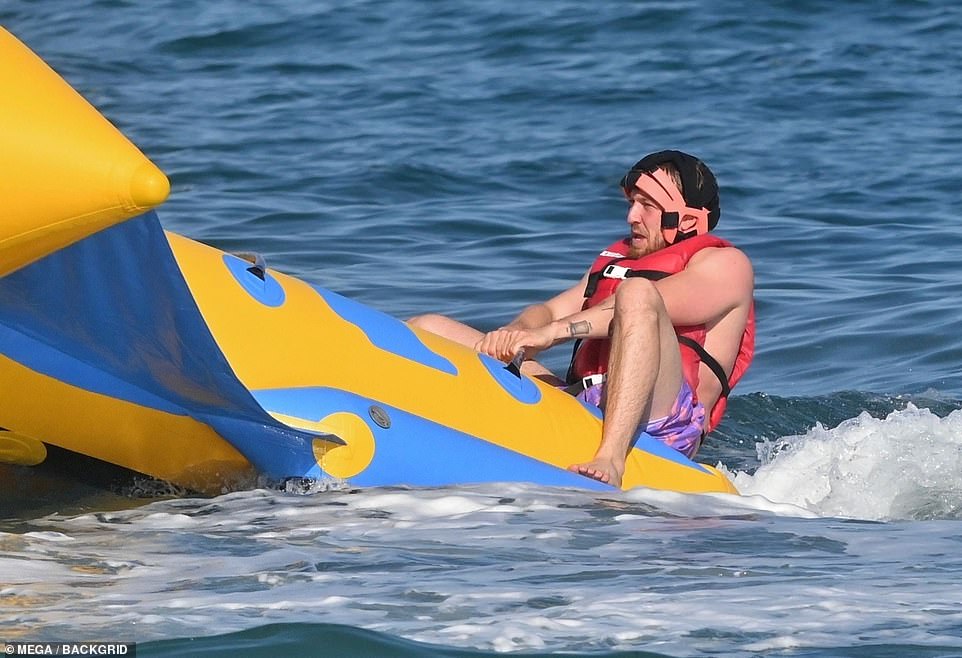 Hold on tight! Sam looked like he was giving his all to not fly off the flying fish 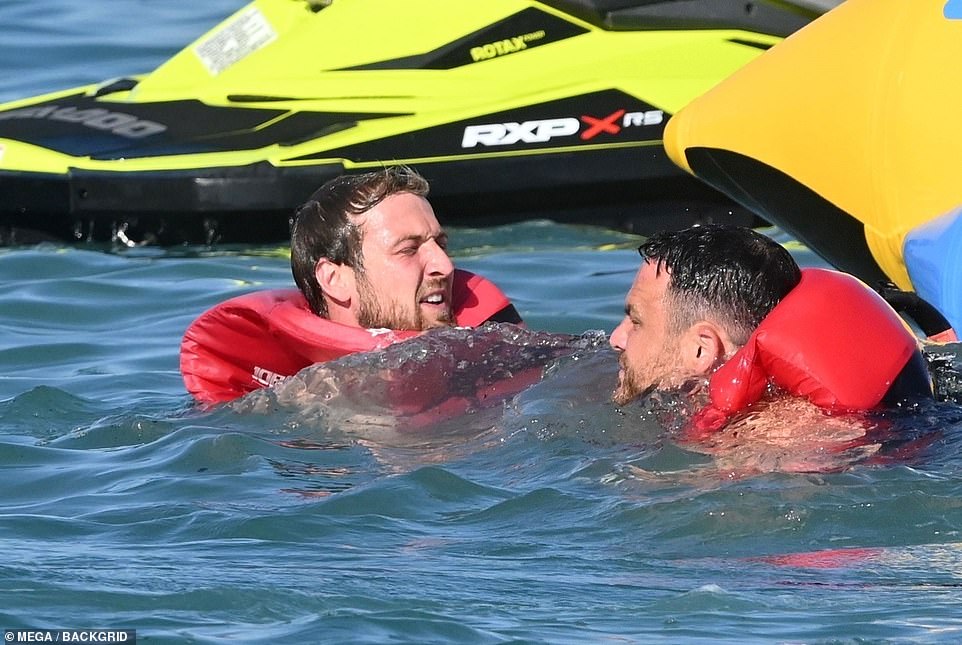 Making a splash: He and his pal grimaced as they landed in the water – luckily they were wearing life jackets