Zara Cooper was always ‘grossed out by the process of kissing boys’ as a teenager.

So when she met her husband, she was surprised that she didn’t feel revulsion when they locked lips.

The Melbourne mum said she ‘knew at that moment’ he would be the father of her children, yet was still acutely aware she didn’t ‘feel like all her friends did’ when they walked around the schoolyard talking about the boys they fancied.

Then 17 years later, the 39-year-old’s life turned upside down when she met Janine, another mum with a partner, at a child’s birthday party.

She immediately knew why she had never felt sparks fly with men – she was gay.

‘The whole world dissolved around us when we started talking. We were in some kind of vortex,’ Zara told FEMAIL.

‘Neither of us was the type of person to speak to a stranger but we had this magnetic, beyond-everything connection.’

The spell was broken when Zara’s eldest daughter entered the room to tell her mum it was time to head off to their next event. 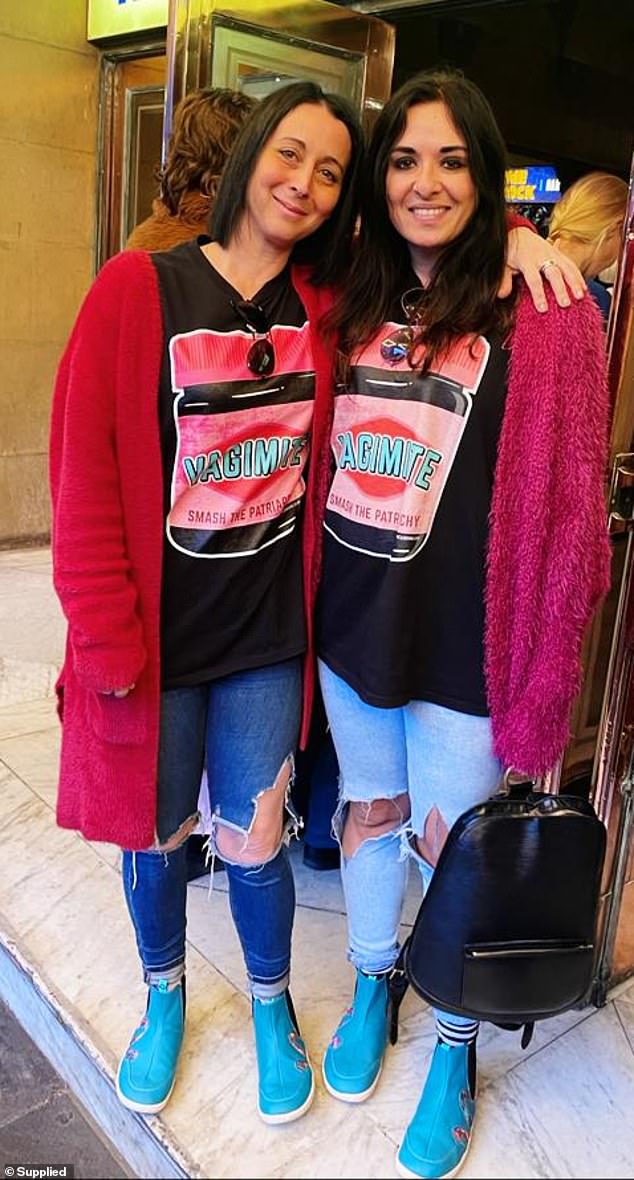 Pictured here with her soul mate Janine (pictured, left), a woman Zara (right) fell in love with at first sight, after both were invited to the same birthday party

‘When I saw her in my peripheral I was devastated, I thought “oh my God, it is over, how can this be over?”‘ Zara said.

But the electric feeling was mutual so the women added each other on Facebook and promised to chat again.

‘We had six parties booked and a family photo shoot booked in that day, and that was the first,’ Zara said.

When she hopped in the car, she told her husband all about the ‘incredible’ woman she had just met.

‘At this point I still didn’t really know I was gay, I just knew I needed to see her again,’ Zara said.

That night they met up for a drink – and they have been inseparable ever since.

‘It was so out of character for me, usually I am a slow burn, but we met up and the same thing happened, it was like we were the only people in the bar,’ Zara said.

‘Then it closed and we weren’t ready to go home so we hopped in a cab to Chapel Street just to keep the night going.’

Zara said ‘everything felt so right’ and described the moment she met Janine as seeing all the colours of the rainbow.

‘We have been together three years and I have no doubt that she is my person,’ she said.

But there was a key complication waiting for the women once they finally parted ways that evening – they both had partners and children.

Zara had Joel, and three children.

Janine was in a long-term relationship with another woman and had two little kids.

Zara, a businesswoman who lives in a somewhat conservative Jewish community, said Janine was the second woman she had developed feeling for. 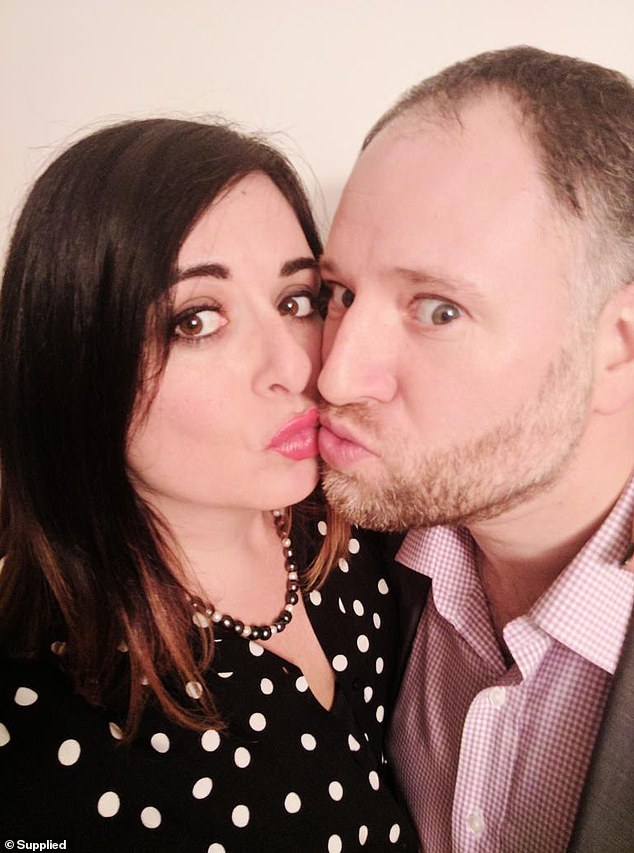 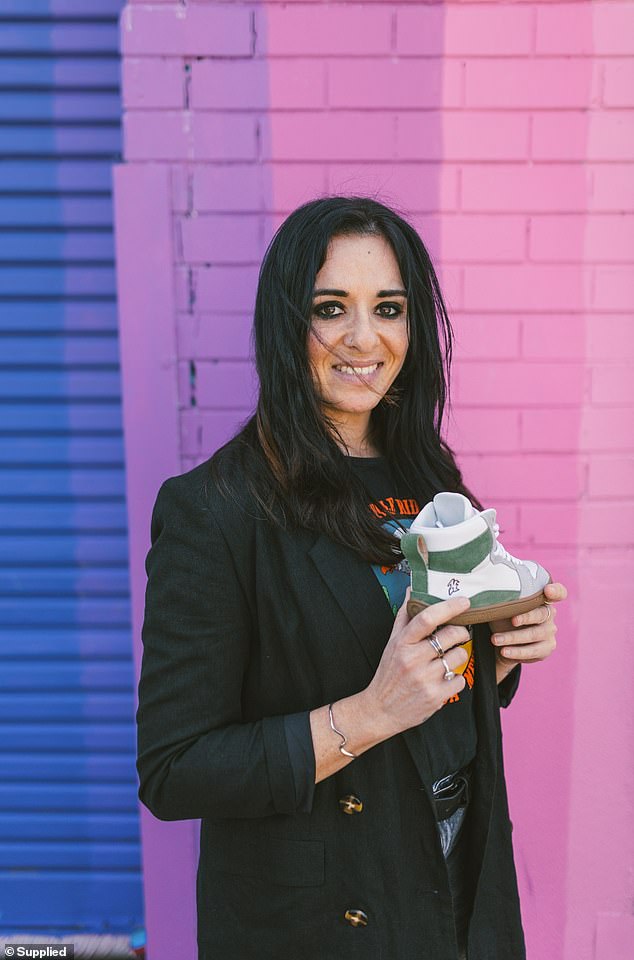 Three years earlier, aged 33, the mum had developed a ‘school girl’s crush’ on one of her best friends.

‘I would look for her car at the school gate, when we finally got to talking I realised she felt the same,’ Zara said.

‘After a year I started to imagine myself kissing her, I was open with my husband the whole time, but didn’t really believe I was gay… I just didn’t know what to think.’

Her friend wasn’t able to speak to her own partner about her feelings and the women went their own ways.

‘I had a conversation with my husband at the time and told him it wasn’t something I wanted to suppress, that I had to explore my sexuality,’ Zara said.

‘While I had powerful feelings for my friend, the immediate connection I felt with Janine was even stronger, and it has just grown since then.’ 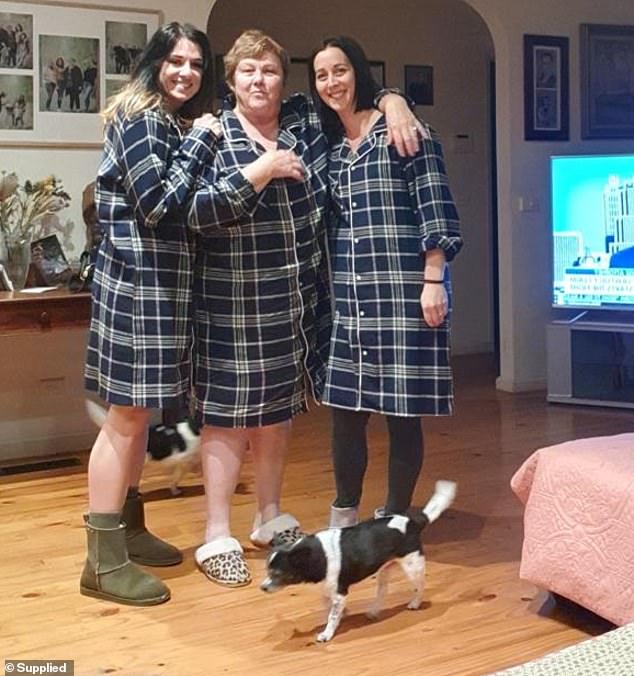 Their initial connection has only grown stronger, the couple are pictured here with Zara’s mum who was supportive from the outset

She pair ‘kept everything respectful’ before breaking their relationships off with their partners.

And they both give their partners credit for the way they handled the situation – especially given ‘how quick’ everything moved.

Zara spoke with her husband about Janine in December and was divorced by January.

‘There is still hurt there, but we deal with every situation as it comes up, and we all get along. Janine’s ex partner chats to Joel at the school gate, and has invited me to birthday parties at her house. And Janine and Joel get along really well,’ she said.

She admitted leaving her marriage was difficult.

‘It wasn’t a perfect marriage but Joel was a beautiful husband, and I feel for him because he never asked for any of this and as honest as I was, he wasn’t looking for a way out of the marriage,’ she said. 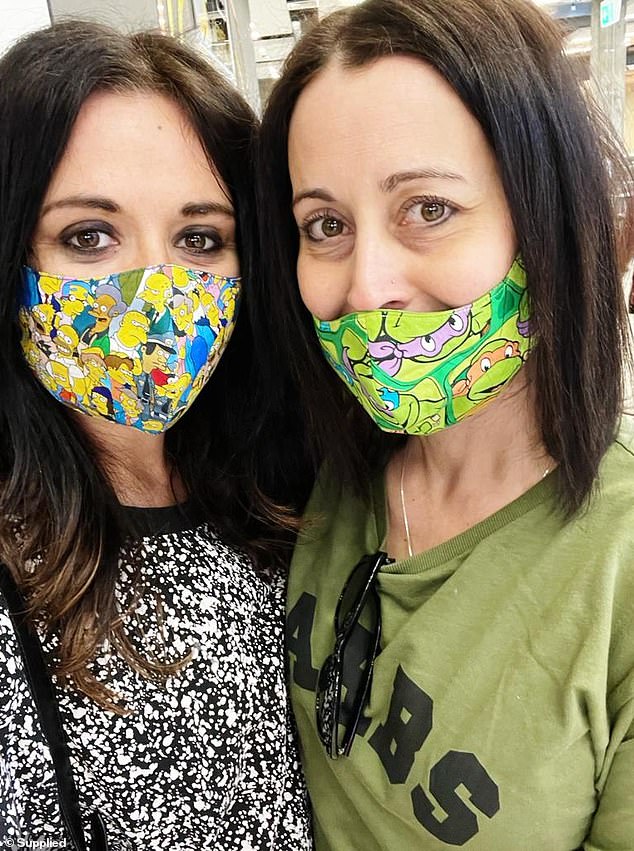 ‘But in hindsight I feel like if I had chosen to stay I would have felt trapped and lashed out. I didn’t know what I had to discover… I just knew I felt like a shadow of myself.’

Zara admitted that she was terrified at the thought of not enjoying sex with Janine.

‘I had never enjoyed having sex with a man, and had never revealed my body to anyone but Joel,’ she said.

‘I was scared I wouldn’t like being with a woman because that would mean there was something wrong with me, that I didn’t belong anywhere.’

Zara said she had always wanted to become a mother and had planned to have three children since ‘before she could remember’.

She believes these strong maternal feelings left little room for her to find her sexuality.

‘Once I had my third child I saw my friend in a different light, and I was also being hit on by lots of women,’ she said.

‘It was like the universe was saying I had ticked off that part of my life and was ready to find myself.’ 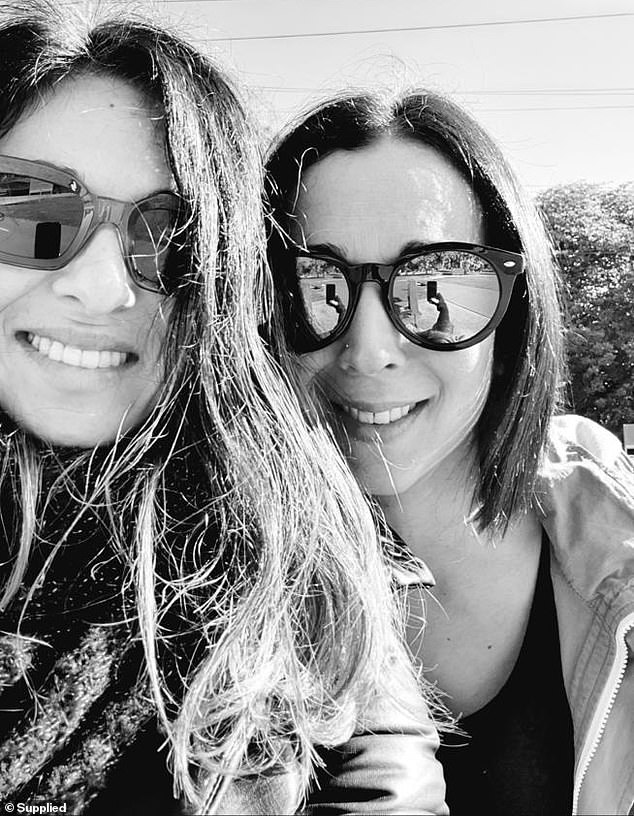 She and Janine now joke their blended family should be called the ‘Gaydie’ bunch.

They each have 50/50 custody with their former partners and live together during the ‘off weeks’.

‘We aren’t ready to live together with all five kids at the same time just yet, we want to take that side of things slow even though we would love to be with each other every moment of the day,’ she said.

‘And the kids love each other already like they are siblings. My youngest is five months older than her eldest and they are like twins. They sit in front of the television holding hands, it is very cute.

‘We also have lots of sleepovers.’

Zara wants other people to know it is okay to embrace their sexuality if it ‘creeps up on them’ like it did her.

She said being open and honest and respectful is important, especially if married like she was, but it is also essential to trust in yourself.

Zara said she was worried about how her children would react to the divorce and living between two homes, but said they are completely supportive.