A YouTube creator hoping to ‘leave his mark’ jumped off the Pennybacker Bridge in Austin and suffered a fractured skull.

The dangerous jump was performed last Monday by Saa Fomba, a YouTuber whose video of the event has garnered nearly 8,000 views in 48 hours.

As Fomba drove to the Pennybacker Bridge, which stands over the 1,450 mile Colorado River, he addressed the potentially fatal stunt to his audience.

‘I don’t see no fun in living a normal life,’ he says to the camera.

YouTuber Saa Fomba (pictured) jumped from the Pennybacker Bridge in Austin, Texas, on November 23 and fractured his skull 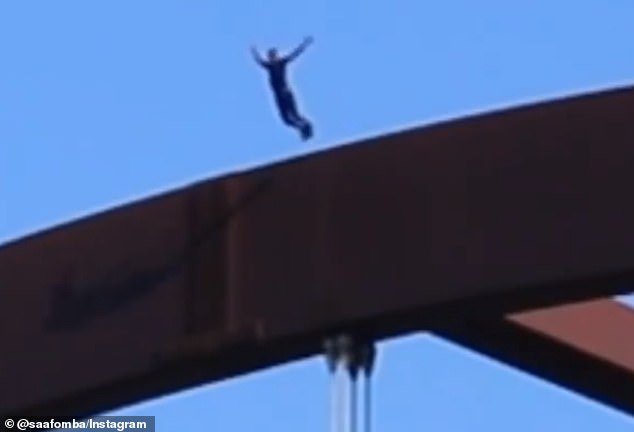 Footage shows Fomba waving his arms, counting to three and then jumping into the Colorado River (pictured) 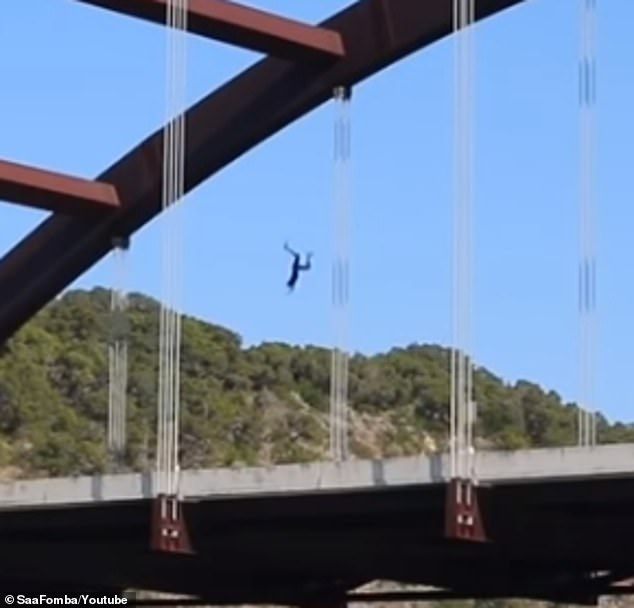 Pictured: Saa Fomba mid-fall on November 23 when he jumped from the top of the Pennybacker Bridge in Austin

The reckless stunt begins with Fomba climbing the Pennybacker Bridge’s massive arch over the North Capital of Texas Highway as friends film from below.

After reaching the peak, Fomba waves his arms, counts to three and takes the perilous leap into the water.

He lands with a frightening smack before emerging from the water with a grunt.

Fomba manages to flag down a passing boat while yelling ‘help’ and is eventually brought back to the shore.

The nearly 17-minute video continues with paramedics arriving to help Fomba, who lies on the ground while repeatedly clutching his head. 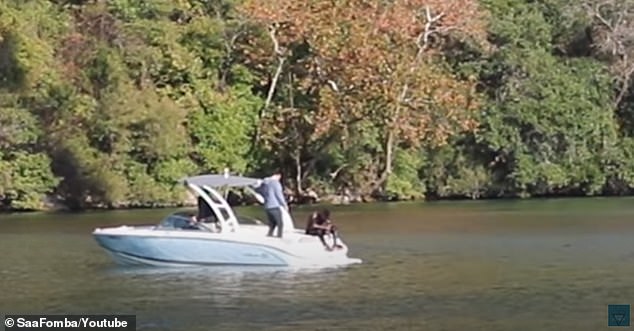 ‘I fractured part of my skull, bleeding a little bit. Then, I have a tube running through my chest,’ he says in the video.

He added: ‘People are texting me if it was worth it. No-one wished to get hurt.’

The Pennybacker Bridge has a 100 foot clearing to the water from the roadway, but the distance is much higher from the arch. 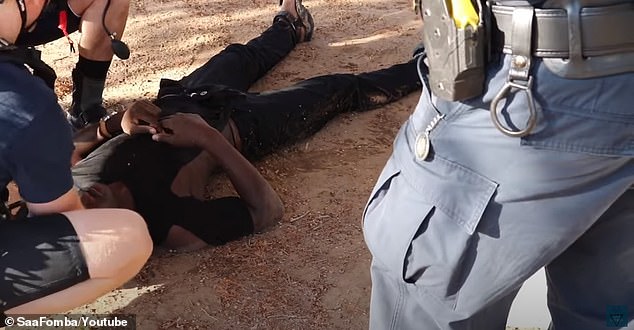 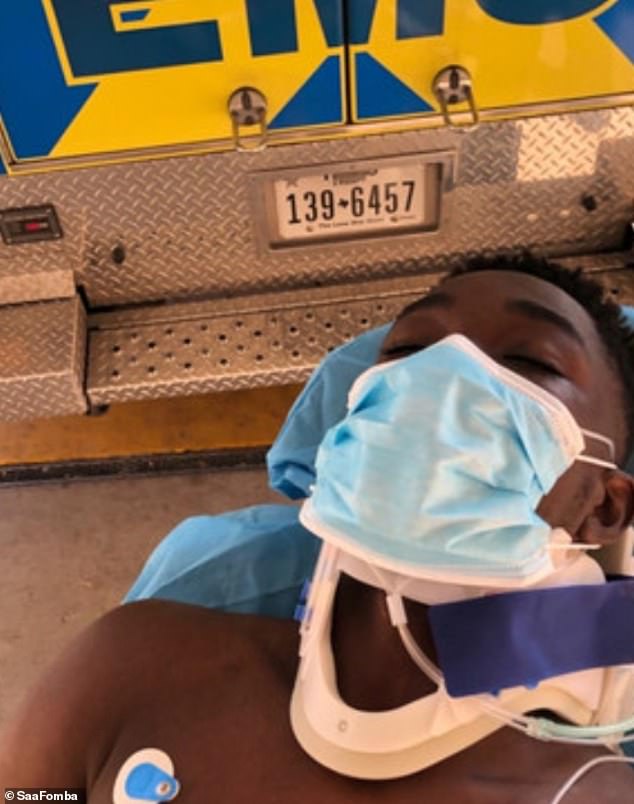 Pictured: Saa Fomba lying on a medical gurney with a neck brace before he’s transported to a local hospital 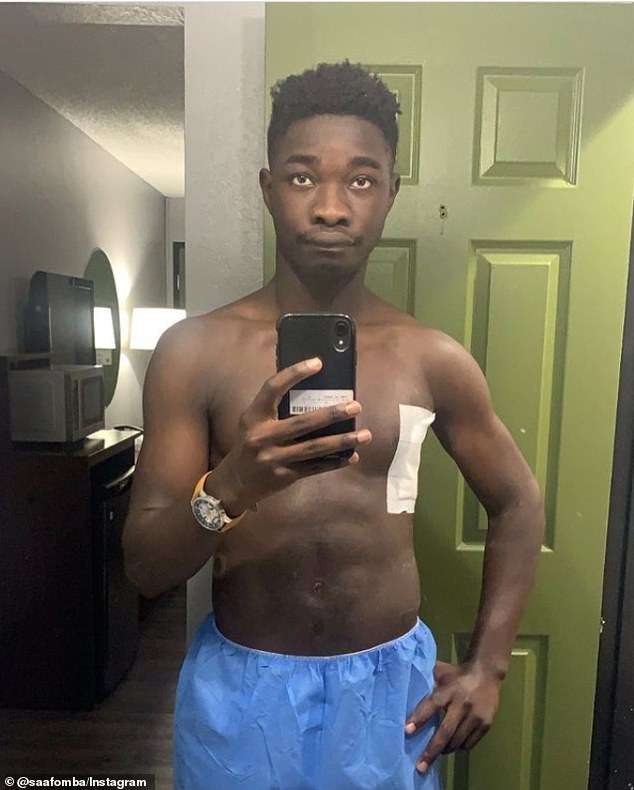 On Friday, Fomba revealed on Instagram that he was discharged from the hospital.

He explained they he spent the night in a motel after his car was towed from Pennybacker Bridge.

‘But hey,’ Fomba wrote, ‘it could always be worse and I’m grateful for everything I have.’

The footage was posted to his YouTube page on Friday. 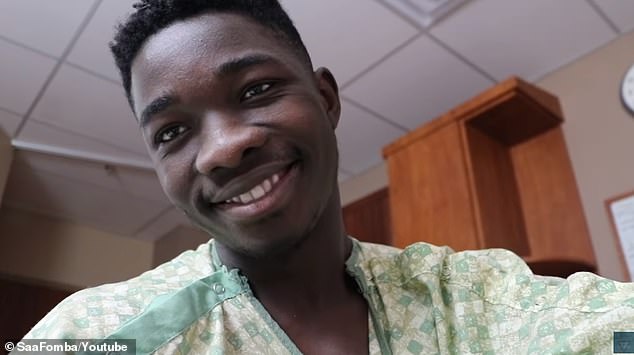 Saa Fomba (pictured): ‘You might see it as jumping for views, but I see more. I wasn’t built for just normal, I’m a dream chaser’

‘You might see it as jumping for views, but I see more. I wasn’t built for just normal, I’m a dream chaser,’ he wrote in the caption.

‘I don’t settle for less, I will leave my mark on this planet we call earth our home. ‘

It is illegal to jump from any bridge over the Colorado River.