EXPRESS INFORMER > News & Politics > YouTube influencer, 30, is in a relationship with a man 28 YEARS her senior

A couple with a 28-year age gap, who fell in love after meeting while they were working in retail, admit they’re frequently mistaken for being father and daughter.

Harriette Simmons, 30, from Norwich, who is a YouTube influencer, met the love of her life Micky Lowe, 58, in March 2014.

The couple say there were instant sparks flying between them and they soon began dating.

Harriette saw a future with the carpenter from the early stages of their relationship, however Micky didn’t think their romance was going to last due to their 28-year age gap.

Fast forward six years later and they’re still going strong, proving many people wrong – with Harriette even getting along with Micky’s three sons Liam, 27, Jake, 30, and Joss, 32, despite being of similar age.

Harriette Simmons, 30, and Micky Lowe, 58, from Norwich, who first met while working in retail, have been together for six years. Pictured: The couple on a day trip

While the public have not warmed to their relationship, the pair claim their families have been nothing but supportive. Speaking of Micky, Harriette says her grandmother and grandfather ‘love him to pieces’.

For years they have built up an online presence to support other age gap couples on YouTube and now have over 72,000 subscribers and nearly 50,000 followerson Instagram.

‘We met through work and six years later here we are. I even remember the first time I saw him and what he was wearing,’ Harriette said.

‘We went on a few dates and one day I asked Micky if he would like to see if we could make it official and see where go on from there. 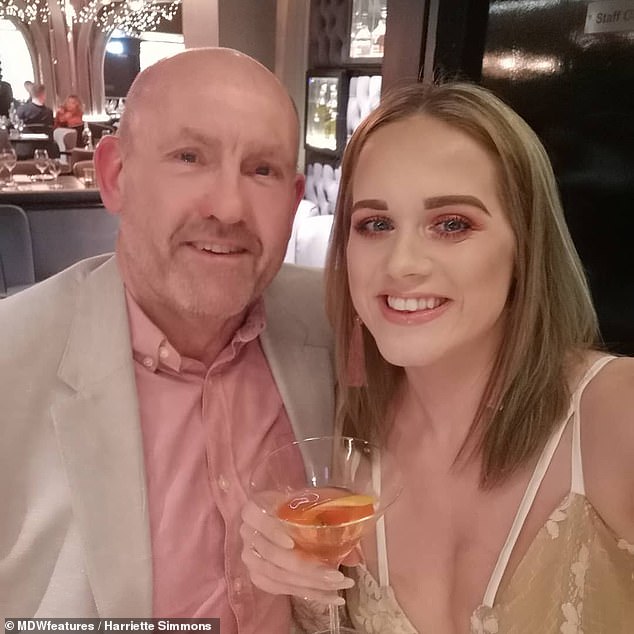 Harriette and Micky have built an online community offering support to other age-gap couples and now boast 72,000 subscribers on YouTube. Pictured: The pair on a date night 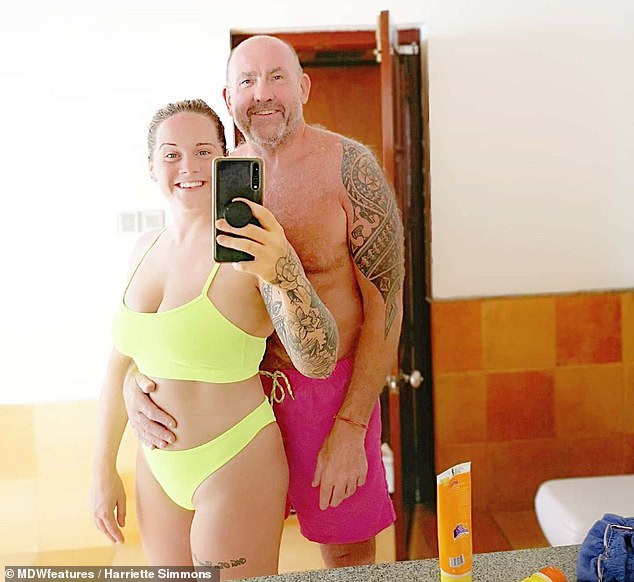 Micky who is a carpenter, didn’t initially think the relationship would last due to their age difference. Pictured: The couple getting ready for the beach 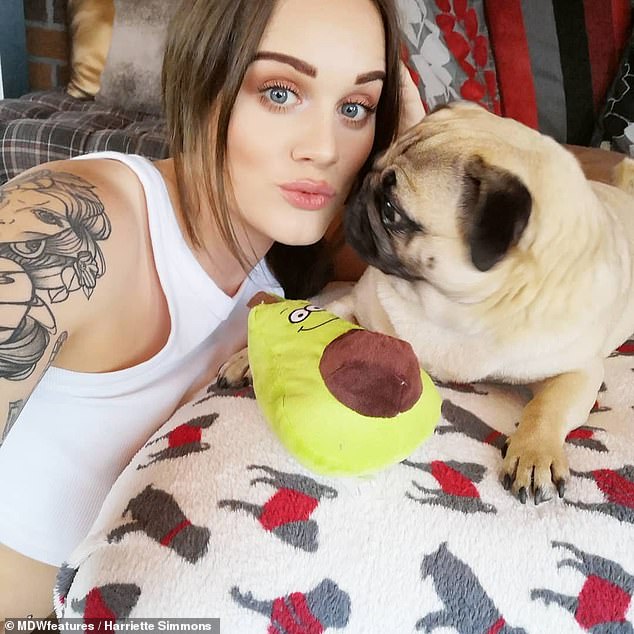 Harriette (pictured) said meeting Micky was love at first sight, he was handsome and she liked his personality

‘Micky always said he didn’t think it was going to last when we first met, he said I was young and thought it was just a phase for me, he said even if it only lasted a few months, it would be the best few months.

‘For me it was [love at first sight]; I thought Micky was handsome and I liked his personality, he made me laugh and smile, he treated me like a lady and respected me.

‘I found we also shared the same interests like we both have always wanted to travel around India, we have the same taste in music, film and we both have a love for food, especially ice cream and chocolate.

‘Our families were not shocked, but I guess they were interested to meet us both. My nanny and granddad love him to pieces. 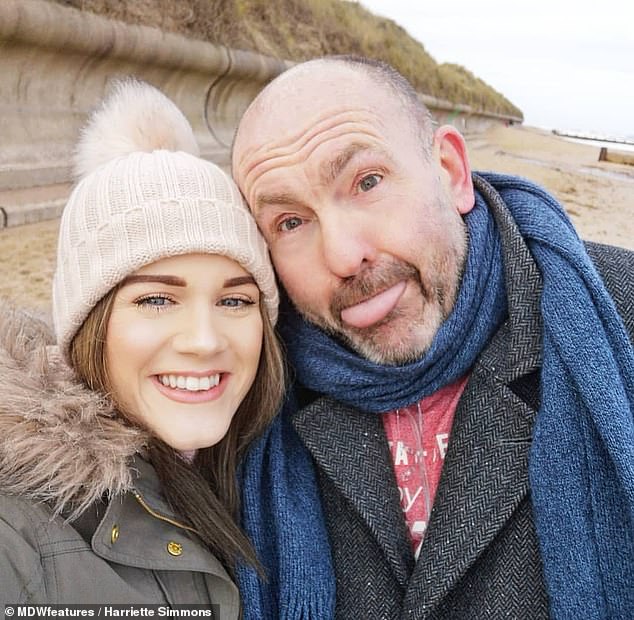 The pair (pictured) who’ve been frequently mistaken for father and daughter, have received hurtful comments on social media 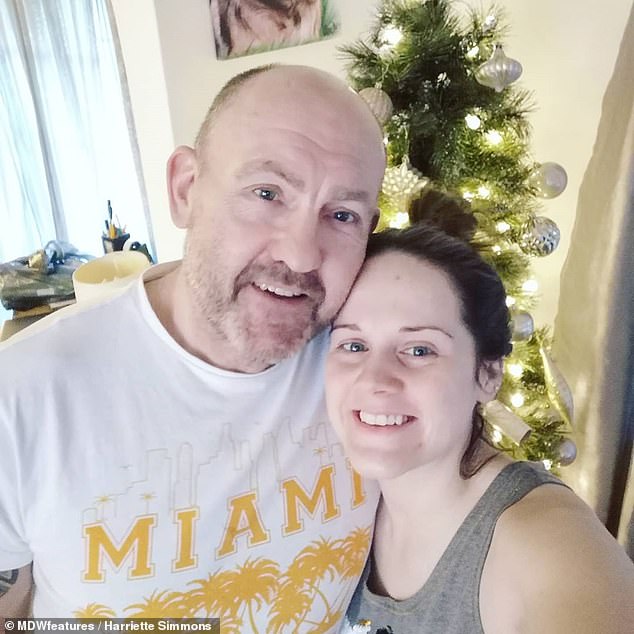 Harriette who gets along with Micky’s three sons despite being similar ages, said it was nice when his younger son came to live with them for a while. Pictured: Micky and Harriette

‘When we’ve been out in public, people have mixed us up as being father and daughter. The hurtful comments we have got are all online through comments left on my YouTube channel or on my Instagram page.’

Even though they have received some backlash online about their relationship, they have no regrets and Harriette even spends time with Micky’s three sons, who love her.

She continued: ‘We have not really had difficult times throughout our relationship, touch wood. But if anything did come up, I know we would stick together and try and get through it.

‘Micky’s younger son lived with us for a while and it was nice having him around. We all live in different cities, so we don’t get to see each other as much as we’d like but when we do we always have a good time. 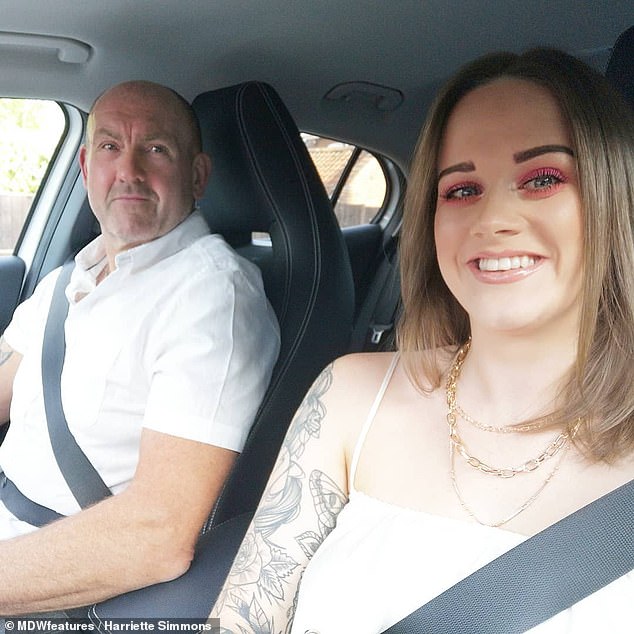 Harriette and Micky have plans to convert an old coach so they can travel with their dogs for a vlog on their YouTube channel. Pictured: The couple in their car

‘Me and Micky plan to finish converting the old coach we bought so we can travel with our pugs and vlog it for my YouTube channel. We don’t plan to have kids; the pugs are enough for us.

‘People don’t choose to be in a relationship because of each other’s ages but for reasons like love, trust, friendship etc.’ 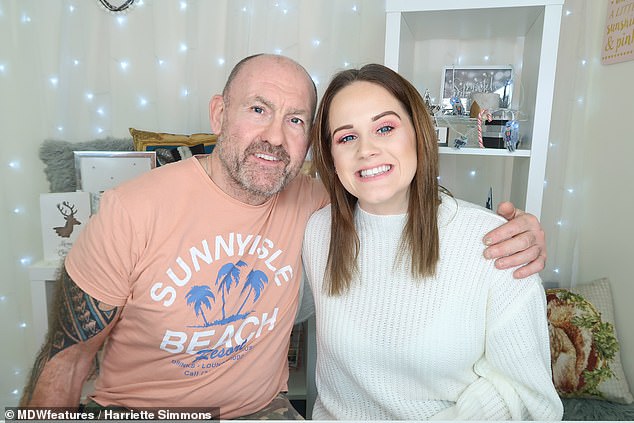 Harriette argues people don’t choose to be in relationships because of each other’s ages but instead for love, trust and friendship. Pictured: Micky and Harriette