Youth, 18, and boy of 15 are charged with assault after pensioner, 74, was filmed being kicked into the River Mersey while he fished

Two teenagers have been charged with assault after a 74-year-old pensioner was kicked into the River Mersey.

The pensioner had been magnet fishing when youths kicked him into the water at the riverbank in Warrington at around 2:30pm Sunday afternoon, leaving him with cuts to his face.

Benjamin Bridgeman, 18, was charged with assault by beating after handing himself in at a police station on Wednesday.

Another teen, a 15-year-old who cannot be named for legal reasons, was charged with common assault after handing himself in on Thursday. 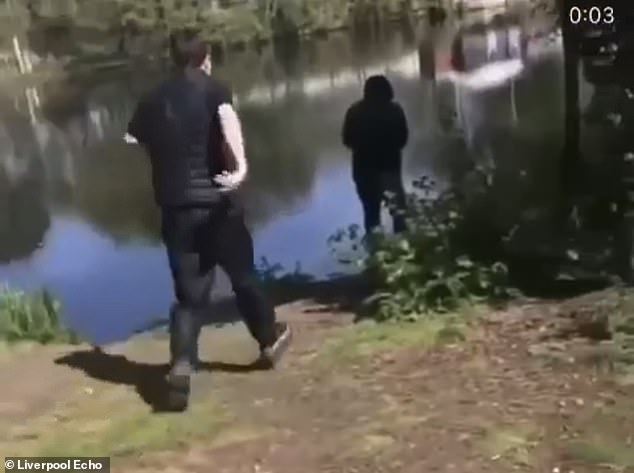 Both are due to appear at Warrington Magistrates Court on May 19.

A 15-year-old who was arrested on Wednesday has been released with no further action for the assault. He is under investigation for the offence of possession with intent to supply cannabis.

An image taken from a video of the incident shows a boy charging into the back of the man as he is fishing, catapulting the pensioner into the river.

As the 74-year-old pensioner floundered in the waters the cowardly trio ran away, laughing at the assault. 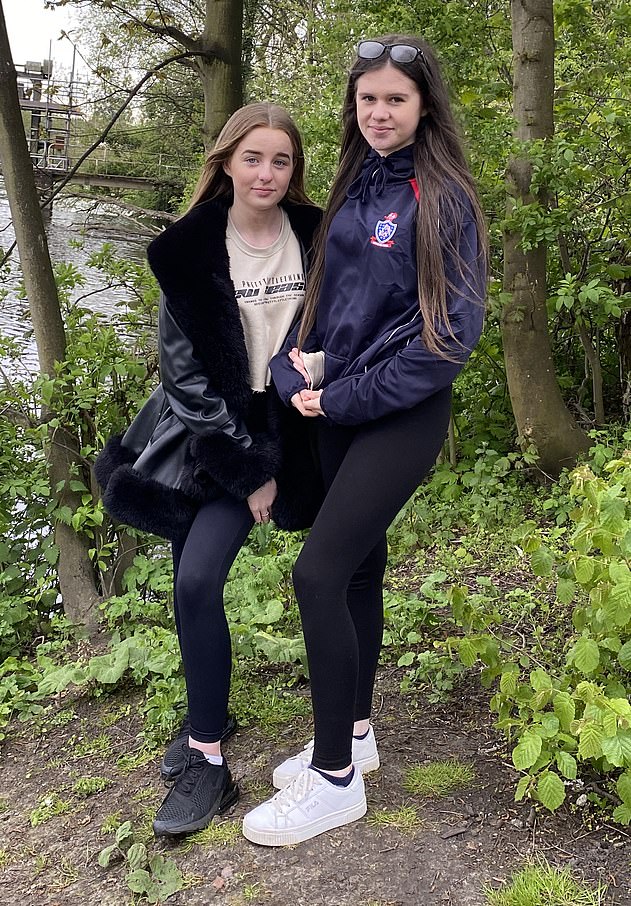 Friends Khloe Woods and Ellie Hughes, both 14, heard the man’s cries for help and immediately formed a human chain to pull the pensioner out of the freezing water.

The daughter of the victim, Jacinta, told MailOnline that she plans to take the two brave girls ‘for coffee and cakes this weekend’ to say thank you.

Jacinta said: ‘They literally saved him, held his head out of the water and struggled to pull him out whilst his down jacket filled with water.’

She added: ‘It has been really hard for the family to be honest, my father goes fishing almost daily along various rivers in Warrington and I fear it will stop him living his normal daily life now from fear. 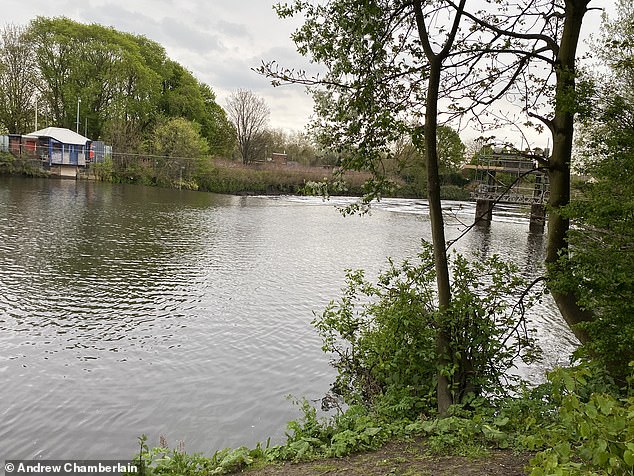 As well as being shaken up by the incident the pensioner, who does not wish to be named, lost a ‘silver dollar keyring’ in the river, which was his only connection to his father he never knew

‘He has been in real shock since and according to my brother been crying since.

‘He recounted the story to us and was in floods of tears saying how he thought he was going to die.

As well as being shaken up by the incident the pensioner, who does not wish to be named, lost a ‘silver dollar keyring’ in the river, which was his only connection to his father who he never knew.

The daughter said: ‘It’s a really little thing but sad, my dad never knew his father but had a silver dollar from him that he had made into a keyring.

‘He has kept the all his life and it’s the only thing he has that is a connection to him and he has lost it in the river.’