A young nurse has shared the secrets of how she secured a $2.2million property portfolio – and the tough methods her parents used to teach her to save.

Sydney woman Mariel Tan, 27, bought her first home at 19, in Brisbane, then a second and third in Western Sydney last year, with all three homes now worth a combined $2.2million.

She has been able to achieve the incredible feat by consistently working at least 70 hours-a-week over the past eight years in around 10 different jobs – all while she studied two degrees.

Sydney woman Mariel Tan, 27, bought her first home at 19, in Brisbane, then a second and third in Western Sydney last year, with all three homes now worth a combined $2.2million 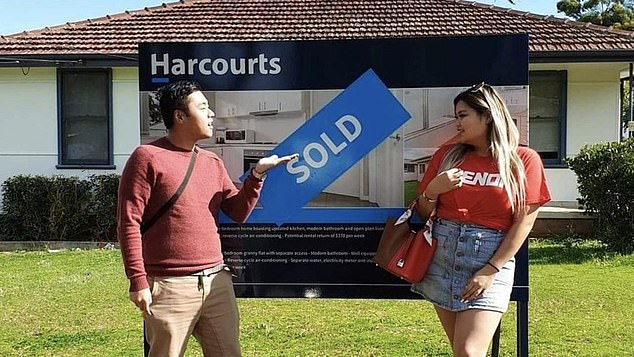 Ms Tan and her fiance Hai Nguyen (pictured)  in front of the house they bought last August at Whalan, Sydney. They now own two properties together and are building their dream home

Ms Tan says her appetite for work and saving came from tough lessons taught by her parents.

‘I started working at KFC from 14 years and nine months,’ she told Daily Mail Australia.

‘But my parents would keep 70 to 80 per cent of my pay. At the time I thought it was so unfair, horrible.’

‘I used to cry and fight with them because other kids my age were allowed to spend their own money.

‘Now I can see they did the right thing, it really benefited me a lot. They taught me how to work and save.’

With her big appetite for work and saving established, Ms Tan was able to handle studying for her nursing degree and up to 70 hours of work each week in customer service and as a nursing assistant.

‘A lot of young people just want to party, they don’t want to work hard. But it’s natural for me, it’s important to me to build my wealth early,’ she said.

‘I love dabbling in share market, in the crypto market. I want to retire in my 40s,’ she said.

With another $30,000 savings from putting in long hours, she was ready to enter the property market.

Ms Tan looked around and bought a three bedroom, two bathroom townhouse at Dakabin, in Brisbane’s north for $373,000 in 2013.

She also established a ‘side hustle’, a home-based cosmetic business as she moved into legal assistant and paralegal work while studying law. 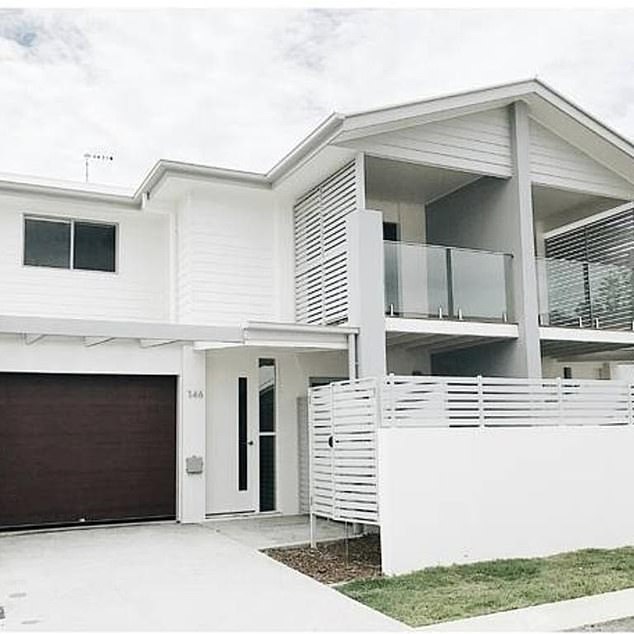 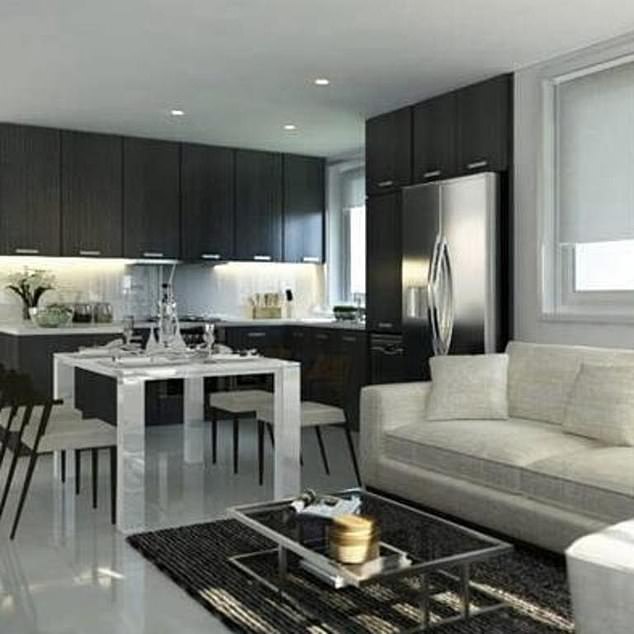 The Brisbane townhouse Ms Tan bought is now worth over $400,000

It took her a while to build up enough savings to re-enter the property market, but she did last year, buying a vacant block at with her boyfriend, Hai Nguyen.

They are in the process of building their dream five-bedroom family home on the site and plan to raise a family there.

Ms Tan estimates with the home on it, the property will be worth over $1million.

A year ago Ms Tan and Mr Nguyen bought again in Western Sydney.

This time, they bought a freestanding house at Whalan, near Mount Druitt, for $600,000.

With increases in property values, she estimates it is worth close to $800,000 now.

A normal work week for her involves working 9am to 5pm in nursing, then she works in her cosmetic business each night until 10pm, then does a half day both days at the weekend.

‘I’ve always worked this hard. It’s natural for me.’

‘I still rest, I still go out with my friends and see my fiance.’

Ms Tan is also in the market for a fourth property, a premises for her growing cosmetic business, and budgetting around $600,000 for another site in Western Sydney.