A young woman has died after being struck by a van in Sydney’s inner west.

The accident happened at the Marion Street and Flood Street intersection in Leichhardt at about 10.30am on Tuesday.

About a dozen witnesses and shopkeepers frantically tried to give the woman first aid and CPR after she was struck by a work van reportedly driven by a young father. 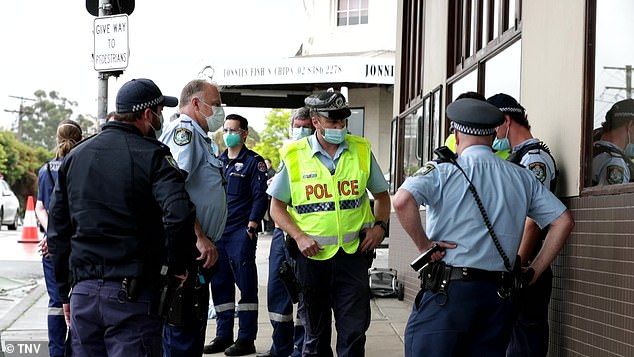 Police officers gather at the scene about 10.30am on Tuesday (pictured)

Witnesses claimed the young woman had tragically been looking at her phone with her headphones in and was unaware she had walked into danger.

The male van driver, who had been making a delivery, was seen bent over in shock against a shop wall on the on edge of the busy road with police speaking with him.

Paramedics and police arrived quickly but the woman had suffered a head wound and sadly could not be resuscitated. 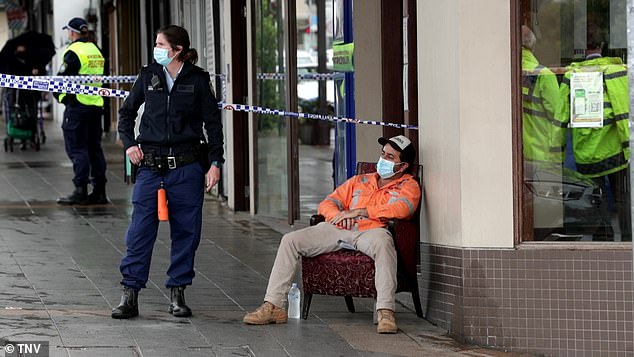