Thousands of young drivers are risking lives by making video calls at the wheel, the RAC has warned.

Nearly a fifth of drivers aged 17 to 24 are guilty of the lethal habit, the motoring group found.

There is greater awareness of the danger of using hand-held mobiles to make voice calls while driving.

But the growing popularity of video calling apps such as FaceTime, Facebook Messenger and WhatsApp presents a ‘new, clear and present danger’ to Britain’s roads, the RAC says.

It comes after the Daily Mail’s End The Mobile Madness campaign, which has called for tougher punishments for drivers who recklessly use phones at the wheel.

Thousands of young drivers are risking lives by making video calls at the wheel, the RAC has warned (stock image)

Those aged 17-24 are more than twice as likely to make or receive a video call behind the wheel, the RAC’s poll of 3,000 drivers found.

Across all ages, 29 per cent of drivers admitted taking part in voice calls while driving – up six percentage points on last year – and the highest proportion since 2016.

Since March 2017, motorists caught using a handheld phone can have six penalty points put on their licence and be fined £200.

But despite this, in 2019, there were 637 casualties, including 18 deaths and 135 serious injuries, in crashes where a driver using a mobile was a contributory factor.

It came after campaigners said using phones for streaming videos or browsing social media was just as distracting as making a call. 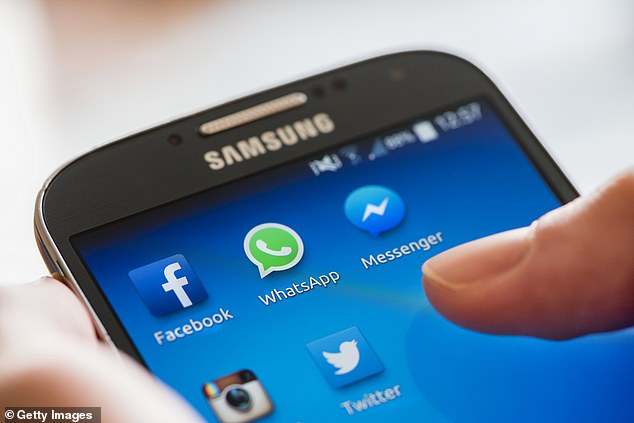 The growing popularity of video calling apps such as FaceTime, Facebook Messenger and WhatsApp presents a ‘new, clear and present danger’ to Britain’s roads, the RAC says (stock image)

A third of all drivers polled (32 per cent) said mobile use concerned them, while almost four out of five (79 per cent) want to see camera technology introduced to catch drivers using their phones illegally.

Inspector Frazer Davey, from Avon and Somerset Police’s roads policing unit, said: ‘Using a mobile phone while in charge of a car puts you and everyone else at risk. The consequences of allowing yourself to be distracted while you are driving can be catastrophic.’

A Department for Transport spokesman said: ‘Using a handheld mobile phone – especially for video calls – while driving is not just illegal, it’s selfish and puts lives at risk.

‘We’re finalising plans to strengthen the law, adding to the work of our award-winning Think! campaigns in changing drivers’ behaviour.’