You and Crocodile Dundee star Mark Blum has died aged 69 from coronavirus.

They wrote: ‘With love and heavy hearts, Playwrights Horizons pays tribute to Mark Blum, a dear longtime friend and a consummate artist who passed this week.

‘Thank you, Mark, for all you brought to our theater, and to theaters and audiences across the world. We will miss you.’

Sad loss: You and Crocodile Dundee star Mark Blum has died from complications after being diagnosed with coronavirus; he is seen in December 2017 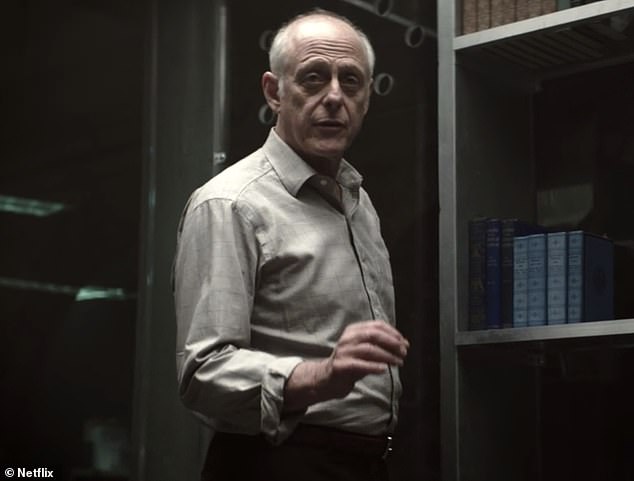 Hit show: He played Mr Mooney on Netflix’s You, which in January was renewed for a third season by the streaming service

Blum played Mr Mooney on Netflix’s hit show You, which in January was renewed for a third season by the streaming service.

He also had a role on HBO’s Succession and TV shows including Almost Family, The Good Fight and a major role in Amazon’s Mozart in the Jungle. Other TV credits included The Sopranos, Billions and Law & Order, among others.

His career on Broadway spanned nearly 40 years, and he won an Obie for his performance in Gus And Al.

Blum also had more than 80 film credits to his name, from worldwide 1986 megahit Crocodile Dundee to 2003’s Shattered Glass.

She called the news ‘very very hard’ and tweeted: ‘I’m so deeply sad for his family and for his fans. he was a wonderful actor and a very good and kind man. May you Rest In Peace and power mark. God bless you.’ 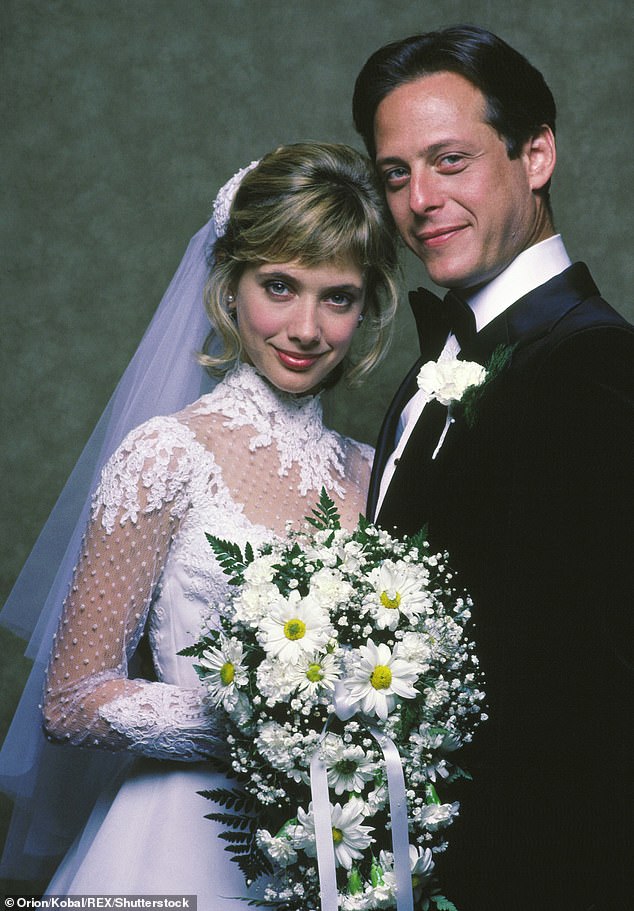 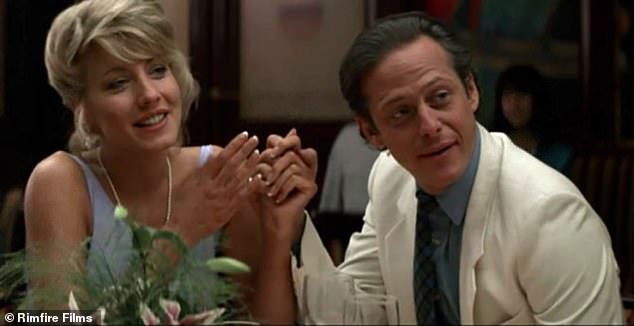 She was just one of many ijn the acting community to share her grief at the news.

Playwright Jack Canfora tweeted: ‘Found out a terrific actor and man whom I was lucky enough to be in one of my plays died this morning of #coronavirus. He wasn’t elderly.

‘He was one of the most respected actors in New York: a beacon of fierce intelligence, dry wit & deep kindness on stage and off. A tragic loss.’

Actress Judith Light wrote: ‘Mark Blum, so generous, so kind, so humble,so talented. Our time together in the play The Assembled Parties at MTC was a true joy.

‘May he rest in peace knowing that he transformed the lives of so many and was cherished by so many; me among them.’

‘So kind’: Actress Judith Light wrote: ‘Mark Blum, so generous, so kind, so humble,so talented. Our time together in the play The Assembled Parties at MTC was a true joy’ 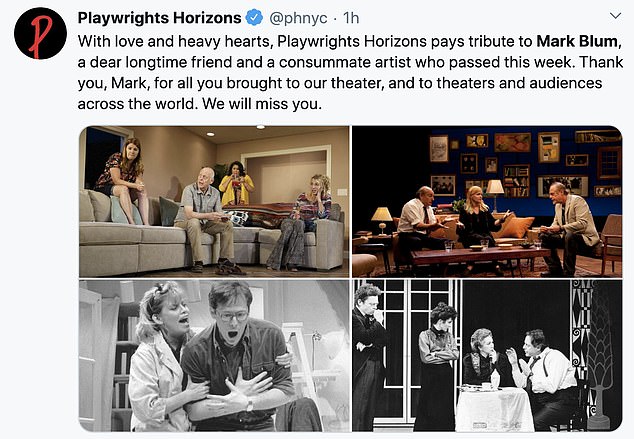 Writer Christopher Shinn shared: ‘In 2011 Mark Blum starred in my play Picked @vineyardtheatre, in a tricky role – a narcissistic filmmaker whose more human instincts collide with the desire to protect himself from emotional risk Mark’s performance took huge risks. He was magnificent. And the kindest man. RIP.’

‘It is with such deep sorrow that I’m writing to share the news that our friend and former board member Mark Blum has passed away as a result of complications from the coronavirus.

‘Mark was a dedicated Screen Actors Guild and SAG-AFTRA board member.’

Blum is survived by his wife, Broadway, film and soap actress Janet Zarish.