A mother whose ‘ordinary’ son joined National Action, kept a Nazi flag next to his bed and is now a convicted far-right terrorist has warned it could happen to anyone.

Katherine, whose second name is being kept secret for fear of reprisals, said her child was caring but turned to extremism after he was robbed at knifepoint aged 15.

The 57-year-old from West Yorkshire snapped when he was 19 and joined terror group National Action, with the devastated mother calling the police.

She said he has now shunned the hateful ideology after realising the error of his ways – but is currently serving time in prison.

Her warning comes after Britain’s youngest convicted terrorist who led a neo-Nazi cell from his grandmother’s cottage in Cornwall walked free from court last week.

Katherine, whose second name is being kept secret for fear of reprisals, said her child (blurred out with National Action members) was caring but turned to extremism after he was robbed at knifepoint aged 15

Katherine said her son was affectionate, sat his GCSE maths a year early and was an aspiring engineer.

But her divorce, coupled with her son’s relationship breaking down and being robbed in 2015, pushed him towards extremism.

She said he became obsessed with patriotism and immigration when the thug who stole from him was not arrested.

She said he tried to talk him out of it but he signed up with National Action in May 2016.

Katherine told the Mirror: ‘I looked them up and was horrified. My son started telling me the Holocaust was a conspiracy.

‘I tried to reason with him but he wouldn’t listen. By then he was ­entrenched in the ideology.’

National Action is a banned far-right group which supported the vicious murder of Jo Cox MP in Birstall, West Yorkshire, in 2016.

But the boy said National Action has nothing to do with the killing and sidestepped his mother’s warnings.

He pushed her too far when he erected a Nazi flag in his bedroom and she called the police.

Officers signposted the Government’s Prevent scheme but he would not take part and they were forced to withdraw due to him no posing a threat of attack. 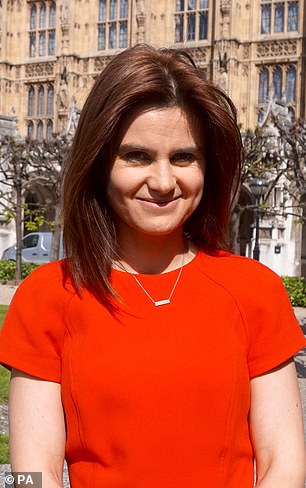 National Action is a banned far-right group which supported the vicious murder of Jo Cox MP (pictured) in Birstall, West Yorkshire, in 2016

Yet in 2017 anti-terror officers raided their house and he was taken in for posting racist stickers online.

He was given a 12-month suspended sentence in 2018 and promised he would steer clear of extremism.

He was later arrested for being in National Action and was handed four-and-a-half years in June.

Katherine added: ‘My son was vulnerable when he got involved with the far- right. I want other parents to realise this could happen to their children too.’

The teenager, who committed a string of terror offences between the ages of 13 and 15, fell into his grandmother’s arms in court as he was spared jail.

When police raided his grandmother’s home they found a swastika flag and the extremist codes ’14 88′ – standing for ‘Heil Hitler’ painted across the garden shed.

He was also found with a manual containing bomb-making plans, ingredients for napalm, and instructions on how to make Molotov cocktails, build an AK47 assault rifle, and engage in knife combat.

He wrote racist and anti-Semitic posts online and spoke about ‘gassing’ Jewish people, hanging homosexuals and wanting to ‘shoot up their parades’. 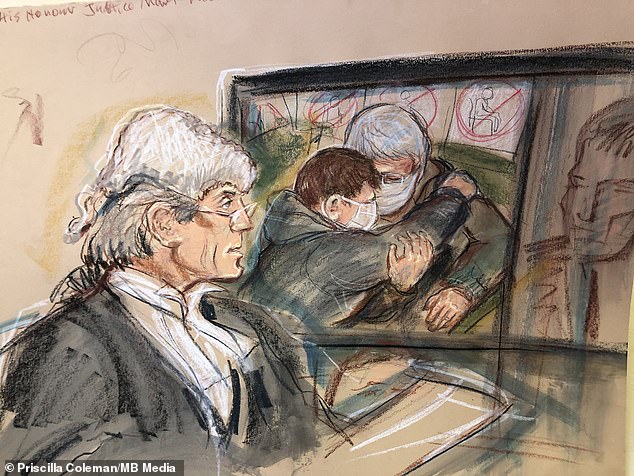 Justice Mark Dennis QC pictured as he sentenced the teenager, who is now 16, earlier this week