This is the shocking moment a Yodel delivery van was caught drifting around a roundabout – just a month after the same driver was allegedly reported to his bosses for a similar thing.

Footage shows the van driving at least twice around the junction, leaving skid marks on the road as the wheels screech loudly. The male driver later got out of the vehicle to check the tyres.

The video was captured on the new link road between the busy Westwood Cross shopping centre and The Haine Road in Broadstairs, Kent.

In a spin: The shocking footage shows the van drifting at least twice around the roundabout in Kent

The witness had reported a similar incident less than a month ago and was told by Yodel that it had been dealt with ‘appropriately’.

An employee of bus company Stagecoach, who filmed the footage, said there were quite a few cars and pedestrians still around at the time.

The man, who did not want to be named, said: ‘He was doing it for about a week last month.

‘He would be drifting around the roundabout for around an hour or so at a time.

‘The police turned up once and they all disappeared but as soon as the police went, they came back.

‘The van is normally with another car and last time it was with a small black ‘chavmobile’ but this time with a white Subaru.’ 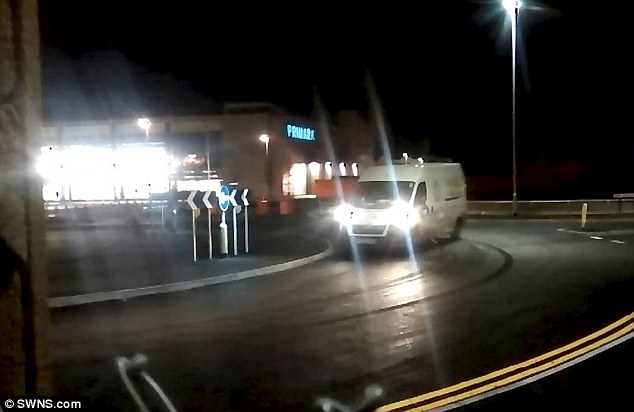 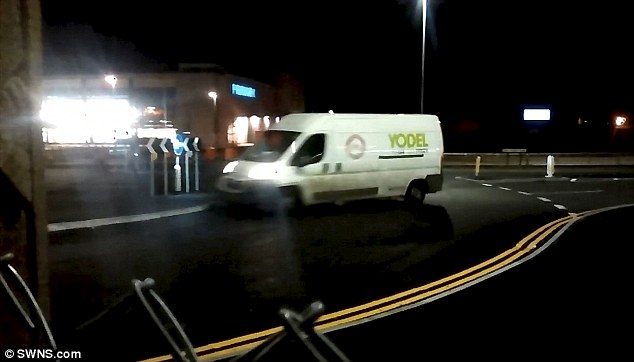 The witness reported a similar incident on November 18 where a registration number was also provided and police were contacted.

He received a response to the original complaint from Yodel via Twitter the following day, which read: ‘Thank you for bringing this to our attention. This has now been fed back and will be dealt with appropriately.’

A spokesman for Yodel said: ‘The driver has been identified as a supplier and immediately removed from our business.

‘This behaviour is completely unacceptable and we are passing his details to the police. Yodel takes the safety of its workforce and the general public extremely seriously.

‘All of our drivers are provided with training and strict codes of conduct which they are expected to adhere to at all times.’

The employee of bus company Stagecoach who filmed the footage said he was sad to hear that someone had lost their job but that it sends a warning message to dangerous drivers.

The man, who has been driving buses for over 15 years now works on the engineering side, said: ‘I was pretty annoyed when I saw it as a professional driver myself. 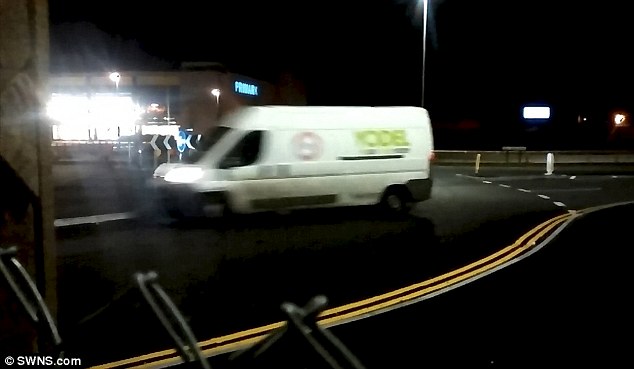 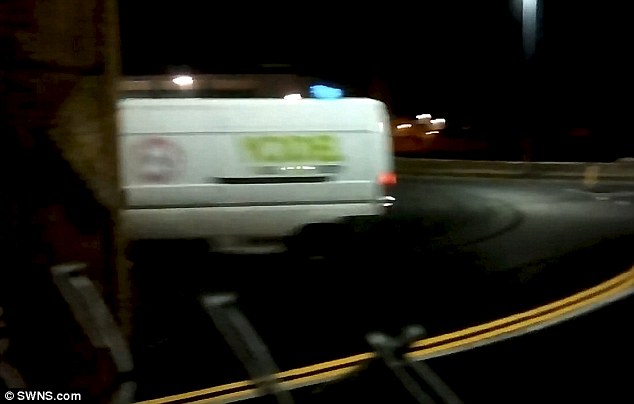 ‘In all seriousness if you want to do something like that there’s plenty of places around that are out of the way and there’s roundabouts in the middle of nowhere where he could have done that where there’s nobody around at all.

‘But he’s in a marked van on a main road near a shopping centre at 9pm and there’s a cinema there so families were coming out too.’

The man believes it was the same delivery driver he spotted doing a similar thing last month.

He said: ‘We were working in the garage and we heard the tyres screaming and my colleague said ‘the Yodel man is back’, so I went out there.

‘I could hear guys talking and looked over our security fence and there was the van in Sainsbury’s filling station and they were doing the tyres.

‘It’s sad that someone has lost their job but at the end of the day the standard of driving needs to be improved.

‘This should be a warning to anybody that drives a marked vehicle like an idiot that people aren’t going to tolerate this kind of driving anymore.’ 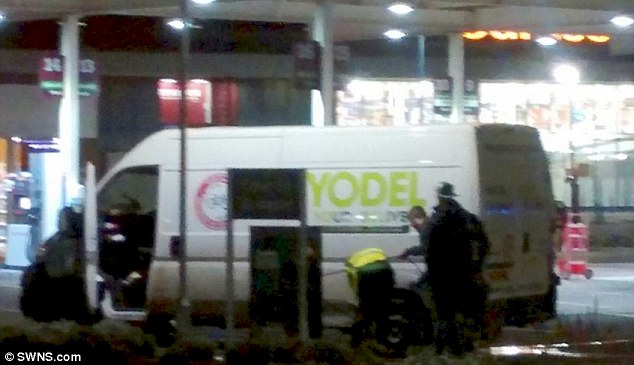