A year 10 student won over the hearts of the nation after she admitted she’s scared of laughing over fears she’ll wet herself due to a muscle spasm disability in Educating Greater Manchester.

In last night’s episode of the Channel 4 show, year 10 student Holly, who attends Harrop Fold School, opened up about her giggle incontinence.

‘I have struggles with certain things in my life like I can’t run and I can’t do certain things without it causing me a lot of pain or panic,’ she explained. ‘I have muscle spasm things. Your stomach bladder will be relaxed all the time when it’s tightened, but mine is the other way round. My giggle incontinence is more of my main condition, it’s the one I fear the most.’

And it wasn’t long before viewers were quick to take to Twitter to praise the ‘inspirational’ student.

‘What an incredibly strong and empowering young lady,’ enthused one, while a second penned: ‘What an inspirational girl Holly is!’

In last night’s episode of the Channel 4 show, year 10 student Holly (pictured), who attends Harrop Fold School, opened up about her giggle incontinence 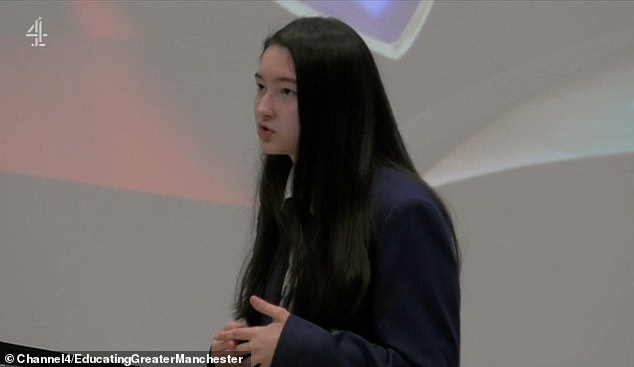 Viewers were quick to take to Twitter, with one writing: ‘Holly for Head Girl. What an inspirational young lady!’ (pictured)

Holly explained: ‘If you were to take a piece of paper and write the word laughter in the middle of it and you had to write the first thing that came to mind, you would say it’s something I enjoy or something I want to do a lot of the time.

‘And for me, I’m the complete opposite. It’s one of the biggest fears for me.’

Holly told how she started at Harrop at the end of year 8 because she had a tough time at her previous school. 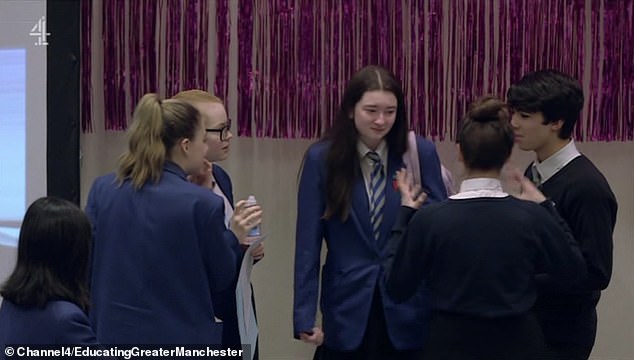 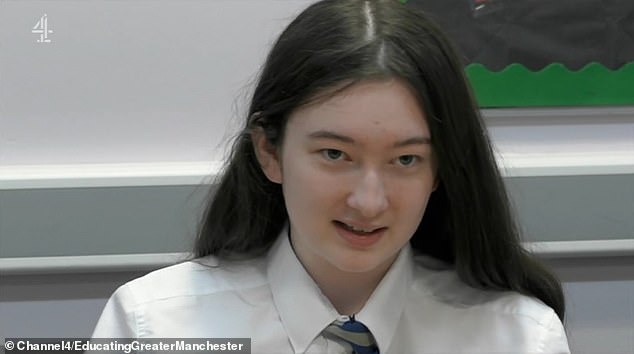 WHAT IS GIGGLE INCONTINENCE?

True giggle incontinence is complete or almost complete emptying of the bladder caused by a detrusor contraction in response to laughter, with no other lower urinary tract dysfunction.

The stretchy-squeezy muscles squeeze when then shouldn’t, causing the bladder to empty.

It is more common in girls than boys, and most prevalent in the pre-pubertal years. There doesn’t appear to be a specific cause – and there is no specific treatment.

‘I’m loving Harrop,’ she said. ‘It’s one of the best schools.

‘Before I came to Harrop I was having people ridiculing me because of how I’m different.’

‘When I first joined in year 8 I was really miserable.

‘When I came here everyone was so supportive of me because I’m medically disabled and I really didn’t expect that.’

In a bid to give back to the school, Holly decided to overcome her fear of public speaking and gave a speech in front of her whole year group – and viewers were full of nothing but admiration for the young pupil.

‘I came to Harrop dealing with issues from previous schools and it had a huge impact on me,’ she said. ‘I had that support and people to lean on and I want people to feel like they’re supported and safe at Harrop.

I myself am physically disabled and I know the struggles, worry and that fear of what it is to come to school and I want people to understand that they don’t need to be afraid to go to school.

‘Be yourself, be you, express you. If people don’t like who you are, then they’re the wrong people.’

A second penned: ‘Holly for Head Girl! She’s amazing, so articulate, and a really lovely person,’ while a third added:

‘Holly seems so mature, she should be proud of herself.’

Meanwhile, a further added: ‘Bless Holly- how awful to be scared of laughing – a brave young lady.’

Viewers can find out whether Holly received the Head Girl position in tonight’s episode of the Channel 4 show. 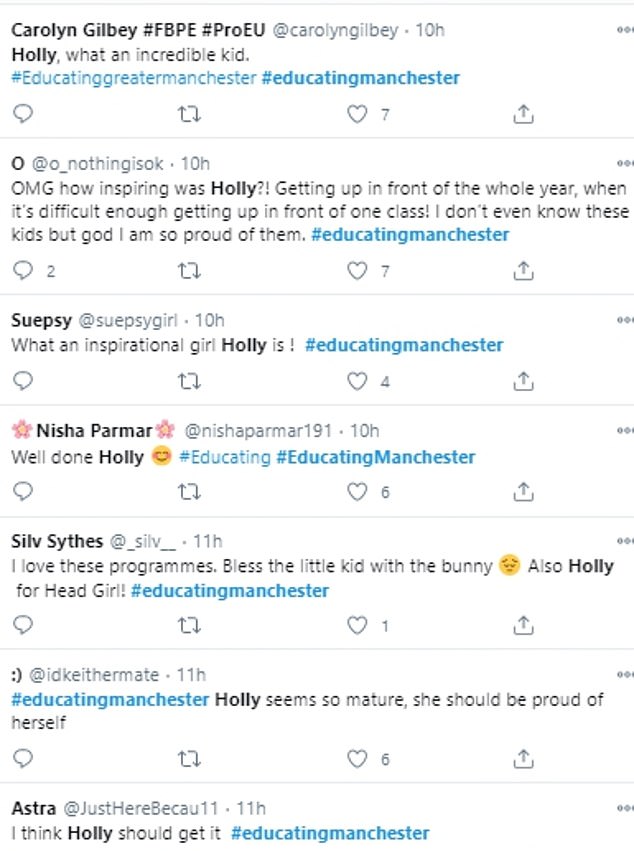 Many viewers who tuned in took to social media and penned: ‘Holly seems so mature, she should be so proud of herself’ (pictured)