Barca beat rivals Real Madrid in Sunday’s final thanks to a masterclass from midfield prodigy Gavi.

The teenager scored one and then set up goals for Robert Lewandowski and Pedri to see the Catalans defeat Carlo Ancelotti’s men 3-1 in Saudi Arabia. 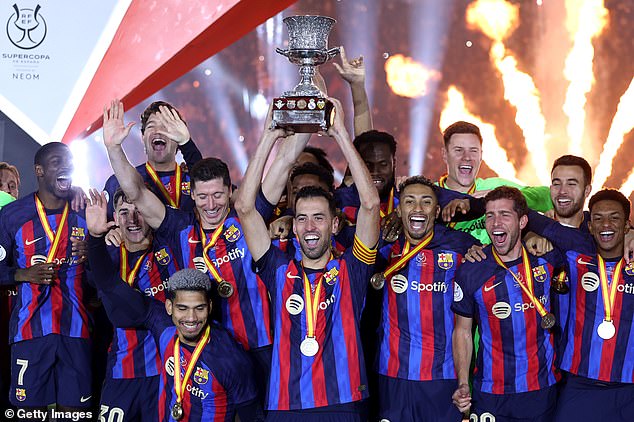 The victory marked Xavi’s first trophy as Barcelona boss, and the 42-year-old said after the triumph that it’s a victory that came from the club’s hard work amid all the criticisms thrown at them and their financial difficulties.

‘We’ve been through some tough years, with financial difficulties, Messi’s departure,’ Xavi said.

‘It was not easy to bring back a positive dynamic. This will help give us some tranquility. We’ve been working hard from the beginning despite all the criticism, and we have to keep working.’ 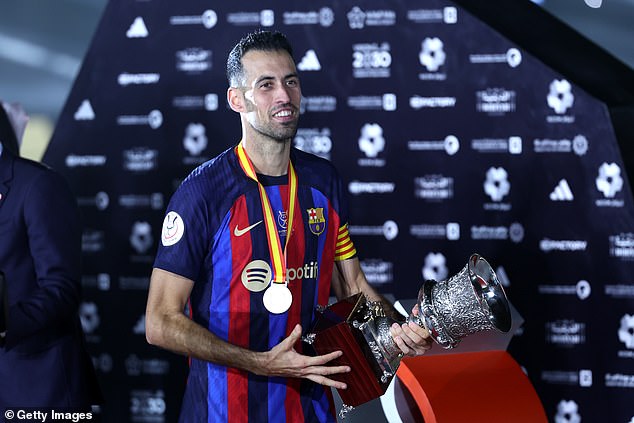 It may have been Xavi’s first taste of silverware as manager, but the man who held the trophy aloft at the end has been no stranger to winning trophies at Barcelona.

Skipper Sergio Busquets is one of the last remaining throwbacks to Barca’s last dominant era, and he admitted that the club couldn’t miss out on the opportunity to win something once again.

‘We knew we couldn’t miss this opportunity. The Barcelona captain said on collecting his 31st trophy for the club.

‘We’ve been going through changes at the club and I think this triumph will make us stronger and allow us to keep competing, keep growing and keep fighting for titles. 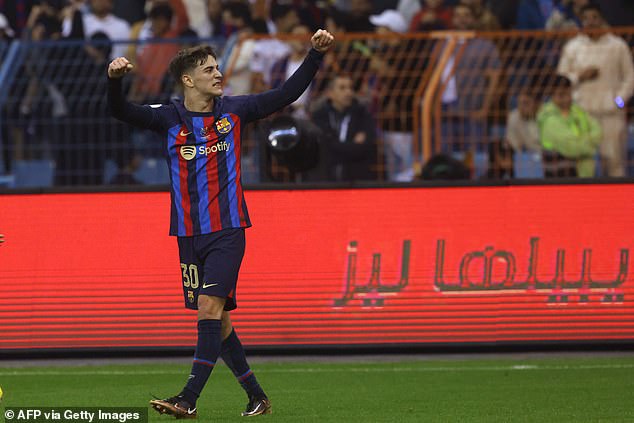 Teenager Gavi was the star of the show, scoring once and setting up the other two goals

‘It’s clear that at Barca you always have to win. We knew it was going to be like that after Xavi arrived, and now we finally have been able to do it.’

The victory was particularly sweet as it came over Real Madrid, especially after Real’s 3-1 La Liga win over Barcelona earlier in the season.

Despite that setback, Barcelona currently lead the way in La Liga and are three points ahead of their Madrid rivals at the top of the table.

The pair won’t clash again until March 19, when Real travel to the Nou Camp for the second league El Clasico of the campaign.