WWE has resumed its live wrestling shows with an empty audience in Florida after it was deemed an ‘essential business’.

Last night’s taping of TV show Raw was filmed in the WWE Performance Center in Tampa, Florida, with no audience and just ‘essential personnel’ present.

It follows a statewide stay-at-home order which went into effect earlier this month in a bid to slow the spread of coronavirus.

While WWE was not initially viewed as essential – like grocery stores and pharmacies – it has since been given the green light.

WWE has resumed its live wrestling shows with an empty audience in Florida after it was deemed an ‘essential business’. Pictured: Last night’s live taping of RAW 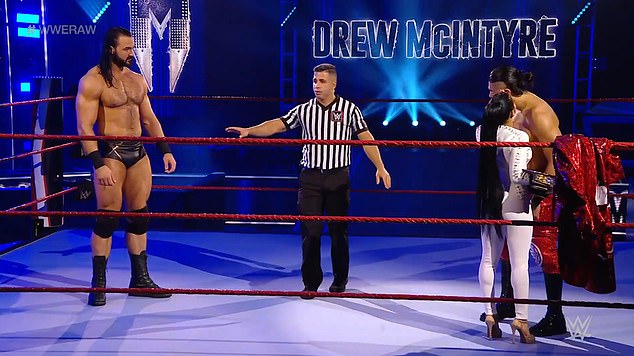 Last night’s taping of TV show Raw (pictured) was filmed in the WWE Performance Center in Tampa, Florida, with no audience and just ‘essential personnel’ present

Orange County Mayor Jerry Demings told reporters: ‘I think initially there was a review that was done and they were not initially deemed an essential business.

The decision, which was outlined in an April 9 memo from Florida’s Republican Governor Ron DeSantis, allows WWE to tape live shows if the location is closed to the general public.

WWE, which had been airing pre-taped shows in recent weeks, said in a statement to ESPN the health and safety of talent and staff is their top priority.

‘We believe it is now more important than ever to provide people with a diversion from these hard times,’ said WWE. 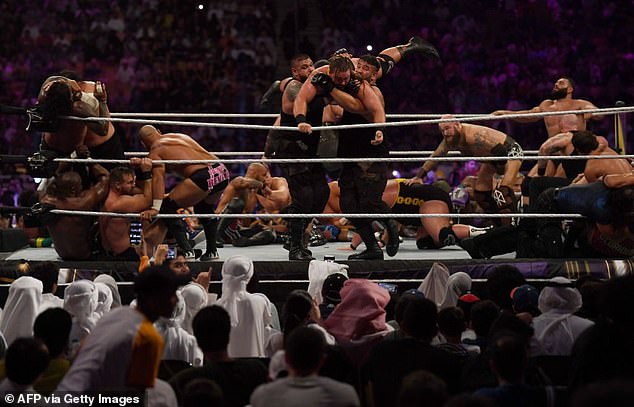 The recording of Raw with no audience is a stark contrast to the bustling scenes of previous matches. Pictured: A WWE event in Saudi Arabia in January 2019 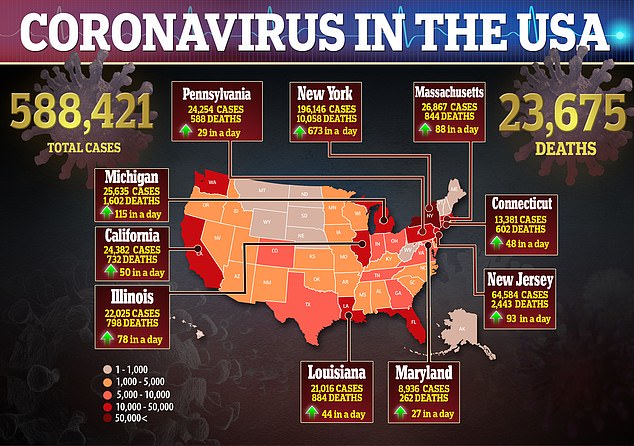 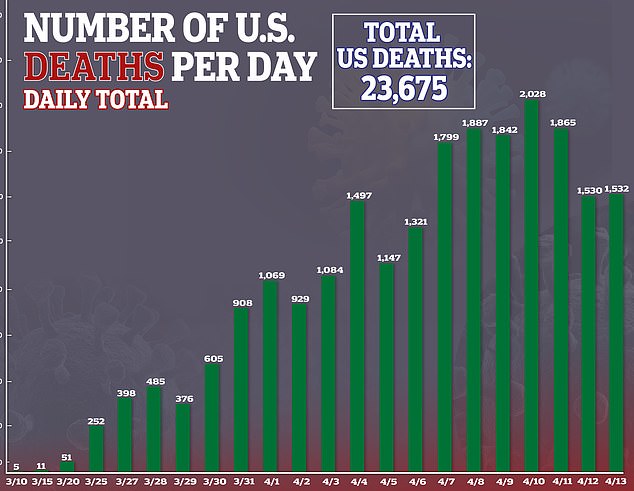 ‘We are producing content on a closed set with only essential personnel in attendance following appropriate guidelines while taking additional precautions to ensure the health and wellness of our performers and staff.’

It comes just days after news that a mystery ‘on-screen’ WWE employee tested positive for coronavirus.

The individual has not been identified, but is an on-screen talent and not a member of the WWE roster, according to Pro Wrestling Sheet.

They are ‘doing well’ and are not in a serious condition, the organization said.

The individual is thought to have been exposed to the virus after the latest filming was completed and immediately went into quarantine when they tested positive for the virus.