The Chinese city of Wuhan has banned the eating of wild animals, a practice believed to have caused the coronavirus pandemic.

The new policy went into effect on May 13 and will stay in place for five years, according to a notice released by the Wuhan government today.

Experts in China said in January that the virus likely jumped onto humans from wild animals sold as food at a wet market in the city of 11million.

The government of China’s Wuhan city has banned the eating of wild animal species, including those bred and raised by people, for five years. The file photo taken on January 17 shows the Huanan Seafood Whole Market, which is believed to be the origin of the coronavirus outbreak 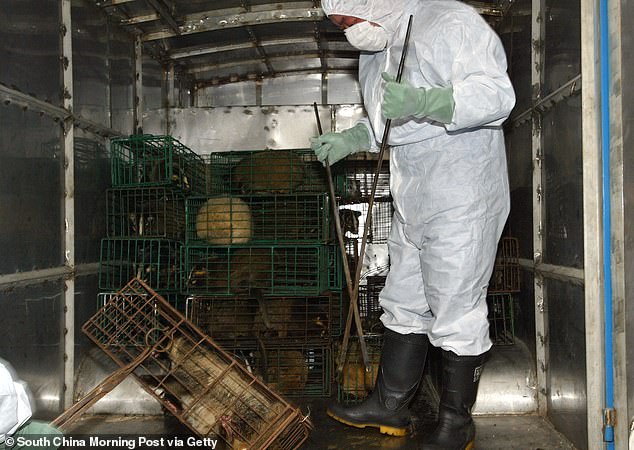 The law forbids the consumption of all wild animals on land as well as endangered and protected wild aquatic species. In the file photo taken on January 5, 2004, workers collect civets in Xinyuan wildlife market to prevent a possible spread of SARS in Guangzhou

The Chinese province of Hubei, of which Wuhan is the capital city, in March passed a law to ban the eating of wild animals completely, including those bred or raised by people.

In February, China’s central government last month blocked all trade and consumption of wildlife, but it did not specify if farm-raised ones would be covered.

The new directive in Wuhan covers wildlife and wildlife products.  It forbids the consumption of all wild animals on land as well as endangered and protected wild aquatic species. 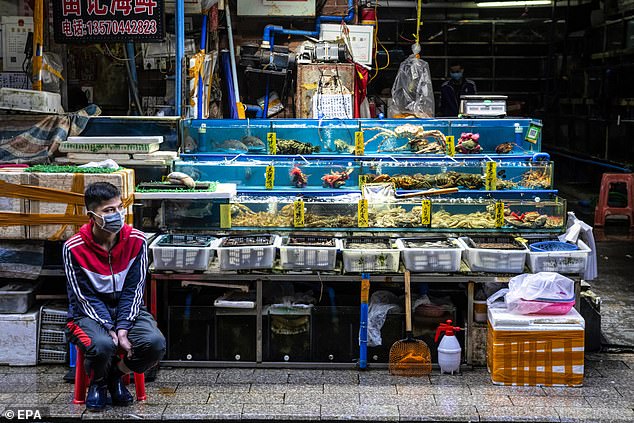 No organisations or individuals are allowed to produce, process, use or conduct commercial operations with wildlife or wildlife products which are banned by the document, officials say

The regulation also cracks down on the wildlife trade.

No organisations or individuals are allowed to produce, process, use or conduct commercial operations with wildlife or wildlife products which are banned by the document, officials say.

Citizens are forbidden from encouraging or persuading others to eat or conduct illegal trading of wild animals. Such activities include releasing advertisements, installing relevant signboards and publishing recipes.

Scientific and medical teams must undergo strict applications and quarantine inspections should they need to use wild animals for non-food-related work purposes. 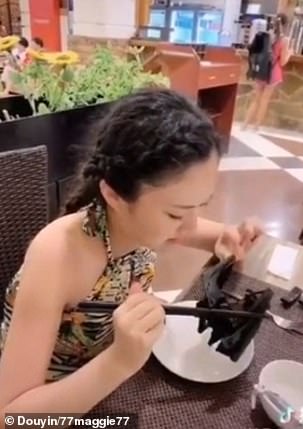 Viral footage purports to show a fashionable Chinese young woman biting one of the wings of a cooked bat at a fancy restaurant. The deadly coronavirus could come from the animal 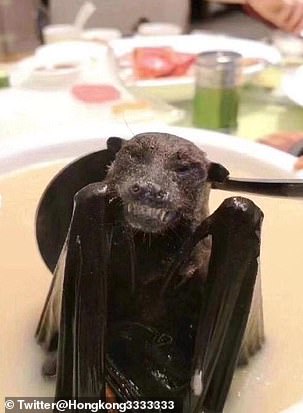 Pictures emerging on Twitter shows soup cooked with a bat. Bats are used in traditional Chinese medicine to treat a series of illness, including coughing, malaria and gonorrhea

Beijing is yet to revise its wild animal protection law, but the passage of the proposal was ‘essential’ and ‘urgent’ in helping the country win its war against the epidemic, wrote state newspaper People’s Daily.

The exact source of the new coronavirus remains unconfirmed. Experts speculate that it originated in bats, snakes, pangolins, or some other animal. 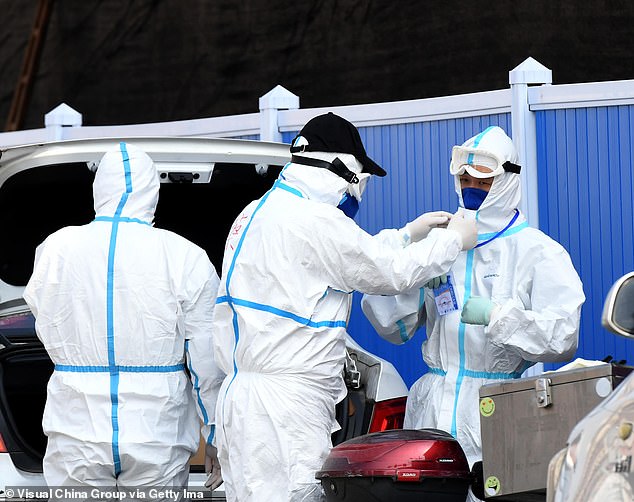 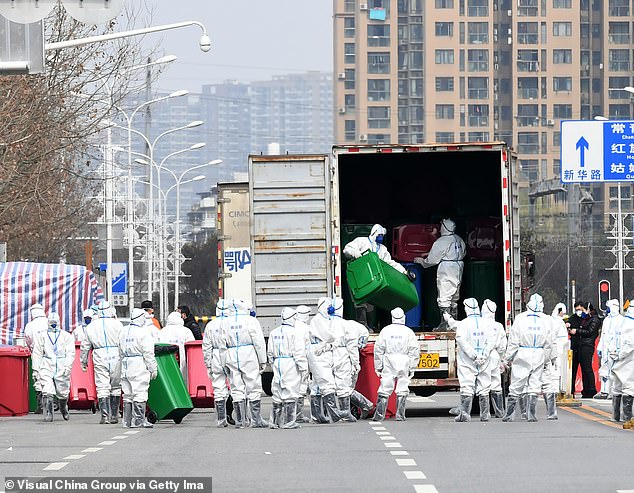 Scientists from the Chinese Centre for Disease Control and Prevention in January claimed that humans had caught the virus from animals sold as food at a market in Wuhan, reported Xinhua News Agency.

The once-popular Huanan Seafood Wholesale Market in Wuhan, which sold live exotic species, was shut in early January in the wake of the epidemic.

Wuhan and the majority parts of Hubei were on lockdown for more than two months to stop the spread of the disease.

In China alone, the health crisis has claimed at least 3,042 lives and infected more than 80,500 people.

Globally, at least 323,000 people have died and more than 4.8million have contracted the infection.