WSP Global will not raise its bid for environmental consulting firm RPS Group as a rival takeover by Tetra Tech steps closer to completion.

The Canadian professional services provider – one of the world’s largest – has bid 206p per share, valuing RPS at £591.1million, which was agreed back in early August.

But towards the end of September, Californian engineering business Tetra Tech trumped that bid with a £2.22 per share approach worth £636million.

Frenzy: RPS Group’s proposed takeover comes amidst a wave of buyouts of London-listed groups by foreign businesses looking to take advantage of a weaker pound

Tetra Tech has been on an acquisition binge in the last few years, buying up companies like Bristol-based design consultant Hoare Lea in 2021 and WYG, subsequently rebranded to Tetra Tech Europe, three years ago.

Its move for RPS comes alongside a wave of takeovers of London-listed groups by foreign businesses looking to take advantage of a weaker pound to snap up British firms on the cheap.

In a statement, WSP said it ‘will not be increasing the financial terms’ of its offer, which is now final.

Its projects have included the Sydney Harbour Bridge in Australia, the High Speed 2 railway in Britain, and London’s Gatwick and Luton airports.

In its most recent interim results, the group revealed revenues grew by 18 per cent from last year to £319.5million while its operating profit jumped by 30 per cent. 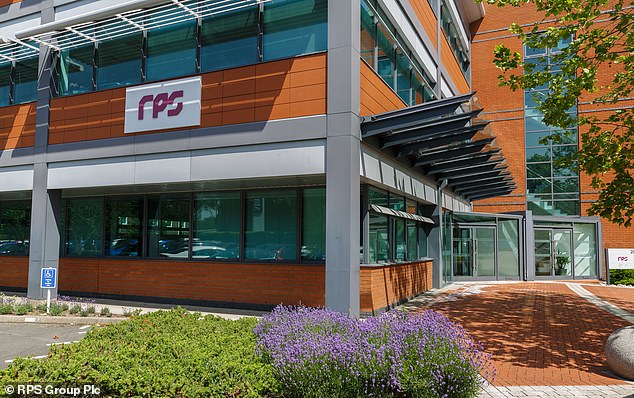 Headquartered in Abingdon, Oxfordshire, it employs more than 5,000 people across 125 countries, meaning a takeover by Tetra Tech will boost the number of employees across the latter firm to 26,000.

When Tetra Tech revealed it had agreed to acquire the company last month, its chief executive John Douglas said the move would help realise RPS’ goal of meaningfully contributing to solving challenging problems in energy transformation and water management.

‘I am very excited about the future of our combined company and the benefits for our people and clients.

‘By joining together, Tetra Tech provides RPS and its employees with a strong and culturally aligned platform that creates a pre-eminent consulting and engineering firm addressing climate change and all its effects.’

RPS Group shares fell 6.8 per cent to £2.20 by mid-morning trading, although their value has still more than doubled since WSP Global announced its initial buyout deal for the consulting business.