Struggling businesses reliant on the confidence of British consumers could be handed a December lifeline in the event of an English Fifa World Cup victory, new data suggests.

Such a boost would be welcome at a time when UK consumer confidence has been hammered in recent months by 41-year high inflation and a worsening economic outlook. Many consumer-facing businesses have been forced to rein in expectations as a result.

However, analysis of the last four World Cup-winning nations – France, Germany, Spain and Italy – suggests that any uplift on the back of a successful Three Lions campaign may be short-lived.

UK consumer confidence remained at around historic lows in November, registering a reading of -44 for the month on an index compiled by research group GfK.

Weak consumer confidence, and ultimately weaker spending, has had an impact on business confidence, which fell to its most pessimistic level in around 13 years in October, according to the latest Accenture/S&P Global UK Business Outlook Survey.

‘Good news remains in short supply as many people struggle to manage the purse-strings during this protracted and painful cost-of-living crisis.’ 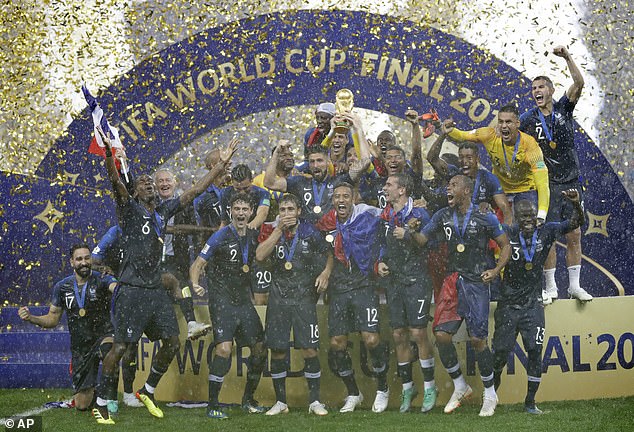 But, while England enter Saturday’s quarter final clash with champions France as underdogs, good news could be on the way in the event of a World Cup win.

Some businesses, such as pub groups, fast-food chains like Domino’s and even electronics suppliers, have already highlighted the importance of the World Cup to December trade.

Data compiled by wealth manager JM Finn shows the countries that won the last four World Cups enjoyed an uplift in consumer confidence during the month they lifted the trophy. 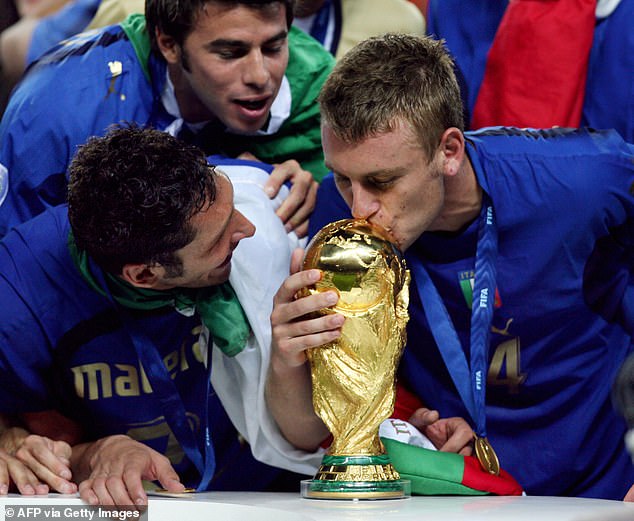 France, Germany, Spain and Italy all saw above-trend growth in consumer confidence in the July of 2018, 2014, 2010 and 2006, respectively, according to FactSet data.

The growth in consumer confidence in all four examples also exceeds the average month-on-month change for the period of May to September, suggesting that when a nation lifts the World Cup trophy, there is a measurable boost. 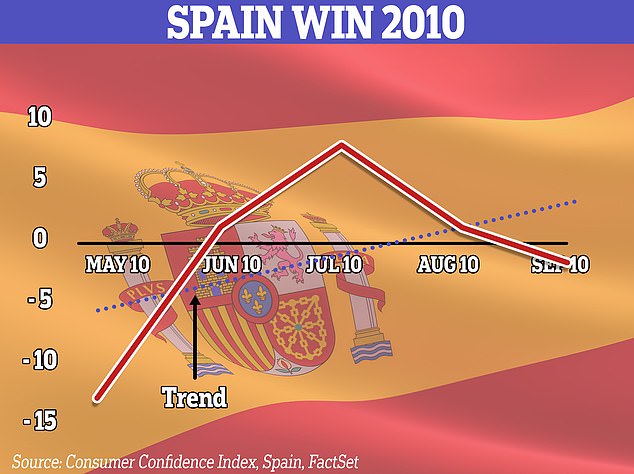 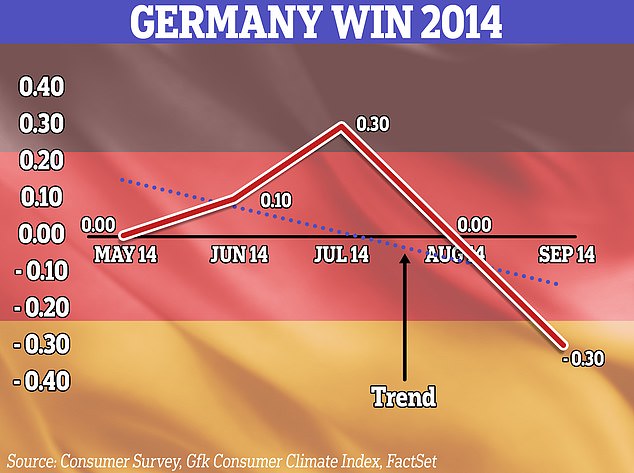 Jack Summers of JM Finn said: ‘Success at the World Cup for the home nation would not only delight fans but could offer a welcome short term economic boost.

‘If Harry Kane can fire his side to ultimate glory and lift the trophy, our analysis of previous winners shows that a World Cup victory improves respective consumer confidence in the near term.’

However, Summers adds: ‘Unfortunately this boost is fleeting and is typically eroded within a couple of months.’

Indeed, the data shows that in every example but Italy the nation’s consumer confidence actually receded into negative territory in the proceeding months.

And, with a difficult winter ahead for British consumers, it is probable that the UK would follow this trend.