A penalty from Spain’s Pablo Sarabia secured a 1-0 victory in their World Cup qualifier away to Greece on Thursday, meaning ‘La Roja’ need a point from their showdown with Sweden at the weekend to secure a place at next year’s World Cup finals.

Sarabia’s winner came in the 26th minute after Inigo Martinez was tripped following a corner. Sarabia’s low strike found the net to the left of Odysseas Vlachodimos.

In a nearly empty Athens Olympic Stadium, Spain dominated with 70% possession and were never in danger of losing. 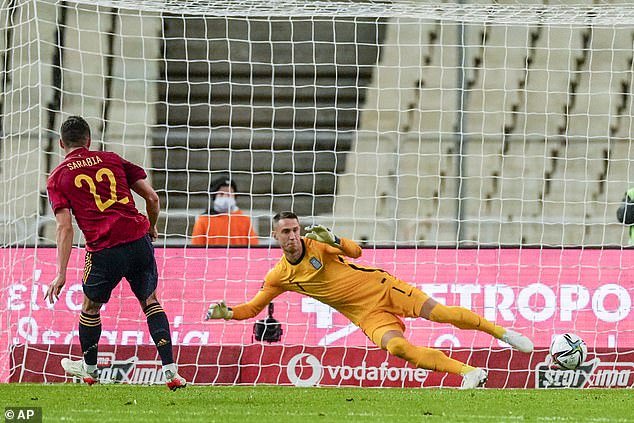 After Sweden’s surprise 2-0 defeat away to Georgia, Spain now lead Group B with 16 points, one ahead of the second-placed Swedes who they host on Sunday in their final group match.

Sweden must beat Spain in Seville to qualify automatically for Qatar 2022, while a draw would be enough for Spain to progress. The runners-up will head to the playoffs in March.

Spain’s win guarantees Wales at least a play-off spot in World Cup qualifying, even if they finish outside the top two after topping their Nations League group.

But Robert Page’s men will need to finish in the top two to have any chance of being seeded for the play-offs, due to be played in March.