England’s World Cup campaign kicks off in no more than three days, and Gareth Southgate will be putting together the finishing touches ahead of Monday’s opening clash against Iran.

With several familiar faces and a handful of new additions, the Three Lions’ squad boasts an enviable cocktail of talented youngsters and experienced internationals who are each bidding to fire England to World Cup glory next month.

Leicester playmaker James Maddison earned his first call-up to a major international tournament following a fruitful spell at the King Power, while Callum Wilson made the cut thanks to his superb goalscoring form at Newcastle.

Youngsters Jude Bellingham, 19, Phil Foden, 22, and Bukayo Saka, 21, are also heading to their first-ever World Cups having seriously impressed at some of Europe’s top outfits. 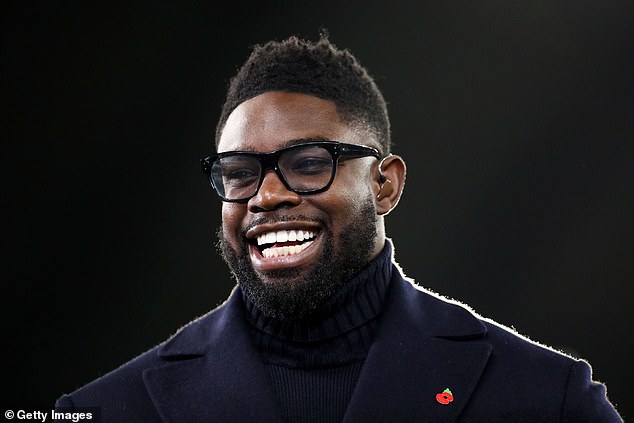 I’ve never understood the debate about whether he should start a tournament. What has he ever done wrong for England? He has actually been a hero at times. I love him and have no doubts about him.

He might be Marmite to some people but I like Jordan’s character. You need strong personalities in a successful group and that’s what he is.

I met him recently during filming for A League of their Own and I was won over by him. He’s a lad you cannot help but enjoy being around and the confidence he has off the pitch has helped his performances. He goes to Qatar on top of the league with Arsenal and he will be ready if called on.

He didn’t enjoy a great night for England against Germany in September but he has been spot on for Newcastle and fully deserves his place in the squad. He has taken a step forward since leaving Burnley in terms of his all-round game and it has been good to see. 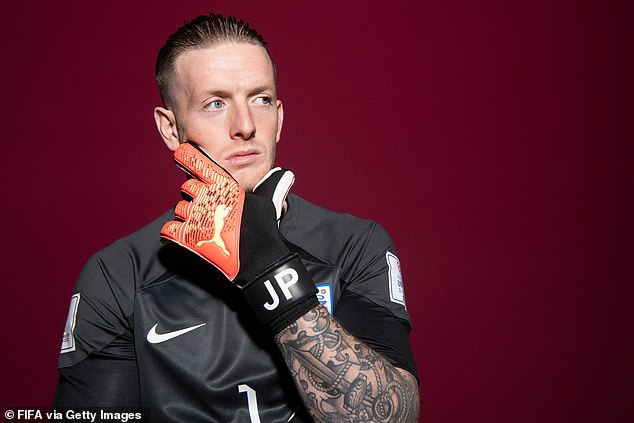 I hear people say ‘he can’t do this’ or ‘he can’t defend’. It’s strange. I never hear anyone really praise him for what he can do – and what he can do is breathtaking. He played a pass at Tottenham this month that was as good as I’ve ever seen. I’ve never lost faith in him. I’m delighted he’s in the squad because he improves it.

One of the most dependable characters, his experience and ability to switch from playing in a back three to a back four made him a guaranteed pick once he had proven his injury wasn’t really serious.

People will wonder how he can go to the World Cup after not playing since October 2 but it all comes down to having Gareth Southgate’s trust.

The most in-form full back in the Premier League and a huge part of Newcastle’s development. Every time I watch him, I can’t believe he’s 32 and producing the levels that he does. What a fantastic career he has had, from a young lad behind me and Pablo Zabaleta to a league champion in Spain. I expect he starts against Iran. 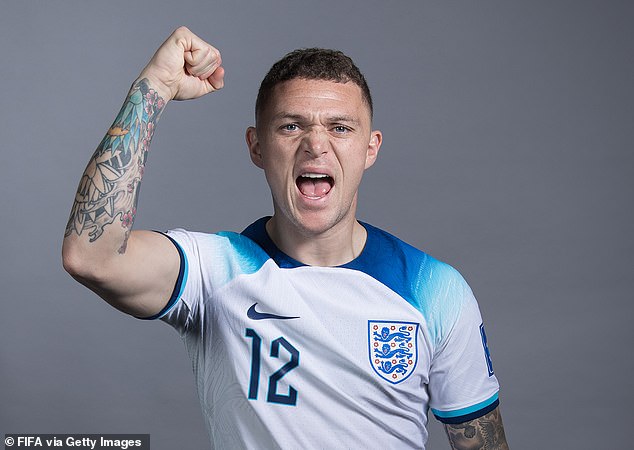 He didn’t get to play a minute at the Euros but he is a fantastic character and he arrives in the tournament in good form, following a successful move to Everton. If England line up with three at the back, plenty will have him down for one of those spots to start.

His form for Tottenham isn’t as strong as it was at the beginning of the campaign but his value to the squad is big.

He can play in defence but also has the ability to step into midfield if required and let’s not forget the courage he showed in Russia when stepping up to take the decisive penalty in the shootout against Colombia.

This selection has all come down to trust. As I mentioned with Kyle Walker, Gareth Southgate has picked him because he knows the Manchester United man well and he has never let him down in a tournament. I just hope that he doesn’t get let down and that trust hasn’t been misplaced. A big performance early on will help everyone. 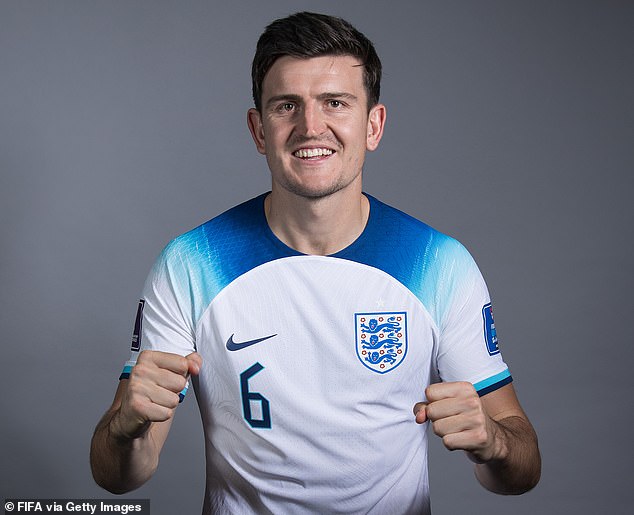 Southgate’s decision to put Harry Maguire in the squad ‘comes down to trust’, Richards insists

I want John to have a good tournament and remind people of what a class defender he is – his club team, Manchester City, more often than not, win every week and that makes it hard for people to appreciate what ability he has.

I spoke to him in December 2020 when he was out of the picture with England but his response to get his place back has been fantastic.

Having been in the squad for the Euros, the Arsenal man will not be fazed by the daily demands of a tournament. He knows what being an England player is about and you wouldn’t have any concerns about placing him in the team, regardless of the system.

The Manchester United man has been doing his business quietly and more or less made himself the first-choice left back.

After scoring in the Euro 2020 final against Italy and enjoying a great tournament, it would be harsh to overlook him. It is his place to lose on the left. 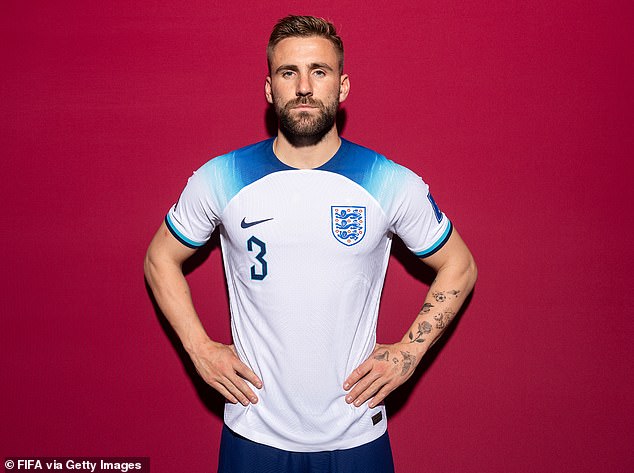 Luke Shaw, 27, heads to Qatar as the only conventional left-back in Southgate’s 26-man squad

Don’t worry about his youth and don’t worry about the stage. This boy is a superstar and everything I have seen from him for Borussia Dortmund in the Champions League tells me he is different.

He is so athletic, so composed, so powerful. He is one of the best I have ever seen at that age and I hope he matures into one of the best we have seen, full stop. One of the first names on the teamsheet.

Taking the captaincy at West Ham has helped him mature and he’s comfortable in a leadership role. I don’t think he had a great start to the season with his club but he is developing all the time and the memory of his performances at Euro 2020 is still fresh. He’s a class act and a guaranteed starter.

The former Leeds man has definitely benefitted from managers being able to pick 26-man squads because he hasn’t played enough for Manchester City this season due to injury. But Southgate loves him and believes he does a specific role for the team that nobody else can. 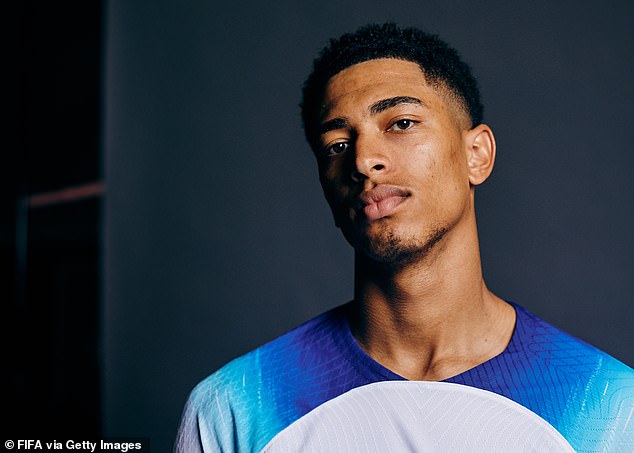 One of the easiest picks Southgate will have made. Perhaps his legs don’t move as sharply as they did a couple of years ago but he has been Liverpool captain for the last seven years and his presence around the group sets standards for others to aspire to. He is someone with great quality who can be relied on.

Would he have been on everyone’s radar two weeks ago? I’m not sure. It has not been a straightforward season for him at Chelsea but he has got great energy, he can score goals from midfield and offers something a bit different to England’s other midfielders.

Another Chelsea player who has found things a challenge. He has played in a number of different roles and struggled for consistency but there is no doubt whatsoever about Southgate’s thoughts on him.

I rate him highly and he can do important things for England in so many key areas. 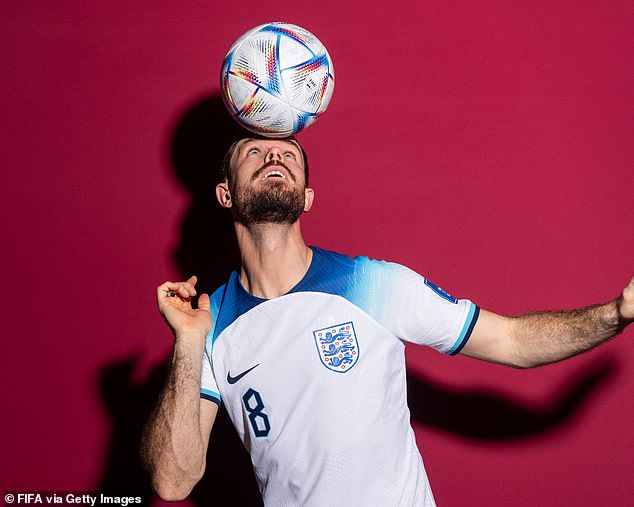 I won’t tell you anything obvious about the outstanding ability he has. I will simply state that I want to see him do for England what he has done for Manchester City and I hope that Southgate has a plan that enables him to get on the ball and cause havoc.

He needs a big tournament and he needs to remind people of who he is. I watched some old clips of him at Aston Villa recently to remind myself what a special talent he is.

He needs to remember what he can do when he wants to destroy a defender and not think he’s just another player. Come on, Jack: produce the magic.

What more can be said about Captain Fantastic? He’s just absolutely sensational. Signing such a long-term contract at Tottenham was a mistake because he could have been at Liverpool, Manchester City, Paris Saint-Germain or Bayern Munich winning the trophies his ability deserves. 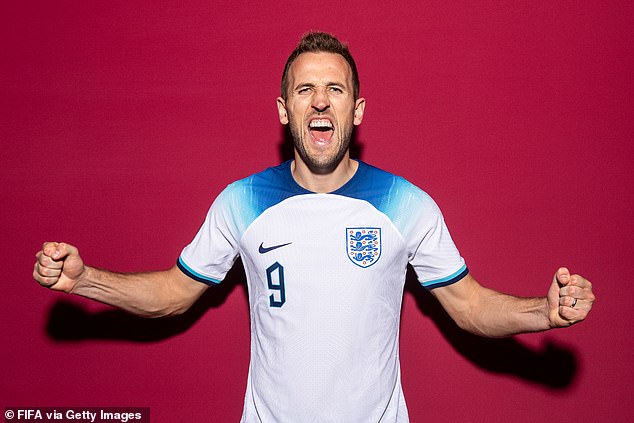 I said in September he should have been picked for England, so I’m not arriving late to this party! Sometimes when a player hits a rich vein of form, you just have to let him roll.

Everything he is doing is coming off and I believe he has done enough to start against Iran. He offers something different and his all-round game is excellent.

In ahead of Ivan Toney and Tammy Abraham on the back of a good season for Newcastle. He’s doing well but what happens if Harry Kane gets injured? It would be a huge responsibility on his shoulders.

The progress this young man has made over the last 18 months is colossal. Look at the way he takes pressure penalties for Arsenal and the performances he has produced. His case to be included in the starting line-up is compelling. 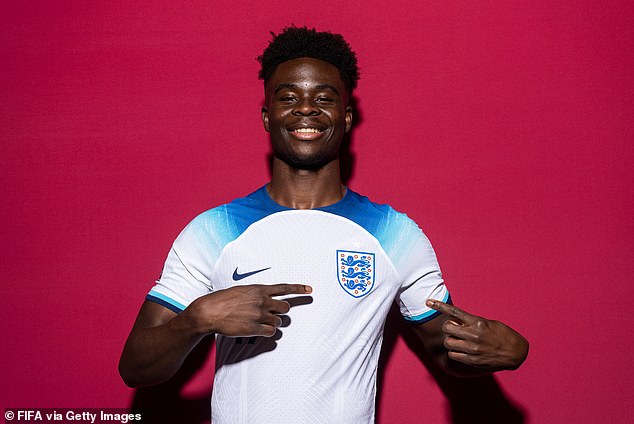 His confidence has returned and it looks like a weight has been lifted from his shoulders. His form has been so much better and he has played himself into the squad. I’m delighted to see him showing everyone he’s the player we know he can be.

He has been a massive player for England and maybe the change of scenery will reignite what has been a frustrating season.

Chelsea have been trying to work out how to play him. Southgate, by contrast, knows exactly what to do with him and he will have a huge role.