Fox Sports used secret, inside information in 2011 to secure World Cup television rights in the United States, according to Federal Court testimony shared with The New York Times.

Justice department witness Alejandro Burzaco, a former banker and sports marketing executive, has admitted to working as a middleman between FIFA and Fox, the latter of which successfully outbid ESPN and NBC during what was supposed to be a blind auction. Fox has since aired the 2018 World Cup from Russia and the 2022 World Cup from Qatar. Likewise, the Rupert Murdoch-owned family of networks will air the 2026 North America World Cup.

As the Times reported, Burzaco testified Friday that he was an intermediary between then-Fox International executive Hernán López and FIFA higher-up Julio Grondona.

‘He said, ‘If Fox puts up $400 million, then it will win,’ Burzaco said in Federal Court, referring to Grondona.

Fox ultimately did win the supposedly blind auction with a $400million bid.

Lawyers for Lopez and Martinez have asserted that the former executives are being framed, with one defense lawyer accusing Burzaco of masterminding the bribes.

During his first day on the witness stand Wednesday, Burazco told the court about the sham contracts that were set up with soccer officials to funnel the bribes.

He said the payments Lopez and Martinez are accused of making to South American Football Confederation officials helped Fox squeeze out competitors and secured the rights to tournaments for below-market costs. 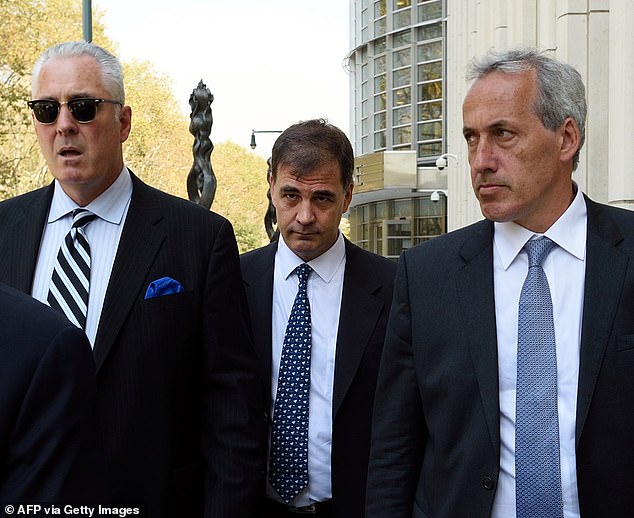 Alejandro Burzaco (C) leaves the US District Courthouse in Brooklyn September 18, 2015 in New York. Burzaco was to appear before a judge to answer to charges of bribery and corruption linked to the massive FIFA scandal

Lopez, a native of Argentina, is the former chief executive of Fox International Channels and later operated a podcasting venture. Martinez, a native of Mexico, headed the broadcaster’s Latin America affiliate.

Another sports media and marketing company, Full Play Group SA, is on trial with Lopez and Martinez, but the bribery allegations against that company involve different TV rights. Full Play, incorporated in Uruguay, is accused of paying bribes for the rights to the Copa America, a quadrennial national team competition, as well as to World Cup qualifying matches.

=The New York-based Fox Corp., which split from a subsidiary of international channels during a restructuring in 2019, has denied any involvement in the bribery scandal and is not a defendant in the case.

The company said in a statement that it has cooperated fully and respects the judicial process, noting the international channels were part of what was then known as 21st Century Fox before the corporate reshuffle.

‘This case involves a legacy business that has no connection to the new FOX Corporation,’ the statement said. 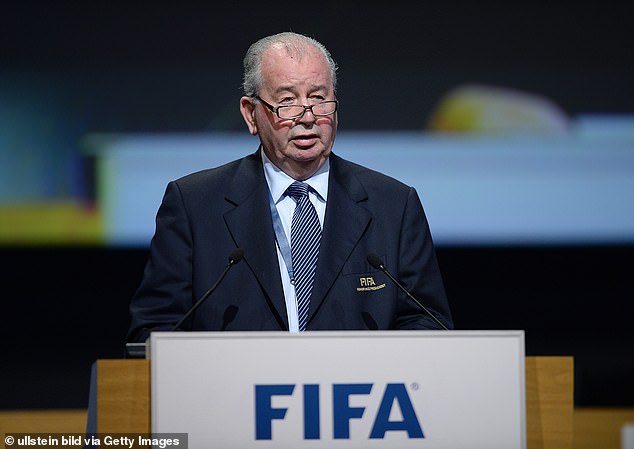 As the Times reported, Burzaco testified Friday that he was an intermediary between then-Fox International executive Hernán López and FIFA higher-up Julio Grondona (pictured)

So far, more than two dozen people have pleaded guilty and two people have been convicted at trial in connection with a U.S.-led investigation into tens of millions of dollars in bribes and kickbacks at soccer’s highest levels. Four corporate entities have also pleaded guilty. Four other companies were charged but reached agreements with the government to avoid prosecution.

The soccer world’s governing body, FIFA, has said it was not involved in any fraud or conspiracies and was a mere bystander as the scandal unfolded.

Nevertheless, the scandal thrust the organization under worldwide scrutiny. It has since sought to polish its tarnished image.

Last month’s World Cup final in Qatar, where Argentina prevailed over France in a dramatic title-clinching shootout, was the most-watched soccer match ever in the United States, according to television audience estimates. 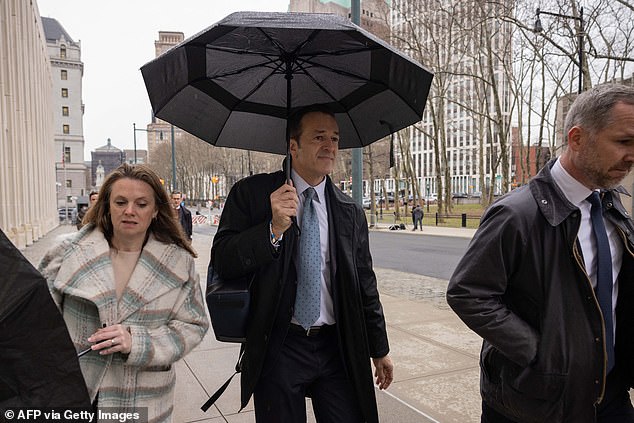 During opening arguments Tuesday, Assistant US Attorney Victor Zapana told jurors that millions of dollars in bribes fed a system of clandestine, no-bid contracts that ‘allowed disloyal soccer executives to live a life of luxury.’

Prosecutors allege that the payoffs enabled Lopez and Martinez to allow Fox to get confidential information from high-ranking soccer officials, including those at FIFA, that allowed its $425 million bid to beat out rival ESPN and secure U.S. broadcasting rights to the 2018 and 2022 World Cups.

Burzaco is a former business partner of the two men and headed an Argentinian marketing firm. He has cooperated in previous soccer corruption cases after his own bribery arrest in 2015 in a bid, his critics contend, to avoid prison.

Burzaco has pleaded guilty to racketeering conspiracy and other charges. He testified in 2017 that all three South Americans on the FIFA executive committee took million-dollar bribes to support Qatar’s bid for the recently completed 2022 World Cup.