As Australia celebrates making the World Cup, spare a thought for poor old New Zealand where fans are fuming after its soccer and cricket teams both lost crucial matches

In the wake of Australia’s historic World Cup qualification and Royal Ascot victory, New Zealand fans all over the country will be heartbroken after one of their worst days in sporting history.

Playing in a World Cup qualifier against Costa Rica in Dubai, the All Whites went down 1-nil thanks to some atrocious refereeing decisions before the Black Caps somehow lost the unlosable cricket test against England.

They are scars that will hurt for a long time and contrast sharply with Australia’s epic victory over Peru in Doha the previous night.

All Whites coach Danny Hay was furious after the game, even going so far as to say ‘FIFA let us down’.

‘FIFA have made a mistake there,’ said Hay in reference to inexperienced UAE referee Mohammed Abdulla Hassan Mohamed.

‘They have let us down in putting somebody in charge who has clearly not officiated at this sort of level.’ 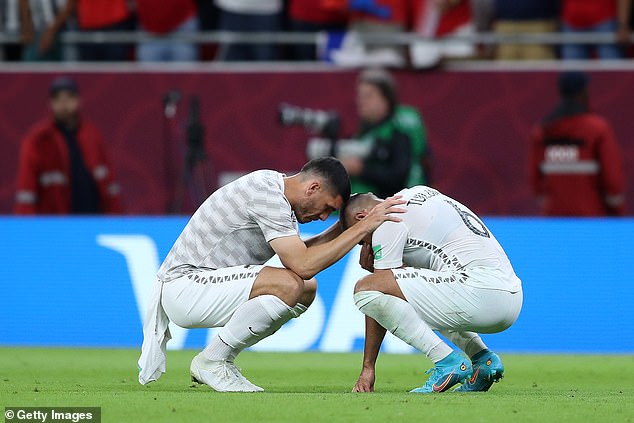 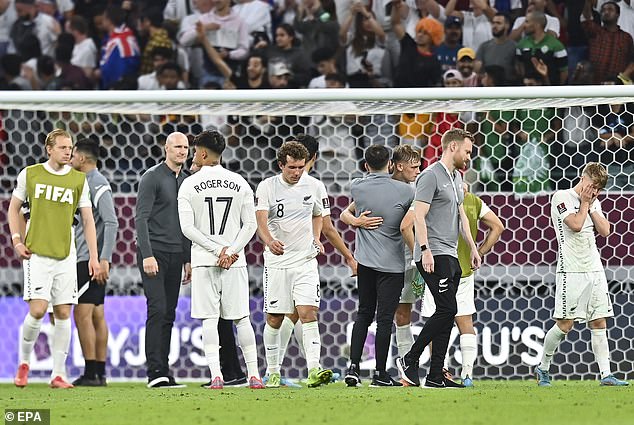 They were the words of a heartbroken man who had to watch striker Chris Wood’s goal disallowed by a contentious VAR decision before substitute Kosta Barbarouses was given a red card for a minor challenge on Costa Rica’s Francisco Calvo.

That card also came after VAR intervention, after Mohamed initially only gave him a yellow. 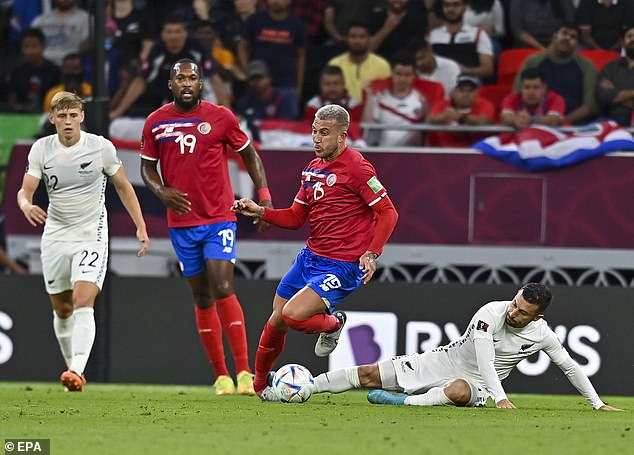 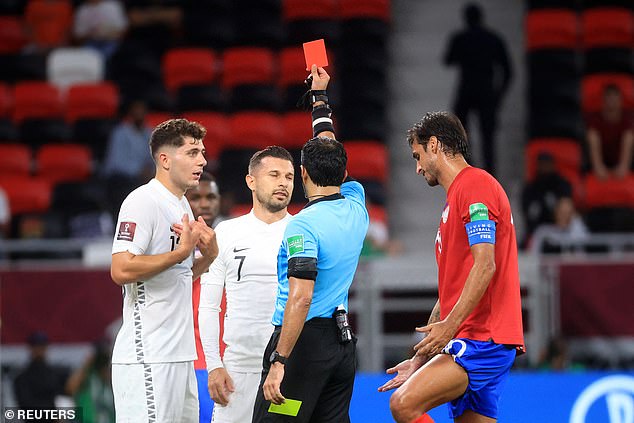 Barbarouses (second from left) was sent off for his challenge on Calvo.

It was a bitter pill to swallow for a side that dominated for 89 minutes of the match, and Hay was gutted for his players and the nation.

‘We are incredibly disappointed, we are hurting. I thought we were by far the better team. There was one team that dominated,’ he said in the post-match press conference.

It is possibly the most heart-wrenching way a side can miss out on a World Cup. 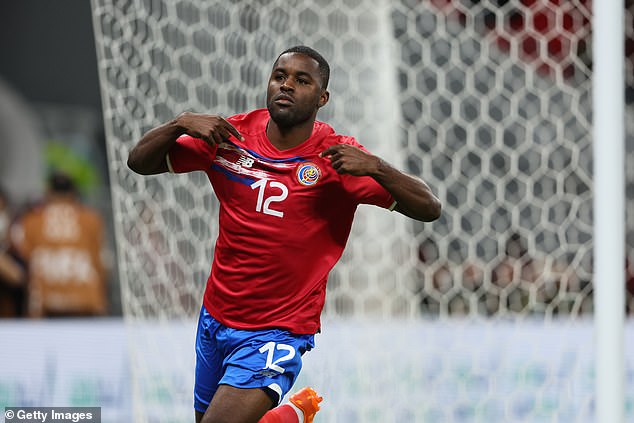 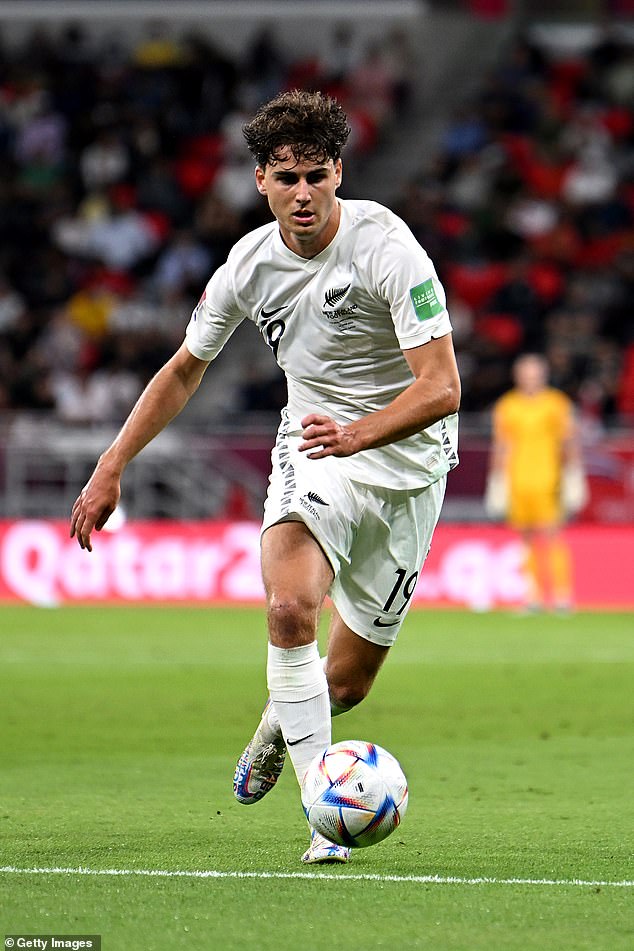 Matt Garbett goes on a run in the game, which the Kiwis heartbreakingly lost 1-nil

After conceding a very soft goal to Joel Campbell in just the third minute of the game, the Kiwis dominated every aspect of the game bar the officiating, which Hay labelled ‘atrocious’.

Mohamed looked like a deer caught in the headlights and let the Costa Rican team walk all over him, particularly in the second half.

Our mild-mannered neighbours across the ditch are just too nice for their own good.

Poor old New Zealand, they just can’t take a trick. Even the Socceroos were cheering for them.

But the failure to qualify for the World Cup was merely further punishment for Kiwi sport supporters. 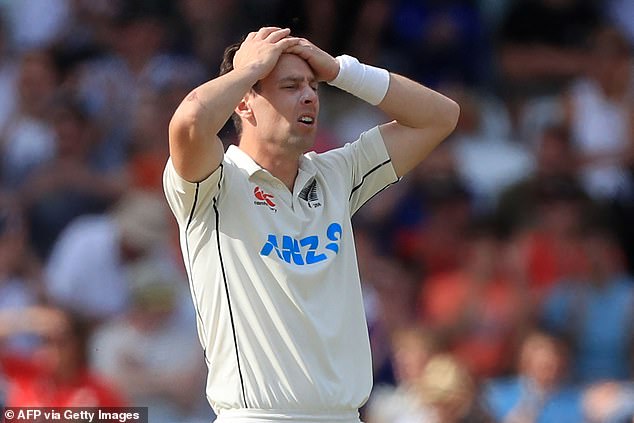 Despite putting an impressive 553 on the board in the first innings, the Black Caps could not get the job done in their second test match of the series against England earlier in the day in Nottingham.

Led by an incredible 190 from Daryl Mitchell and a handy 106 from Tom Blundell, the Kiwis looked in an imposing position. 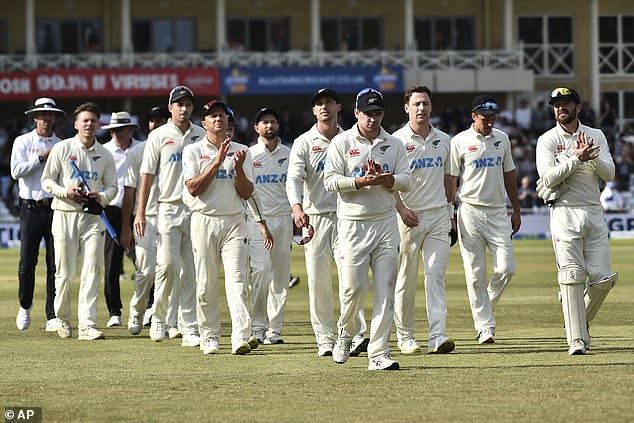 A dejected Black Caps side heads off to lick their wounds 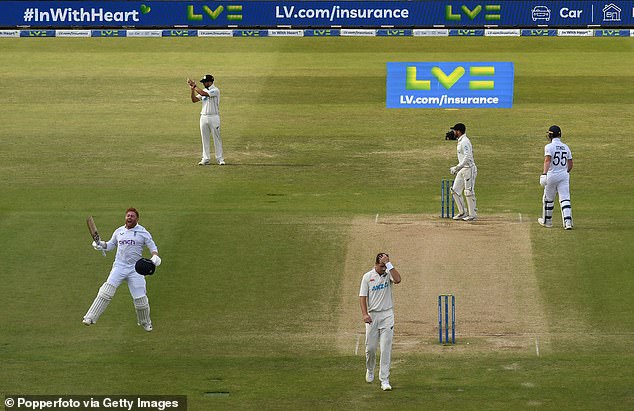 England needed 299 from 72 overs to win – something the Black Caps bowling unit would have been very confident of defending.

Bairstow, who had been in shocking form prior to the match, strode out like it was a white-ball game and remarkably England only needed just 50 overs to reach the total.

After the Black Caps cruelly went down to England in the 2019 World Cup final, every loss is a further twist of the knife.