EXPRESS INFORMER > Sports > World Cup 2022: How Italy went from Euro 2020 winners to the brink of disaster under Roberto Mancini

At the stroke of midnight, Cinderella Italy returned to being a humble girl, losing the status as the strongest national team in Europe.

The crisis in Italy is clear to see and there are no excuses for the mistakes made in their quest to qualify for the World Cup in Qatar next year. To draw with Switzerland, at home, and against Northern Ireland is a mortal sin that cannot be justified.

Slow and ponderous, Leonardo Bonucci summed up the shortcomings of a team that conquered Europe just a few months ago by beating England at Wembley – becoming the number one team in what was a sacred time for Italian football. 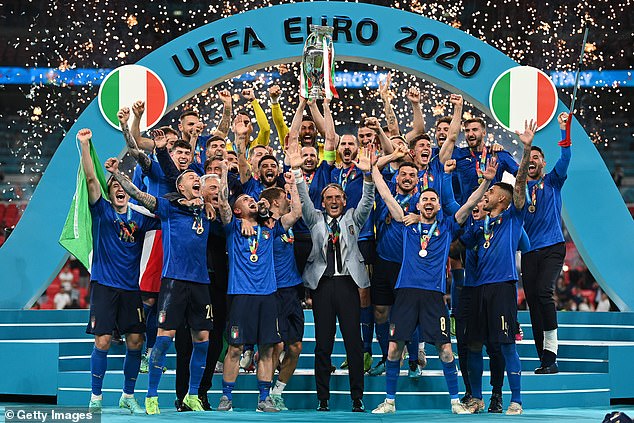 Coach Roberto Mancini has the huge task of finding a solution ahead of the play-offs in March, the team’s last chance saloon of reaching Qatar and reach a World Cup that is of utmost importance for the Azzurri.

To miss out on two consecutive World Cups would be an unprecedented failure in Italy’s history lasting more than 100 years and Mancini would go down as the protagonist of this disaster.

At the moment, Italy is divided between those who are worried about a crisis in the international team and those who have a lot of faith in Mancini and his squad.

MANCINI IS A MAGICIAN BUT HAS LOST HIS MAGIC WAND

In Italy, there is an saying: ‘Don’t shoot the pianist, he’s doing his best’. This phrase is appropriate for the situation Mancini finds himself in. The coach has come in for heavy criticism from supporters but is backed by the Italian football federation because it is very clear that the blame lies with the team and not with him.

If Jorginho had netted the decisive penalty against Switzerland, Mancini would have received all the plaudits, but after he missed that spot kick, Mancini has become the main culprit of Italy’s disastrous path towards Qatar.

It’s possible Italy were lucky to win Euro 2020 while hiding tactical and technical issues that were never exposed. We will have a better idea about this theory in March after the play-offs. 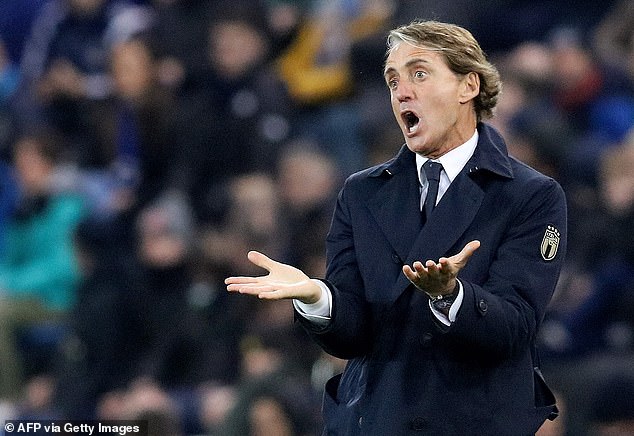 Four years ago, Mancini pulled off a miracle by changing the mentality of Italian football, giving the team freedom in attack. Now this miracle is over and his magic wand has disappeared.

Italy appeared to have been given new strength but it only highlights Mancini’s great skill in motivating a team without great individual qualities.

History teaches us that there are winning cycles but perhaps Mancini’s cycle has reached its limit already. It seems that many top players have failed miserably to make history.

Mancini’s position after the 0-0 draw against Northern Ireland was clear. He explained: ‘I told my guys that we can’t do anything now. Let’s focus on the match in March, we’ll prepare well. We’ll go to the World Cup and maybe we’ll win it.’ 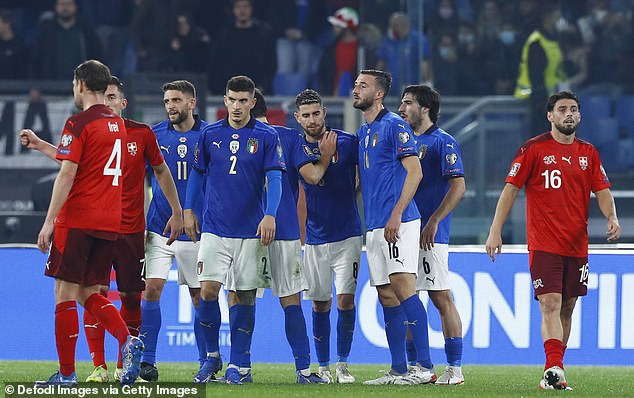 Italy’s aura has disappeared, it could even be argued they were lucky to win Euro 2020

JORGINHO AND INSIGNE ARE THE BIGGEST DISAPPOINTMENTS

Jorginho and Insigne are the biggest disappointment after the result in Belfast. Both players have gone from heroes of the Euro 2020 to failures after Northern Ireland’s sensational upset.

Roberto Mancini decided to substitute the pair to give a the team a shock and strengthen a group that froze against the physical Irishmen. Donnarumma looked very distracted, the attack was non-existent and only Federico Chiesa offered any real attempts of a sprint across the 90 minutes.

Italy were without any ideas against Northern Ireland, without an attacking threat, without any signs of dangering the goalkeeper Peacock-Farrell. Their aura from the summer has vanished and the team is now struggling both mentally and technically. Fans must accept what they are seeing on the pitch and can only hope for a better future after a poor performance. 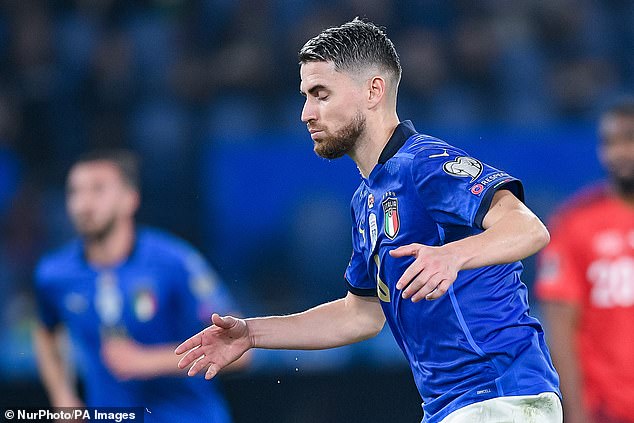 Jorginho is an inconsistent playmaker who struggles to grab the game by the scruff of the neck. If he doesn’t play his best game, the team loses confidence – no one else has the technique of the Chelsea midfielder.

Insigne, meanwhile, lacks personality and doesn’t seem to be the same player since the Euros. His miss against Switzerland seems to have affected him mentally. His number 10 shirt should give him a lift, not knock him down. When he plays for the international team, he is like Bambi. We only see his best qualities when he plays for Napoli and he fails to grasp the opportunties Mancini gives him to step up for Italy.

He always appears far away from the action. If Insigne is not at the centre of the game, the team is devoid of imagination and if he fails to create magic on the pitch, Italy’s gameplan goes flat and the team struggles to create chances. 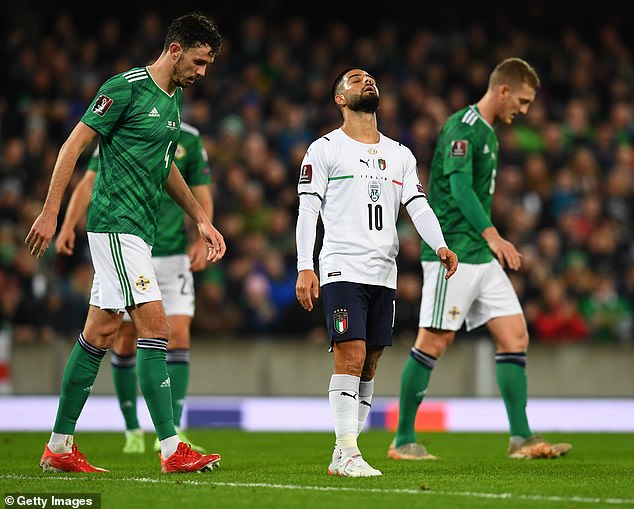 Italy’s biggest problem is the attack. For too long Italy hasn’t had a top striker capable of carrying the team and fighting for every ball.

Portugal has Cristiano Ronaldo, England has Harry Kane, France has Karim Benzema and Poland has Robert Lewandoski. They are all important teams with small tactical and technical problems, solved with the strength of a great centre forward who offers a constant supply of goals.

Italy has a black hole in attack in which all their fowards from the last decade have slipped into. Since Christian Vieri, Italy have sorely lacked a true number 9 to spearhead the frontline. Luca Toni was arguably one of the Italy’s worst players at the 2006 World Cup but Italy managed to win it thanks to Francesco Totti and Alessandro Del Piero. This year, Ciro Immobile won Euro 2020 but played the worst tournament of his career. 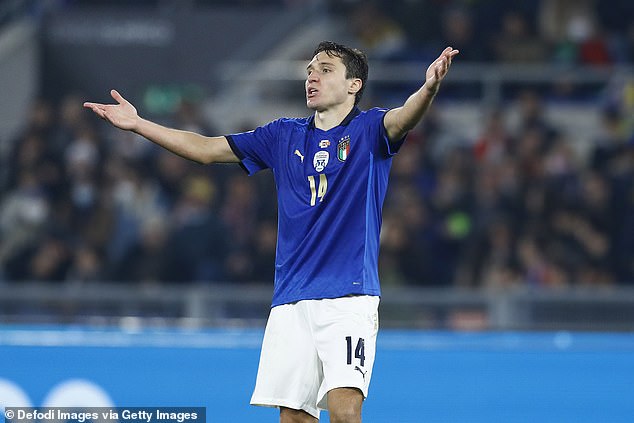 Italy have discovered the importance of having a top goalscorer. The absence of a world class striker is the biggest defect of this team, which lacks quality.

Mancini has been forced to field Giacomo Raspadori, Moise Kean and Andrea Belotti, strikers who either play for lesser clubs or struggle to impress at a big club.

Lorenzo Lucca is the young Pisa forward who is attracting attention in the transfer market but he is still too young to be called up for the national team. Claudio Chiellini – the brother of Italy captain Giorgio – who is sporting director at Pisa, has predicted great things for the 21-year-old, but at the moment he is only a hope for the future, not a solution for the present.