Workers in a Brisbane office block shared the facility with a Covid-infected person for 10 days before finding out, an

The incident occurred at the start of the pandemic in March 2020 at the Skyscraper Centre, Albert Street in the Brisbane CBD.

The building houses a number of government departments, including the Queensland Mental Health Tribunal.

The Covid-positive person worked at the the Skyscraper Centre, 53 Albert Street in the Brisbane CBD in March 2020 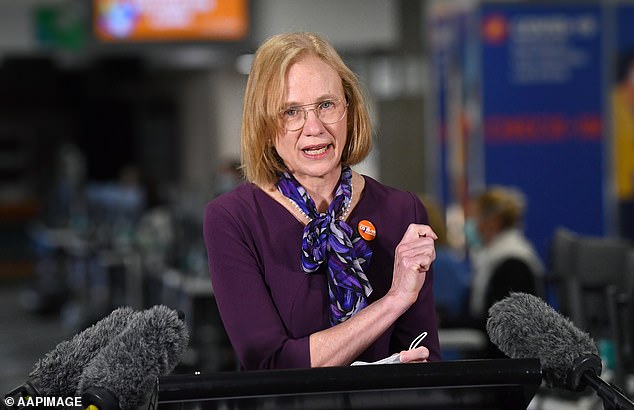 In an email chain, president of the Tribunal Annette McMullen emailed Queensland’s Chief Health Officer Dr Jeannette Young in March 2020 to tell her a security guard at the building was telling workers there had been a positive case in the building, the Courier Mail reported.

Ms McMullen was told ‘the men in hazmat suits had been’.

She said her inquiries to the building manager were dismissed before she was contacted by an employee of the Department of Housing and Public Works to confirm there had been a positive worker in the building 10 days earlier.

Ms McMullen said she was told the security guard should not have been telling people about the case.

‘He said they didn’t have a protocol as yet for advising tenants because they didn’t want to create unnecessary hysteria.’

Dr Young responded to the email by commenting that ‘it’s happening everywhere’, and referred to other active cases identified at the time.

Three new cases were recorded in Queensland at the time the positive worker was identified in mid-March. By March 30 there were 689 active cases in the state, and 33 new cases recorded on that day. 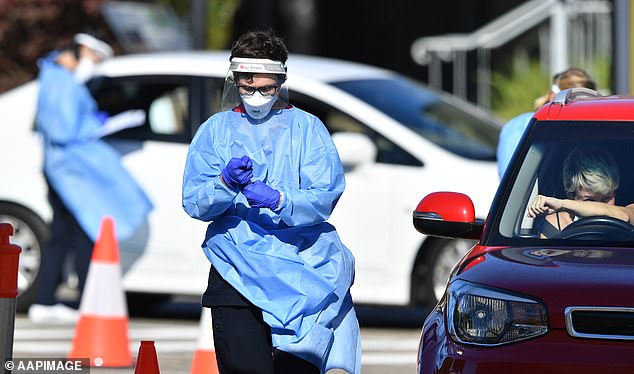 An outbreak associated with the St Thomas More College at Sunnybank in Brisbane’s southern suburbs appears to be under control, Dr Young said yesterday.

Queensland Health would not comment on the email exchange because it not a party to the proceedings.