Shoppers in Woolworths and Big W stores around the country will be able to pay for their groceries using a QR code that is linked to a digital wallet on their smartphone.

Meanwhile Woolworths has continued expanding its new Scan&Go system that allows shoppers to scan items as they take them off the shelves, and pay on an app, instead of needing to do it at the checkout or self-serve.

The system allows customers to scan their items as they shop using their smartphone and avoid lining up in long checkout queues.

Once you’re done with your shopping, the app gives you a QR code to be scanned at the ‘Scan&Go’ counter’ – where you can quickly pay for your shopping and then leave. 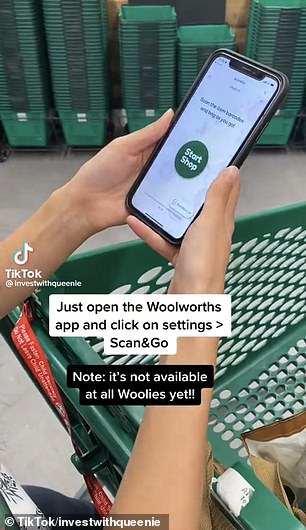 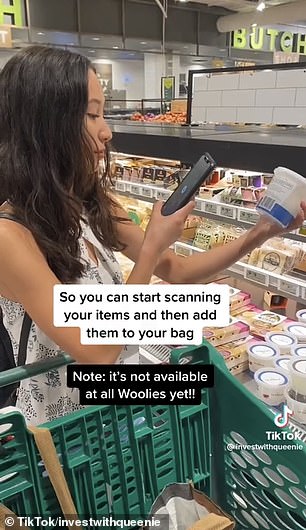 At some Woolworths locations, Aussies can scan and pay for items using their smartphone. Once finished, customers don’t need to line up and simply scan a QR code to pay for their items