Saturday’s FA Cup final will mark 100 years to the day since women’s football was banned by the FA.

It will be a poignant moment when Arsenal and Chelsea walk out to a crowd of nearly 50,000 at Wembley but this moment could have come sooner had the women’s game not been stopped in its tracks.

On Boxing Day 1920, 53,000 people watched Dick Kerr Ladies play St Helens at Goodison Park. Just under a year later, women were banned from playing, with the FA stating that the game was ‘quite unsuitable for females and ought not to be encouraged.’ 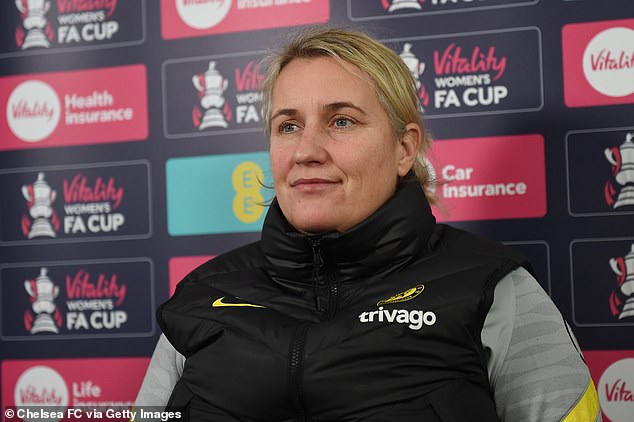 It has taken nearly 50 years to rebuild the women’s game but it is finally in as strong a place as it was when Dick Kerr Ladies ruled the roost. Now it’s Arsenal and Chelsea who are leading the way as the two best teams in England.

‘This is the showpiece event,’ Chelsea boss Hayes said. ‘Yes we’re two fabulous teams, both vying to win, but the FA Cup final is about history and it’s about yes, making more history, but it’s about the recognition of everybody that’s come before.

‘To have the game on a poignant date in the women’s football calendar is critical and must serve as a reminder that this game won’t be banned again, never. It’s only going to grow and get better and this game this weekend is about every single person who has made sure that women’s football is a permanent fixture in every woman’s life.’

Though the ban was lifted in 1971, parts of it remained in place for the next decade. Women were still barred from playing at football league grounds until the 1982 FA Cup final, which took place at Loftus Road. The first FA Cup final was played at the Crystal Palace National Sports Centre in 1971, with Southampton beating Scottish side Stewarton Thistle 4-1.

Lesley Lloyd, who was captain of the Saints that day, recalled how their preparation was a far cry from today’s professional standards. 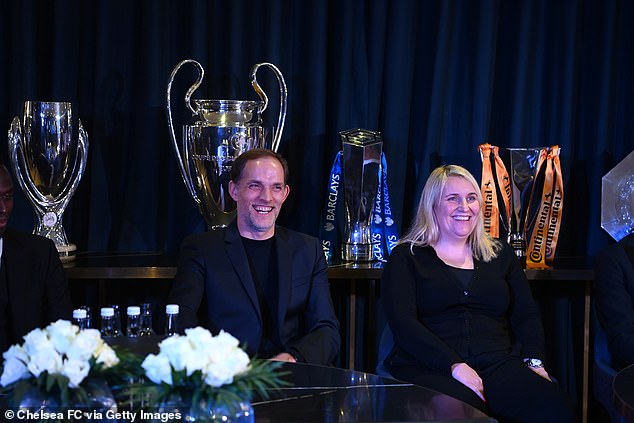 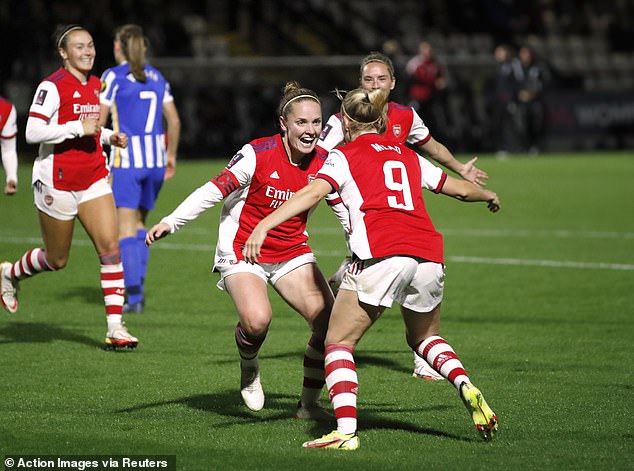 ‘We got there far too early so we walked to the high street and had coffee and cake – they wouldn’t do that nowadays,’ she said.

‘When we eventually got into the ground we all looked at the grass, our manager was saying “they haven’t cut it” – it was far too long. But it was our Wembley, it was our Cup final and something we would never forget.’

It was a low key affair with only a small crowd watching on and little interest from the national media. ‘

Lloyd added: ‘Afterwards we all just went home. We didn’t have a group celebration, we went back to work on Monday. It was mentioned on BBC News, the score, but not mentioned the next day in the national papers. We didn’t even have a picture taken with our cup, we did that a week later at our place.’

Saturday’s final will be broadcast live on the BBC. Both teams train at the same base as their male counterparts and Arsenal trained at the Emirates on Friday. It is a world away from the facilities players had even 10 years ago, never mind 50 and Lloyd admits her generation would have loved to have had the opportunities today’s stars enjoy. 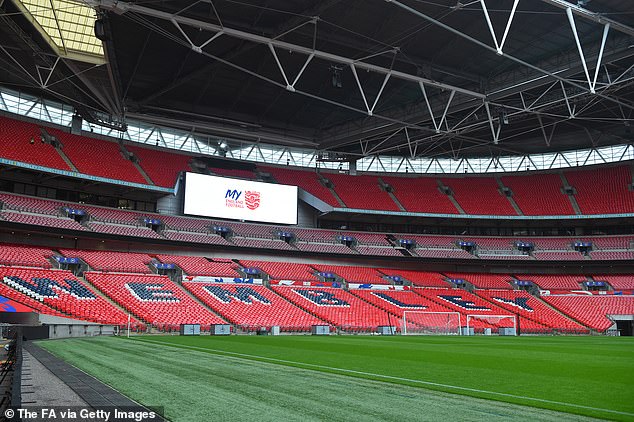 Around 50,000 fans are expected at Wembley for the final between Chelsea and Arsenal

‘We played on recreation grounds with hardly any facilities. We played on the common in Southampton. We had just a hose pipe to hose our boots down.

‘We’d loved to have played on better grounds. We do discuss when we watch matches and say “the skill level is really high” it’s far better than what we played in but then we sort of think well if we’d have had all the facilities that they’ve got now, we’d have loved to have been 50 years younger.

‘You watch it and you think “would we have been as good as that?” and I think some of them would have been.’