Ultra politically correct social media users have leapt to the defence of a passenger for putting her feet up on the headrest in front of her on a flight from Melbourne to Adelaide.

A passenger was aboard an Emirates flight when he spotted the relaxed woman, posting her picture to Twitter with the caption: ‘The person next to me on my flight’.

The picture shows the woman, in a pair of heavy brown boots, resting her feet on the headrest of the seat in front of her – just inches away from another passenger’s head.

While some agreed the woman’s actions were beyond rude, many excused her actions saying it was likely for ‘health reasons’ that she had her feet up in the air – even claiming she could have a ‘medical condition’ that was driving her behaviour.

Conditions such as deep vein thrombosis and blood clots can rely on elevating legs for treatment.

Other users also decided to turn on the man who posted the picture to Twitter.

‘Is she really harming anyone?’ one user wrote.

‘If she’s not touching the guy in front I don’t see the problem,’ said another.

Some were still against the woman’s actions labelling them ‘nasty’ and ‘appalling’.

‘Worrying lack of consideration for others’, one user wrote.

‘Omg that is so nasty,’ wrote another.

Many were also shocked the man in front didn’t complain, to which the passenger replied that he remained asleep the entire flight. 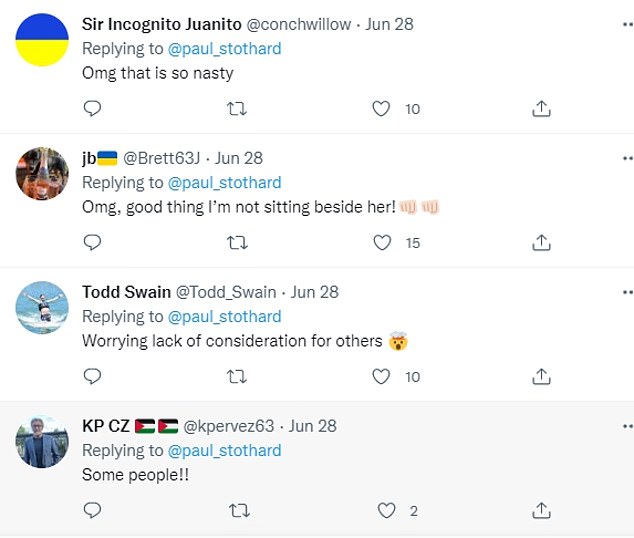 Others however, hit out at the woman’s actions labelling them ‘nasty’ and said she was inconsiderate

Last month disturbing vision emerged of the moment a person pushed their bare foot into the personal space of another passenger on an interstate flight.

In the Instagram video, the barefoot passenger could be seen sticking their foot through the gap between the side of the plane and the seats in front of them during a different flight from Melbourne to Adelaide in May.

The video was met with a variety of comments about the rude gesture by the passenger. 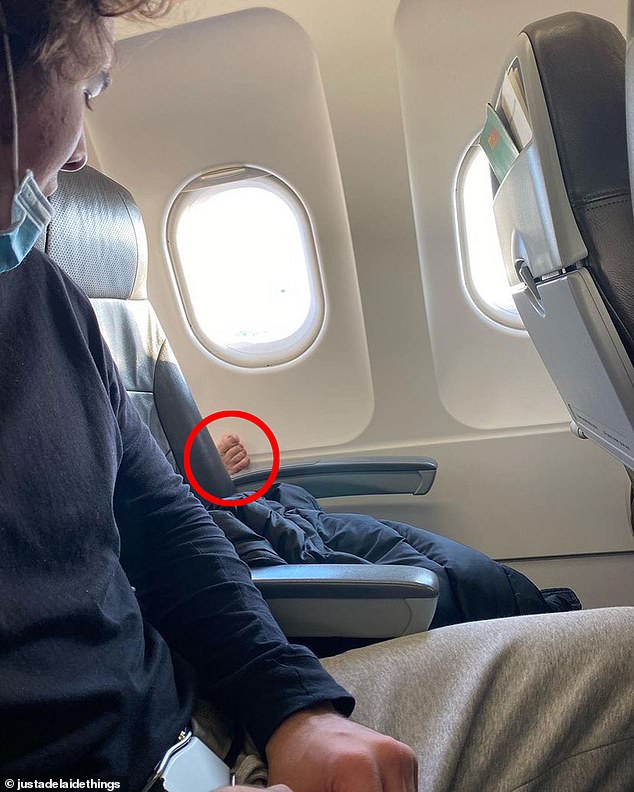 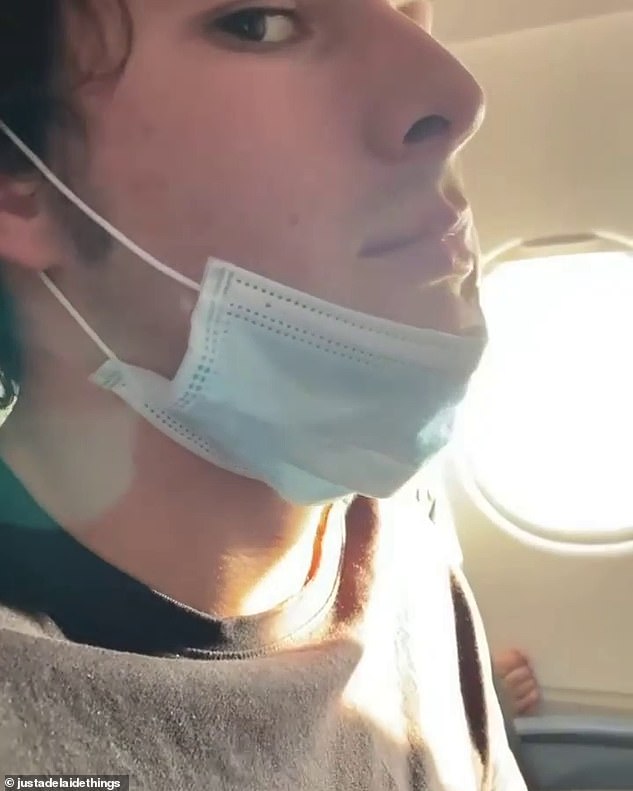 Another said, ‘oh hell no.’

‘Your worst nightmare,’ a third added.