A woman, who was dumped by Egyptian toyboy for ‘being old’ found love again with a new flame – and they plan to tie the knot in Cairo in January.

Joanna Girling, 47, from Kings Lynn, Norfolk, met Hysm Fygo, 39, after she was dumped by another man from Egpyt.

But the former Tesco worker says her and Hysm’s love is real – and their sex life is as healthy as ever.

Joanna Girling, 47, from Kings Lynn, Norfolk, who was dumped by Egyptian toyboy for ‘being old’ found love again with a new flame Hysm Fygo, 39 (right)

She claims the pair romp daily when they’re together – and she can’t wait for their wedding night.

Joanna said: ‘We’re having sex every day when we’re back together, and we’re still trying for a child.

‘I’m excited that I’m going to be his wife for real – when he proposed we’d been living together and it felt right.

‘The spark is still there, every day when we’re together it’s great it’s just hard being apart from each other.’ 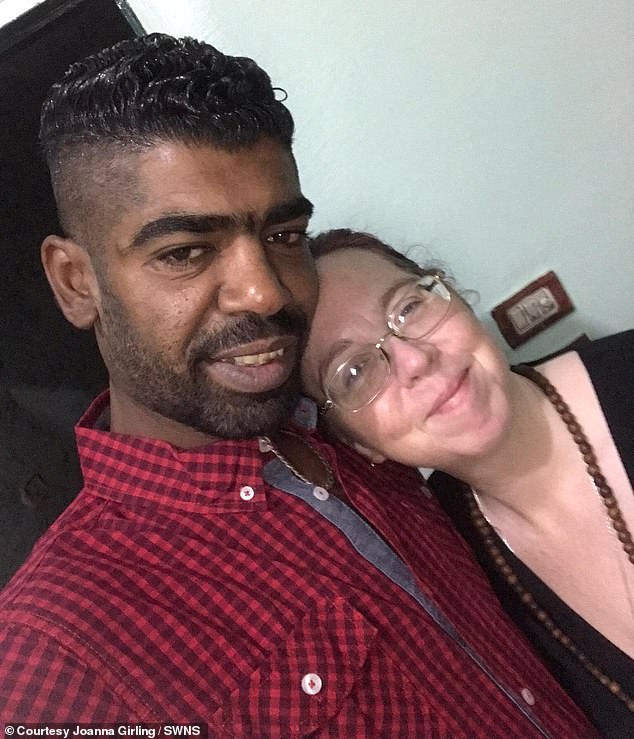 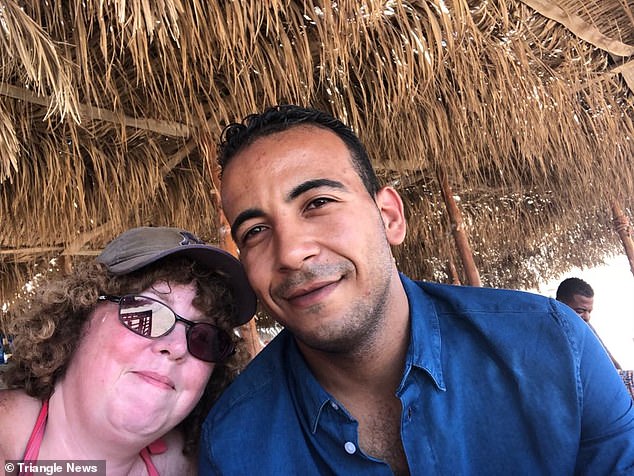 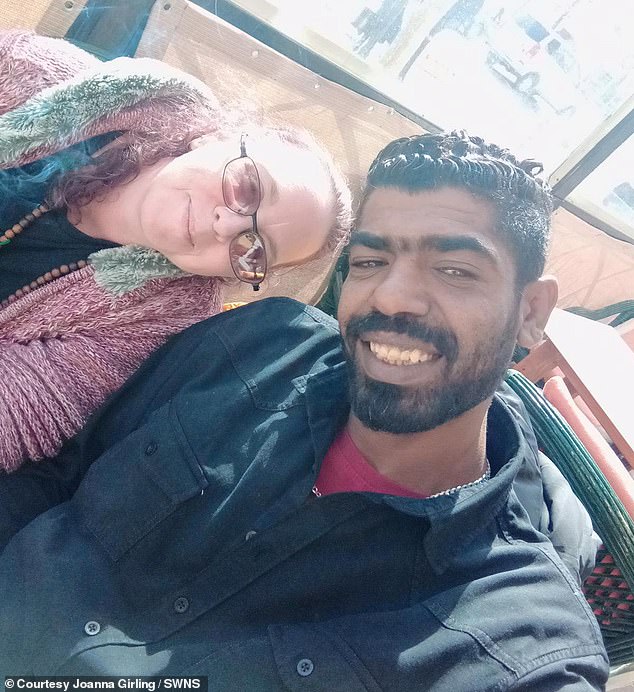 Joanna left her British husband after meeting Egyptian Hassan Kahlied on holiday in Egypt in 2018.

Joanna claims she would sneak off to sleep with the waiter while her husband slept – and broke off her marriage when they returned home in July of the year.

But Hassan – who was in his 20s – later dumped Joanna, supposedly telling her she was ‘fat and ugly’.

Joanna said: ‘[Hassan] was texting me saying he loved me and missed me so I went out to Egypt to meet him – but after a month money ran out.

‘He told me to go back to England to carry on working, but when I flew back he said I was fat and ugly and not to message him anymore.’ 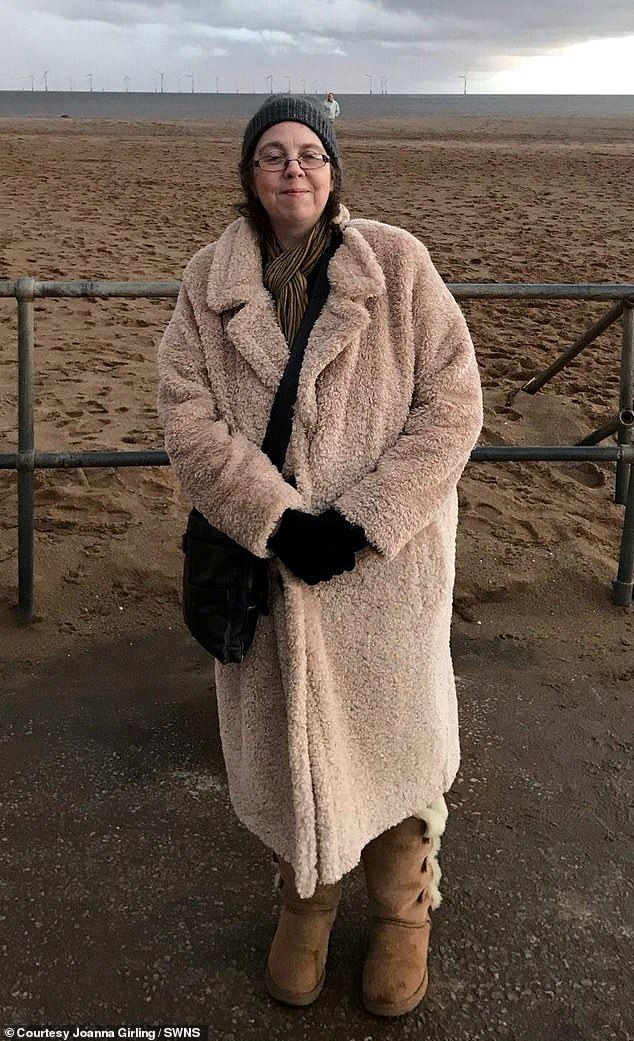 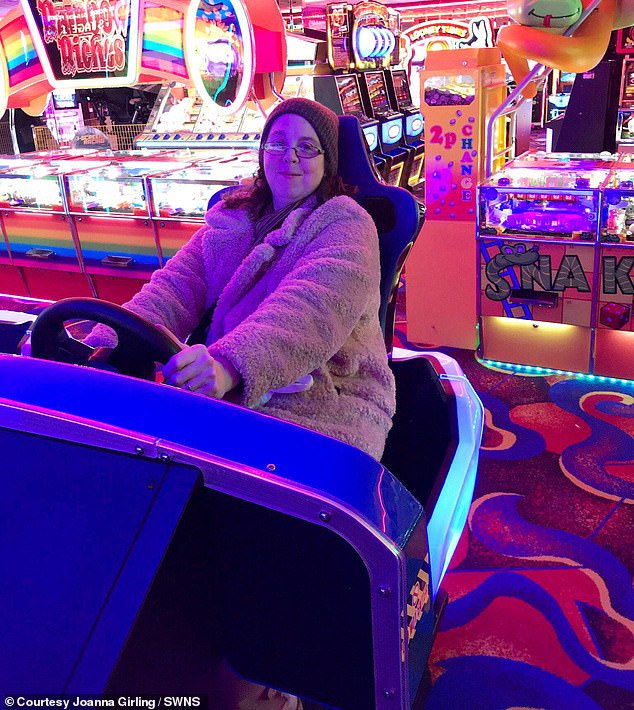 Gutted Joanna then met her now-fiancé in May 2019 when she returned to Egypt to start a new life.

She met shop owner Hysm by chance in the June while with a friend, when she was working as a nursery teacher in Hurghada.

After her friend returned home for the night, Joanna and Hysm shared a taxi ride back to her apartment – where they enjoyed a night of passion.

Joanna said: ‘I went back out to Egypt and went to Hurghada to start living and working, I wasn’t out there looking for love.

‘A friend of mine came to see me on holiday and we went for a walk and sat down for a drink at Hysm’s herbs and spices shop. 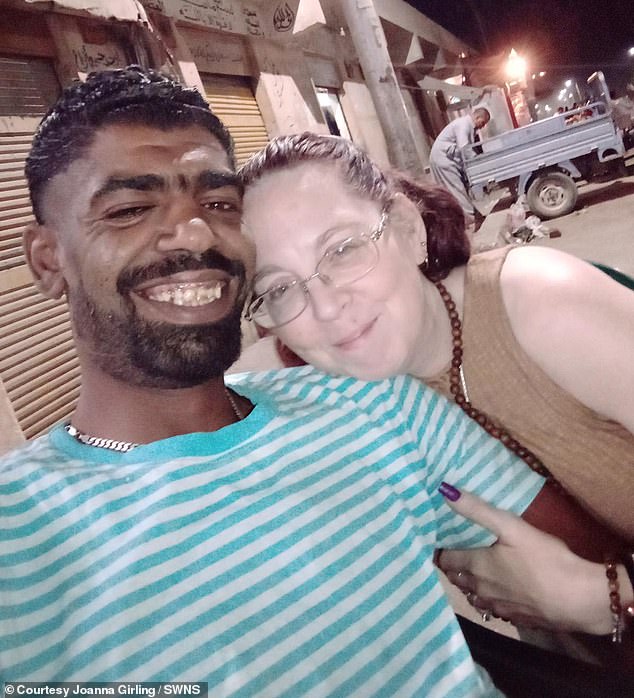 ‘My friend said she wanted to go back, so I said I’d go back to the shop and sort out a taxi.

‘He came back with me in the taxi to my apartment and stayed the night – and after that he kept coming back and seeing me.’

Now, they’ve been together for three years and are preparing to get married in January – and Joanna says things are steamy as ever.

Joanna claimed: ‘My family have still not had any contact with me since I’ve been back even though they know I’m back.

‘But I have all Hysm’s family and they love me that’s the main thing.

‘I kept pushing him away as I’d lost trust in men because of what happened in the past, it was still in the back of my mind.

‘He kept coming back saying you need to trust me I want to be with you – in the end I gave up pushing him away because I knew there was something there but I was still scared. 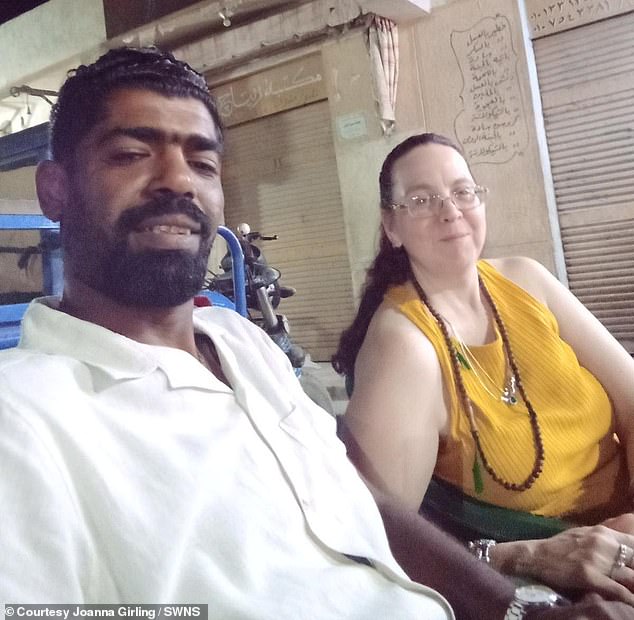 During Covid the couple were living together in Hurghada but they didn’t have the money to pay for an apartment, so they went to Luxor and stay with Hysm’s family 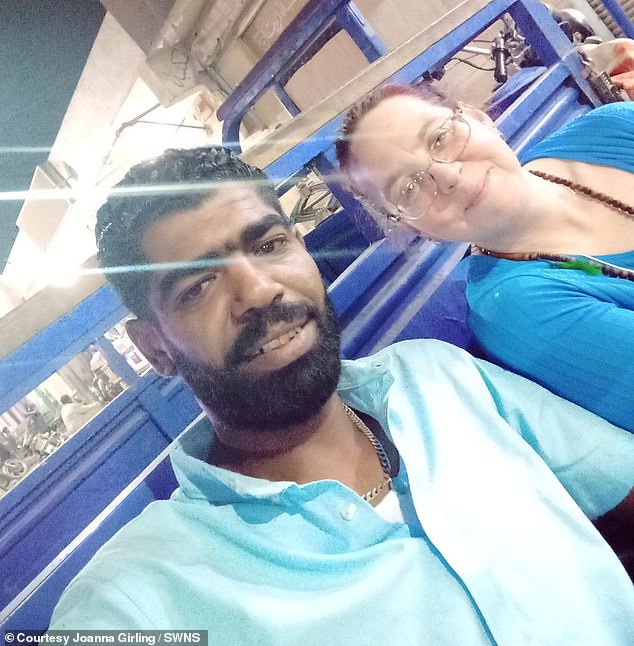 Now, they’ve been together for three years and are preparing to get married in January – and Joanna says things are steamy as ever

‘I let him in and said to myself, ‘I have to try and trust him’.

‘During Covid we were living together in Hurghada but as all the schools closed and we didn’t have the money to pay for an apartment, so he said we should go to Luxor and stay with his family.

‘We were there for a year and a half and then we decided I would come back to England to get divorced so we could get married properly.

‘Now I’m divorced, and it’s all sorted, I’m staying in the UK for a little bit longer as we have to wait three months until I can get married again, so I’m staying here for those three months to save up some money.

‘Because I’m marrying an Egyptian, Western women have to go to Cairo to get married, it’s a bit like a registry office.

‘We’re getting married in January – I’ve got to go and pick my wedding dress up while he’s planning a two-day wedding party in Luxor.

‘On the second day is when I wear wedding dress and he wears a suit – he’s doing it all, I’ve got nothing to sort out at all.’