A businesswoman who smashed a wine glass in the face of a Miss England finalist has been ordered to pay back £7,000 in compensation but was spared jail.

A judge had warned China Gold that her attack on beauty queen Olivia Cooke, 22, in a pub row ‘crossed the custody threshold by a mile’.

But the 28-year-old sobbed during sentencing on Friday when she was told that although the victim had been ‘profoundly affected’, there was ‘a strong list of personal mitigation’ which allowed an 18-month jail term suspended for two years.

Gold was also ordered to pay Miss Cooke £7,000 compensation within a fortnight and carry out 200 hours of unpaid work. 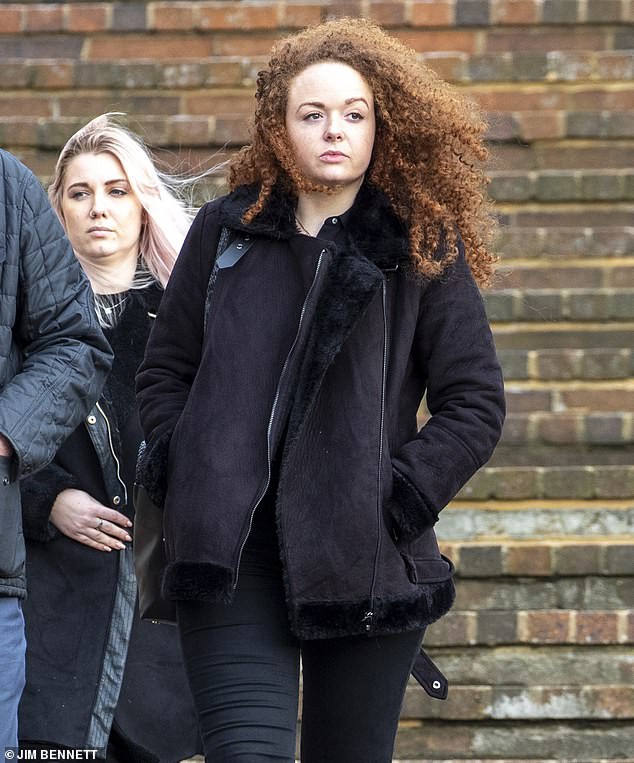 China Gold, 28, (pictured at a previous hearing) was spared jail but was ordered to pay back £7,000 in compensation after smashing a wine glass in the face of Olivia Cooke, 22

Maidstone Crown Court heard that Gold pushed her wine glass into Miss Cooke’s face during a row at The Farmhouse pub in West Malling, Kent, on October 19, 2018.

The violence flared up after Gold made ‘crude comments’ about Miss Cooke’s sex life, calling her a ‘slag’ and a slut’, the court heard.

Miss Cooke said she tried to ‘laugh it off’ but told Gold, who she had only met once before, that she did not ‘appreciate’ what she had said.

Gold accused Miss Cooke of trying to start a fight when they were both outside the pub.

Gold then grabbed the beauty queen around the throat before striking her with the glass, the court heard.

Miss Cooke, who is also a professional golfer, needed five stitches after Gold pushed the glass into her forehead for a second time, leaving a deep 5cm cut to her forehead.

The Miss England finalist had glass embedded in a smaller wound above her left eye and also suffered a swollen left cheek and a heavily-bruised left eye.

Gold had denied unlawful wounding after claiming that she had acted in self-defence because Miss Cooke had allegedly hurled a glass at the back of her head.

She told the court that she ‘instinctively reacted’ by spinning around and throwing her own glass back at the 22-year-old. 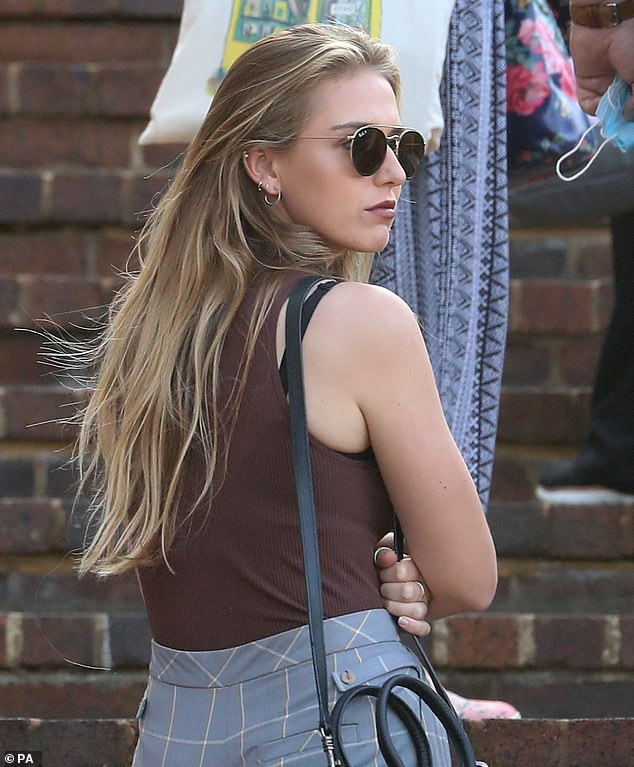 Olivia Cooke, a professional golfer, needed five stitches after Gold pushed the glass into her forehead for a second time, leaving a deep 5cm cut to her forehead, court heard on Friday

‘It wasn’t a push, it was a grab. She had her wine glass in her other hand. I got her off my neck and pushed her off,’ a tearful Miss Cooke told the jury.

‘She done it for a second time and the glass was still in her hand. I have obviously got my back up and got in a verbal argument, trying to stick up for myself.

‘Out of nowhere she chucked her drink on me and I don’t know what happened but instantly she glassed me twice towards the head.

‘It was one to break the glass and the second to cause injury, and obviously it has.’

Miss Cooke, from Barming, Kent, said she was not immediately aware she had been physically hurt and ran after Gold, only to be told she was bleeding heavily.

Gold, who runs a vehicle recovery firm and a car body repair shop, was found unanimously guilty following less than an hour’s deliberation by the jury.

Despite needing five stitches, the beauty contestant competed in last year’s Miss England final, but sadly missed out on the top spot and a place at Miss World.

Miss Cooke, who teaches golf to children, still awaits plastic surgery to the scarring on her face, as well as to repair nerve damage. She is also said to suffer from severe stress, anxiety, and depression.

She also feared discipline from the Professional Golfers’ Association and the Miss World Organisation after they received anonymous calls that she had been in a fight. 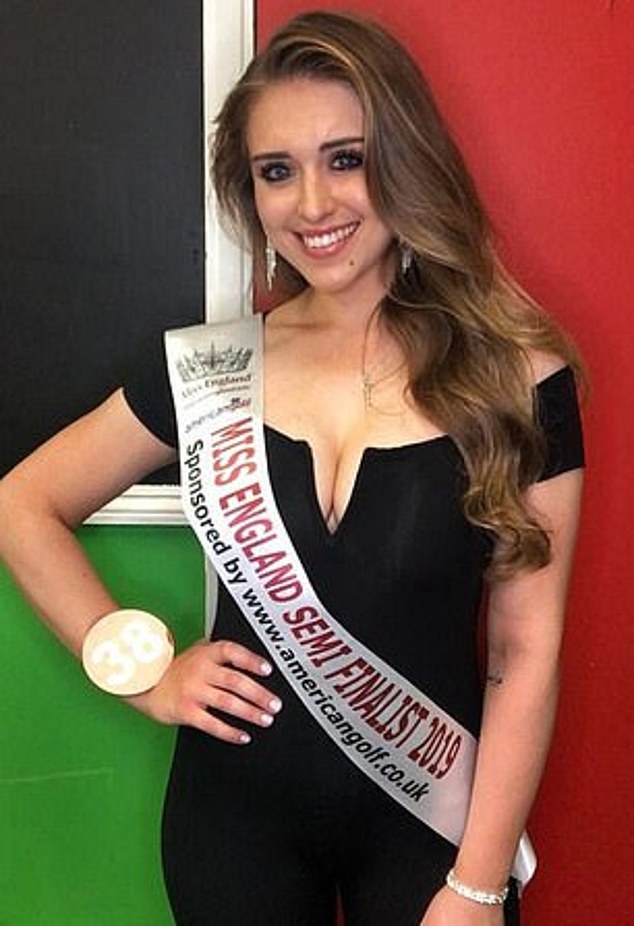 The beauty contestant still competed in last year’s Miss England final, but sadly missed out on the top spot and a place at Miss World

Prosecutor Emin Kandola said the impact of the glass attack on her personal and professional life had been ‘substantial’.

But Judge Philip Statman said when reaching a ‘fair and just’ sentence that he had considered mitigating factors.

Miss Cooke was also charged with common assault on Gold, in relation to the allegation she had thrown her own glass.

But she maintained during her evidence that she did not have one in her hand during the row.

In her victim impact statement, Miss Cooke said her injury had led to blurred vision and she now needed to wear glasses or contact lenses, even when playing golf.

She added she had also faced questions about her scars from youngsters she taught, and felt like ‘an outcast’ while competing in Miss England.

‘I feel very angry and upset and I know I will have scars on my face,’ she wrote.

‘I am very confused as to why China would do this and disfigure me.

‘Having to look at the scar on a daily basis in the mirror has caused a huge amount of upset and I am sure I will never get over it without plastic surgery.’

Gold, who suffered cuts to her hand from the broken glass, told the court that she had no intention of hurting Miss Cooke and had apologised on seeing blood all over her face.

‘I felt bad. It was instinctual, I didn’t go out of my way to do it…..I am just not a horrible person,’ she told the jury of seven men and five women.

Robin Griffiths, defending, said the row between the two women led to ‘a feverish atmosphere in which it was all too easy to be carried away in the moment’.

The court heard that Olivia’s mother Julie, having heard her daughter was injured, turned up at the pub and punched Gold in the face, leaving her with a black eye.

Mrs Cook later pleaded guilty to assaulting Gold and causing her actual bodily harm and was sentenced by magistrates in July this year to an 18-month conditional discharge.