Stir-frightening! Woman swings wok full of steaming hot noodles around her head as she dances to Gangnam Style while cooking

This is the moment a woman combines dancing and cooking noodles over a naked flame in an alarming cookery demonstration at an Asian food market.

Footage captures her swinging a wok full of steaming hot noodles around her head as she dances to Gangnam Style.

The clip was posted on social media where it has gone viral with almost 9 million views.

In the video, the woman is surrounded by onlookers as she stir-fries noodles on a large flame while moving to the beat.

As the song reaches the chorus she picks slot her ladle into the handle of the wok, and begins to swing it around her head.

The wok circles her head nine times as she swings it vigorously as she gyrates – with the steaming hot noodles somehow staying in the cooking dish.

The wok comes dangerously close to the ground and her headband falls off mid-performance but she ignores it and keeps on dancing. 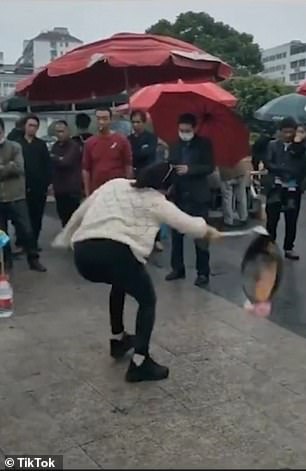 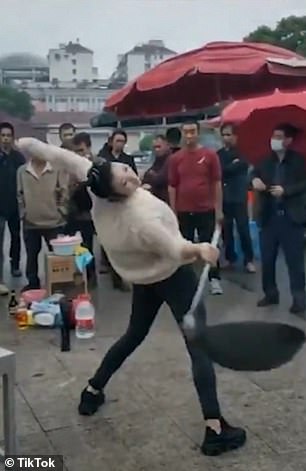 As the chorus nears the end, she places the pan back on the flame and continues to groove while she cooks.

The footage provoked amazement with Twitter users after it was shared online on October 9, with the caption: ‘ Me making supernoodles after coming home at 4am hammered’.

One person commented: ‘I always just wonder what makes someone decide they’re going to start doing stuff like this.’ 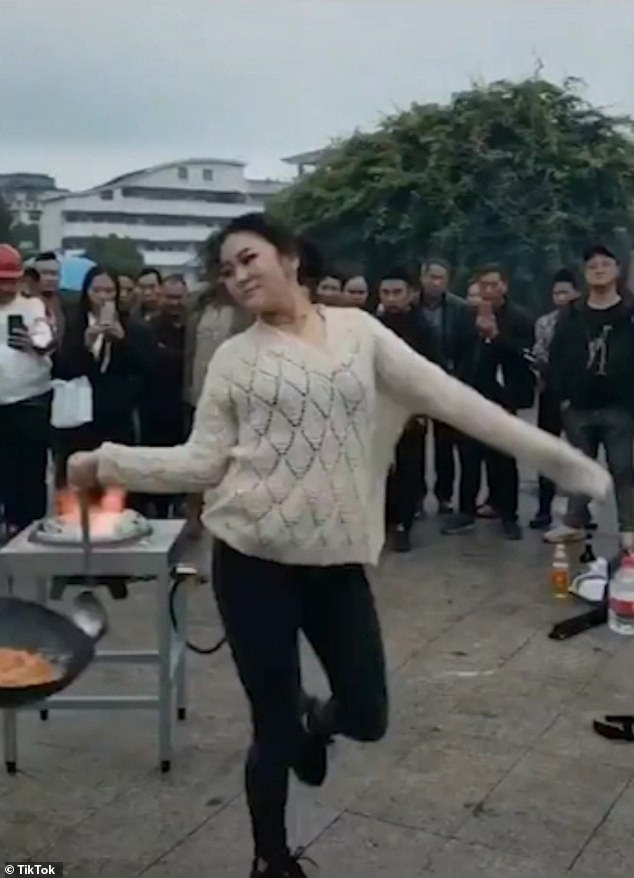 The bizarre cookery dance provoked amazement with Twitter users and one person commented: ‘I always just wonder what makes someone decide they’re going to start doing stuff like this’

However, some people pointed out the potential danger of the act, writing: I’m sure she’s been doing it for awhile, but that one time she missteps and…hot noodles on everyone!’

The dancing woman has a TikTok account where she posts videos of her cooking and dancing online under the username keeley86.

In most of her videos she enthusiastically cooks and dances, and has almost 70,000 followers.