A Texas woman is recovering at an intensive care unit from burns all over her body after she says a bottle of hand sanitizer exploded as she was lighting a candle.

Speaking from her hospital bed, Kate Wise, said she had put some sanitizer on her hands on Sunday before attempting to light a candle at her home in the Austin suburb of Round Rock.

According to the description of a GoFundMe campaign started by Wise’s best friend, the woman accidentally burned her hand and jumped back. In doing so, she touched the bottle of disinfectant, which made contact with the fire and exploded like a ‘bomb.’ 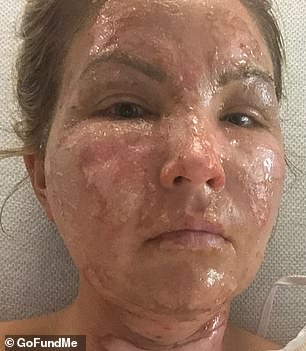 Katie Wise, a single mom-of-three from Texas (pictured left with her daughter), on Sunday suffered horrific burns to her face and body (pictured right in the ICU) when a bottle of hand sanitizer came into contact with fire and blew up 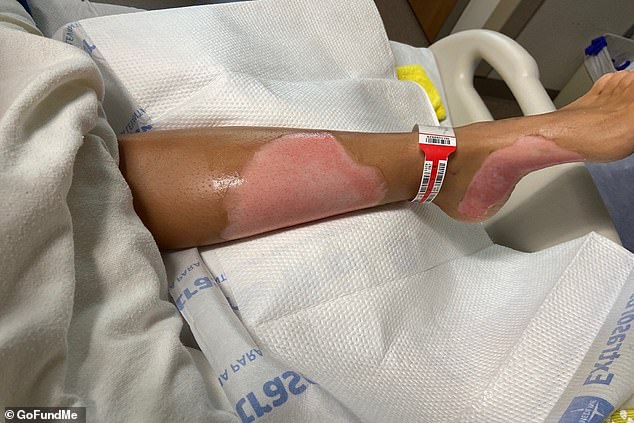 She sustained second- and third-degree burns to 18 per cent of her body, including her legs and feet (pictured) 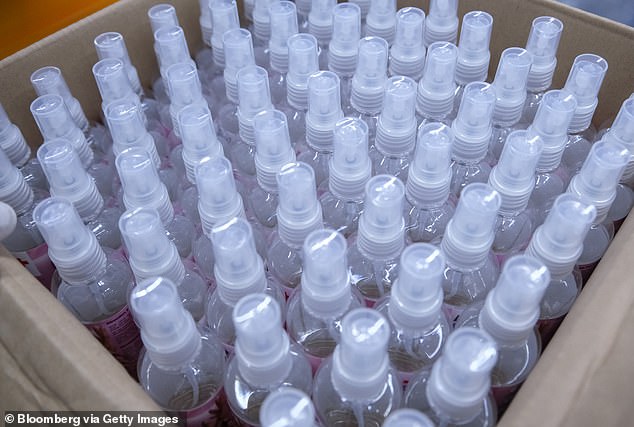 Wise suffered second- and third-degree burns to much of her body, including her entire face, her hands, and even her legs and feet.

‘This is a pain that I can’t even explain it. It’s literally your whole body, like your whole being, your nerves, muscles, it’s everything. Absolutely everything,’ Wise told CBS Austin.

The single mom-of-three somehow managed to throw the burning clothes off of her body while her two youngest daughters ran to the neighbors for help. 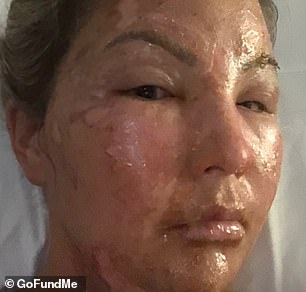 Wise, who is a single mother, will require extensive reconstructive surgery to repair the damage

Despite her severe injuries, Wise was able to carry her 14-year-old daughter, who is disabled, and the family’s dogs out of the house.

‘It’s something that you never want your kids to see,’ Wise said.

According to the online fundraiser launched by Kathryn Bonesteel, her friend has lost most of her furniture to smoke damage and other possessions to the fire.

‘She’s lost her home, her kids are traumatized and she needs major reconstructive surgery,’ Bonesteel wrote, appealing to the public for donations to help Wise pay for her medical care, child care for her girls and living expenses.

After being released from the hospital, Wise will need to find a new home for her family. 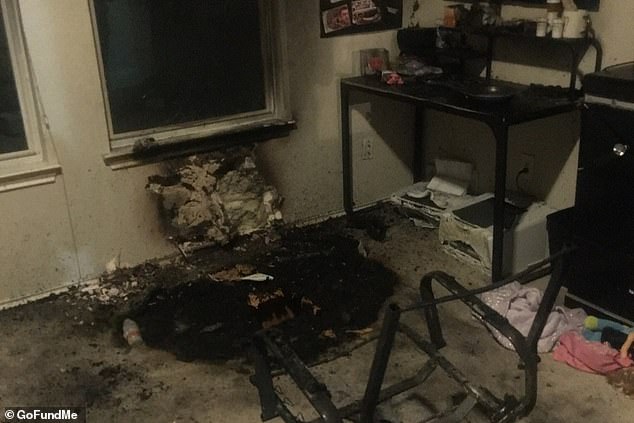 Wise’s home in Round Rock, Texas, was damage in the fire (pictured) 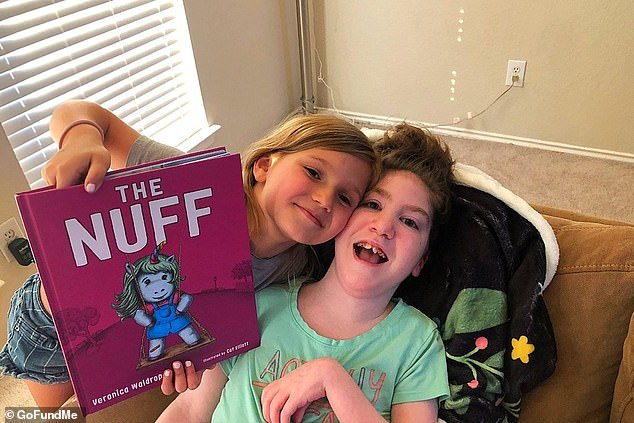 Despite her injuries, Wise was able to carry her disabled daughter (right) out of the house

Bonesteel blamed the accident on the sanitizer, noting that her friend had purchased the off-brand alcohol-based product from a store she trusted.

‘COVID-19 has brought many unsafe products to our shelves,’ she wrote. ‘Many of which have not been properly tested and are not safe. Be careful of what you put on your body. Make sure what you are using is FDA approved.’

Wise is now trying to raise awareness to about what happened to her in order to prevent others from getting hurt.