A woman has sued Princess Cruise ships claiming she was given HIV by an on-board art auction employee who she says raped her in a closet on one of the ships while she was drunk.

The woman filed her lawsuit anonymously yesterday over the incident which she says happened in January 2022.

According to the complaint, the employee – named Aleksandr – worked not for Princess Cruises but for the art gallery company Park West. Park West lays on art auctions onboard Princess Cruise ships.

The woman, who was 27 at the time, says she’d been drinking all day when Aleksandr noticed her and lured her into the auction.

A Princess Cruises ship docked in Australia in 2020. A woman is suing the cruise ship company now, alleging that she was raped onboard in January 2022

She says he asked her name and room number, which she gave. She returned to her room and received a phone call from him, inviting her back to the gallery.

Once she returned, she said he plied her with more alcohol then led her up a flight of stairs, where she says he then pushed her into a closet and raped her.

The suit describes how she was too intoxicated to physically push him off, but that she repeatedly told him she didn’t want to have sex.

After the incident, she began experiencing ‘abnormal symptoms’ so visited a doctor, where she then tested positive for HIV. 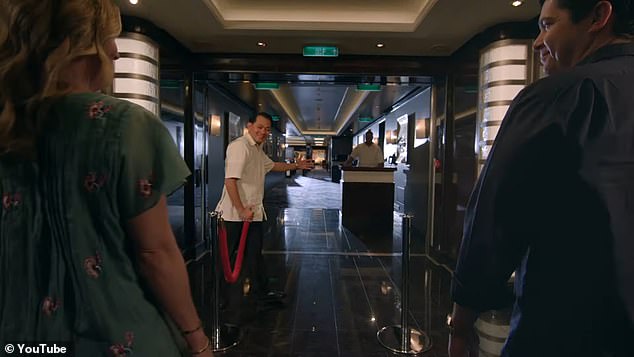 Park West Gallery is the art auctioneer company that lays on auctions onboard the ships. The woman says her attacker worked for them, and that he targeted her after she’d been drinking all day. Above, the type of auction that is expected onboard the ships 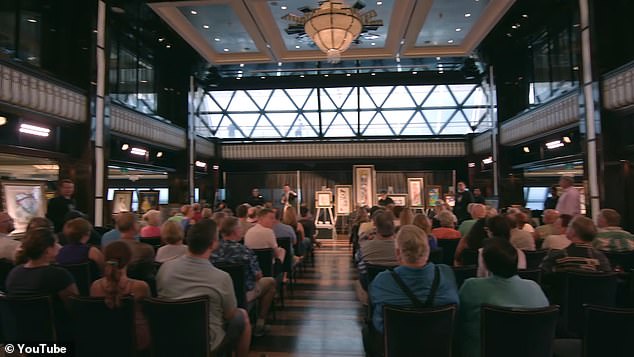 ‘She was 27 at the time of the cruise, she had basically just finished school. She’s in the medical field, and she was really just getting her life started.

‘For her to have this horrific incident in and of itself was terrible, but then to have the added element of the HIV—it’s any person’s worst nightmare,’ her attorney Michael Winkleman told The Daily Beast, which obtained a copy of the suit.

The woman is suing Princess Cruises and Park West Gallery, the company that operates the gallery.

Winkleman told the Beast he was seeking ‘maximum compensation’ from the two companies.