Lusting after a new sofa but can’t face the three-month wait? You could always make like one creative DIYer and craft your own corner couch from plywood, memory foam and a piece of luxuriant velour fabric.

Iva Harrison, thought to be from South East London, posted on the DIY on a budget UK Facebook group, sharing her impressive handiwork, which took just two-and-a-half weeks to make.

Using plywood and pineboard for the carpentry, Harrison said she decided to make the couch multi-functional because she wanted extra storage and a sofa bed option. 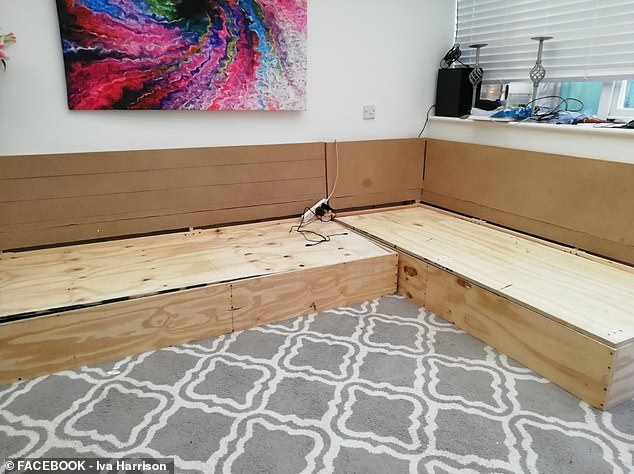 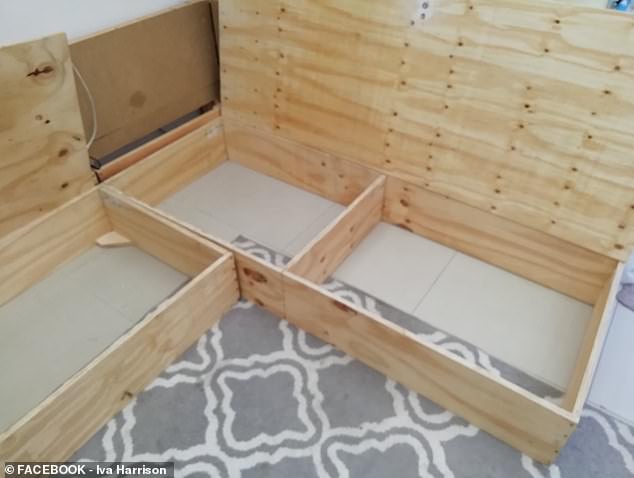 She told the group that she’d managed to craft the expensive-looking sofa after watching YouTube videos on how to do it.

The DIYer explained: ‘I wanted a sofa with storage because we have very little storage in our house also, we need somewhere for people to sleep when they stay over.’

The sofa seat measures 76cm deep and 190cm and 180cm long, with a memory foam topping on the seat for comfort. The crushed blue velvet sofa was finished with silver upholstery pins to give it the look of a Chesterfield couch.

Some 1,600 people have commented since Harrison posted photos of her project on January 4th, with 9,700 liking the build. 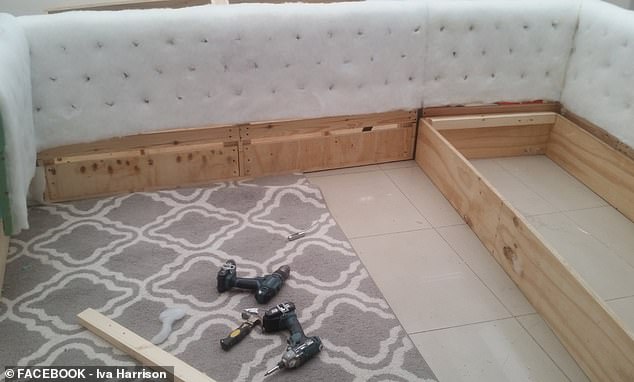 Memory foam provided a soft cushion on the back pieces of the sofa, says Harrison 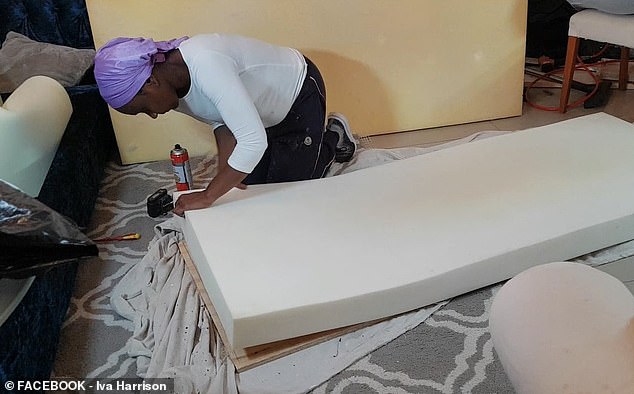 Impressed: members of the same DIY group shared their appreciation for Harrison’s handiwork 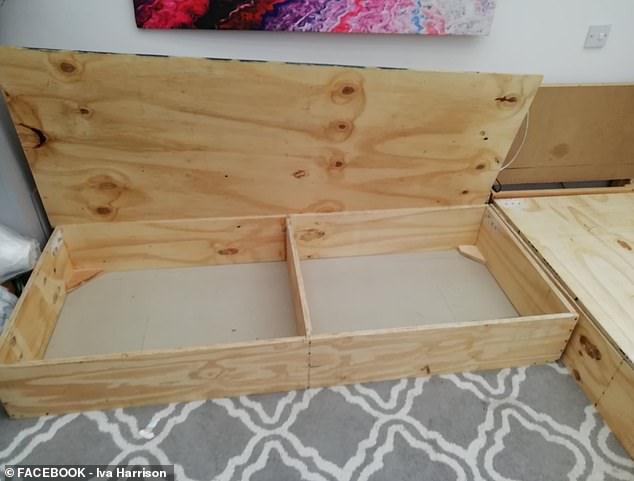 Danielle May wrote: ‘Amazing! Think you should start your own business, serious talent right there!’

Scott McGregor added: ‘Amazing what you can do with a bit of imagination, love this.’

Another questioned whether the plywood base might be rather hard for those perching on it.

Myler Reuben penned: ‘It doesn’t look hugely comfy, however I’m sure the OP could say otherwise. I really love the upholstery skills though. Fantastic effort.’ Getting there: the upholstery pins added the familiar Chesterfield look to the blue fabric 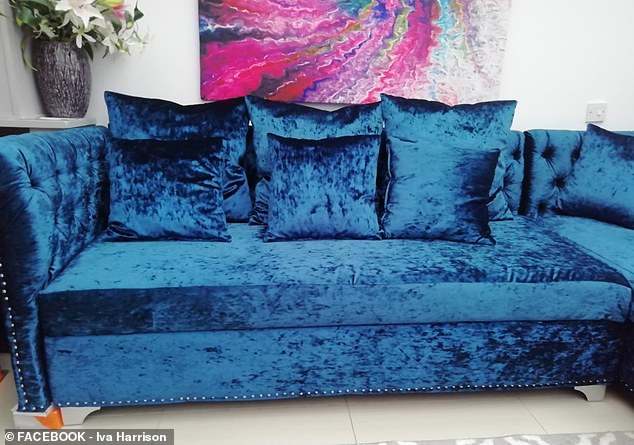