An influencer has revealed a Chinese TV show used a photo of her and her boyfriend, editing out her face and replacing it with the actress’.

Dutch influencer Rianne Meijer took to TikTok, where she has 101,000 followers, to share her shock at learning a photo of her with fiance Roy featured in the Chinese TV drama Summer Again.

Not only was the 2019 photo used, but Rianne was left in stitches as she explained the crew photoshopped one of the actresses’ face on her body.

In an update to her followers, Rianne, who lives in Amsterdam with Roy and their two dogs, said the show’s team had apoligised to her and it was ‘all good’.

Dutch influencer Rianne Meijer, pictured, revealed she was shocked to find a picture of her boyfriend and her had been photoshopped and included in a Chinese TV drama called Summer again 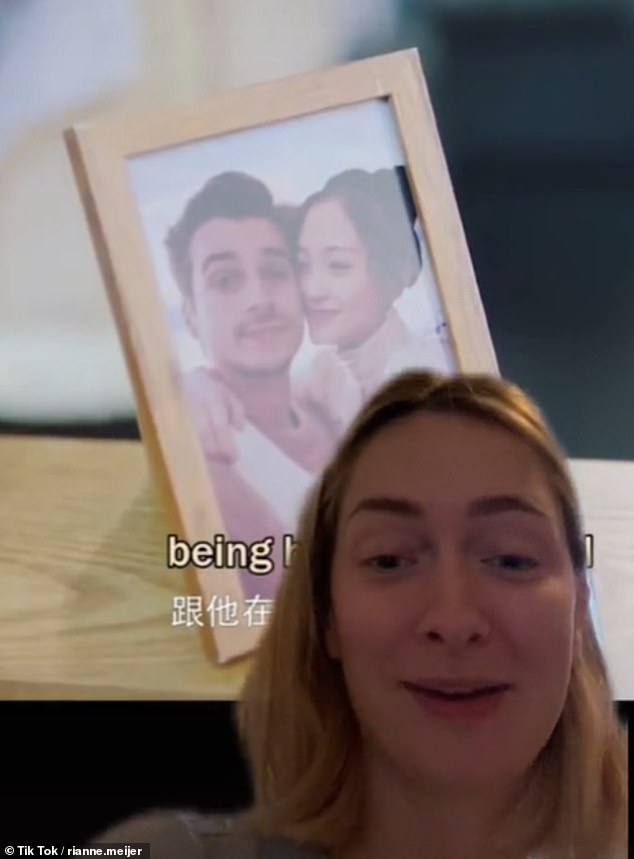 The doctored snap, pictured, left Rianne’s speechless. Her face was replaced for the face of the actress

Barely containing her laughter as she explained what had happened, Rianne told her followers ‘this is a picture of my boyfriend and me I took a while ago’.

The snap shows the couple embracing during a holiday and looking directly at the camera.

Rianne then cut to a clip from Summer Again, where two women are speaking in Mandarin.

As one of the characters talks about seeing herself being ‘joyful,’ the camera pans to a frame with the photo of Rianne and Roy, only the influencer was edited out of her own picture and her face was replaced with the Chinese’s actress’s face. 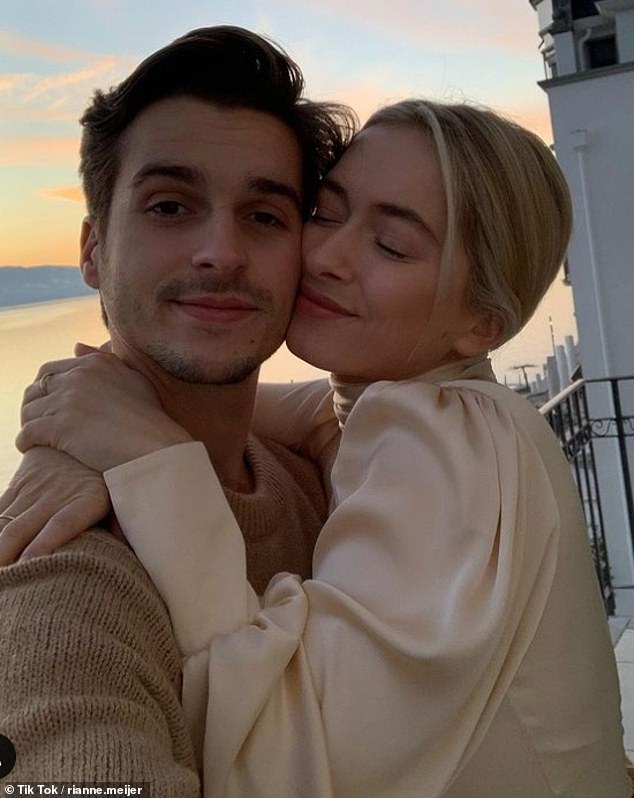 The original snap, pictured, was taken by the couple during a holiday in June 2019 and shows Roy, left and Rianne embracing 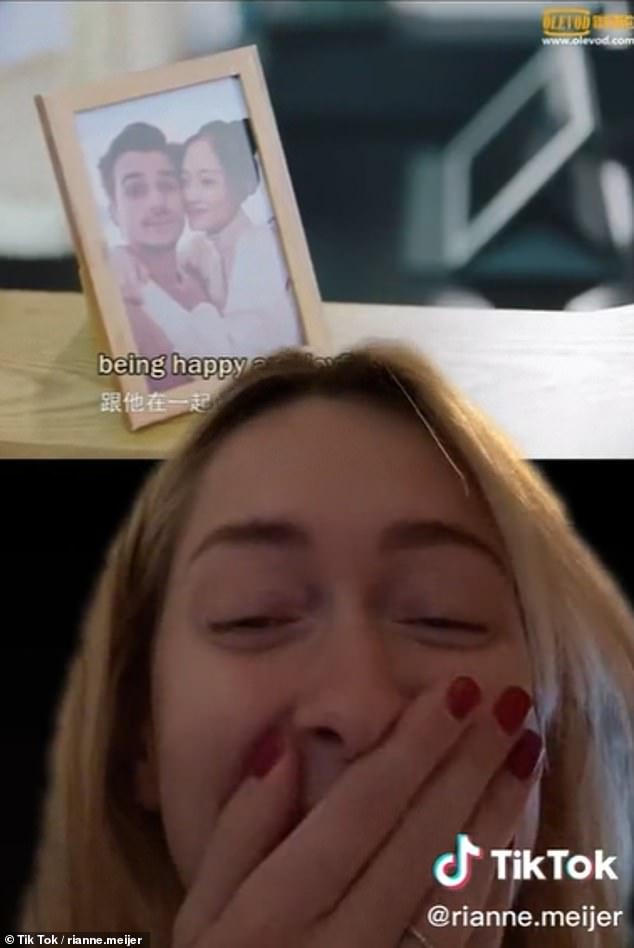 Rianne was reduced to stitches by the incident. She later revelaed the show had apologised to her 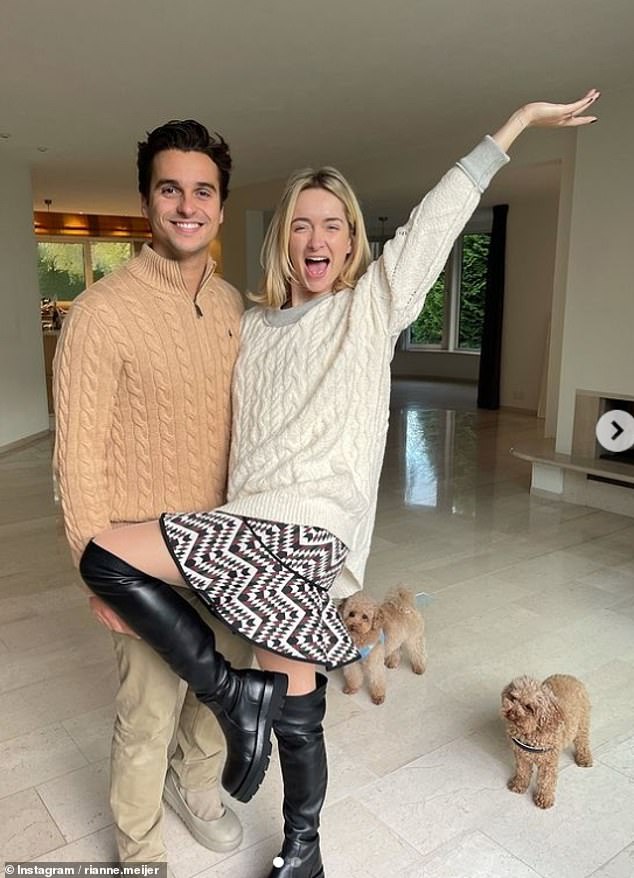 The couple live together with their two dogs and got engaged a year ago. They are now working on a house renovation

Bursting into laughter, a dumbfounded Rianne was left speechless at the discovery.

‘Who is that? What is this,’ she said, in between fits of laughter.

‘I mean, they look good together, I don’t know, this is fine,’ she added, still laughing.

In an update, Rianne revealed she received an apology from the show after she flagged the picture to them.

‘Update: the crew of the show send an apology this morning and honestly; ALL GOOD! They are so sweet and this gave us a good laugh,’ she wrote in a comment.

Rianne was not the only one seeing the funny side of the story, and her video was liked 927,000 times.

Her followers were quick to commentm dubbing it the ‘funniest thing ever..’ 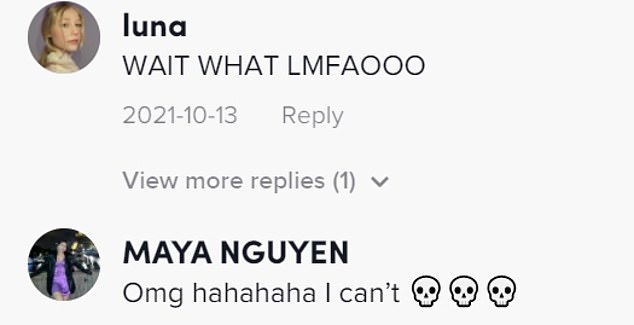 Rianne’s 101,000 followers found the incident hilarious after she shared her story in a video on TikTok