TikTokker is praised for her frank anatomy lesson on ‘innie and outie’ labias, with women saying it’s helped them feel less insecure about how their own vaginas look

A TikTokker has gone viral across social media after offering her followers a candid anatomy lesson on the aesthetics of the vagina.

Gabriella Scaringe, 23, who lives in New York, explained how female genitalia can vary in shape and size, after her TikTok followers asked why she had identified as having an ‘outie’ in a previous video.

The tutorial, a detailed explanation of the labia, has so far clocked up over a million views with many women saying they were insecure about their bodies as teens.

Gabriella Scaringe, 23, (pictured) who lives in New York,  has gone viral on TikTok after posting a video explaining the differences in labia

Gabriella provided an in-depth guide, saying: ‘In my last video I explained that I have an outie and a lot of you guys commented saying that you didn’t know what that was. So, are you ready for your anatomy lesson today?

She continued: ‘It’s hard to separate the cutter in to only two categories, but we will be categorizing them as innies and outies today.

‘Think of innies, when you think of Barbie, think of it looking like a seashell, maybe it’s a little bit puffy. It’s cute.

‘I personally identify with having an outie, which means my inner parts protrude a little more than my outward parts. 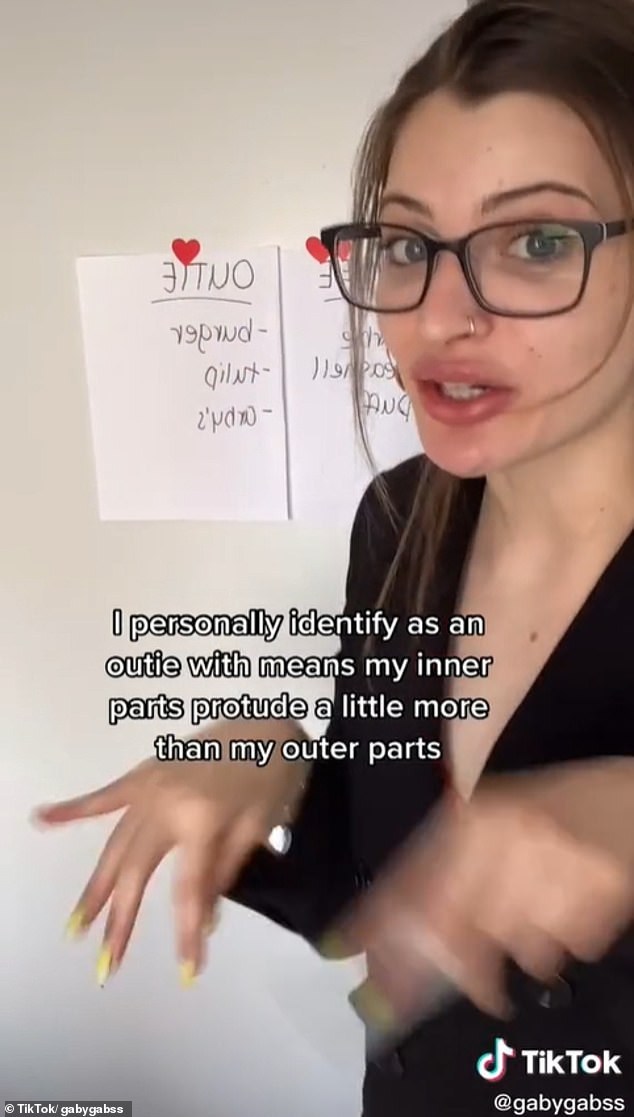 ‘Outies have such a bad rep because they’re called “the Arby’s sandwich” or “the burger”. Every panini is beautiful and I’ve only ever gotten compliments on my little Arby’s roast beef.’

Gabriella told BuzzFeed that she was inspired to give the explanation after reading the comments on a video she posted about the funny ways her vagina has been described by other people.

‘I was sexually abused by a family member growing up, therefore I’ve been very aware of my vagina and all its unique properties from a young age. With that came a lot of shame and a feeling of abnormality,’ she said.

Gabriella revealed many young girls have reached out to her since she began speaking candidly about her body because no one talks about anatomy growing up.

She added that she hopes to be a ‘big sister’ and help her viewers to develop their confidence. 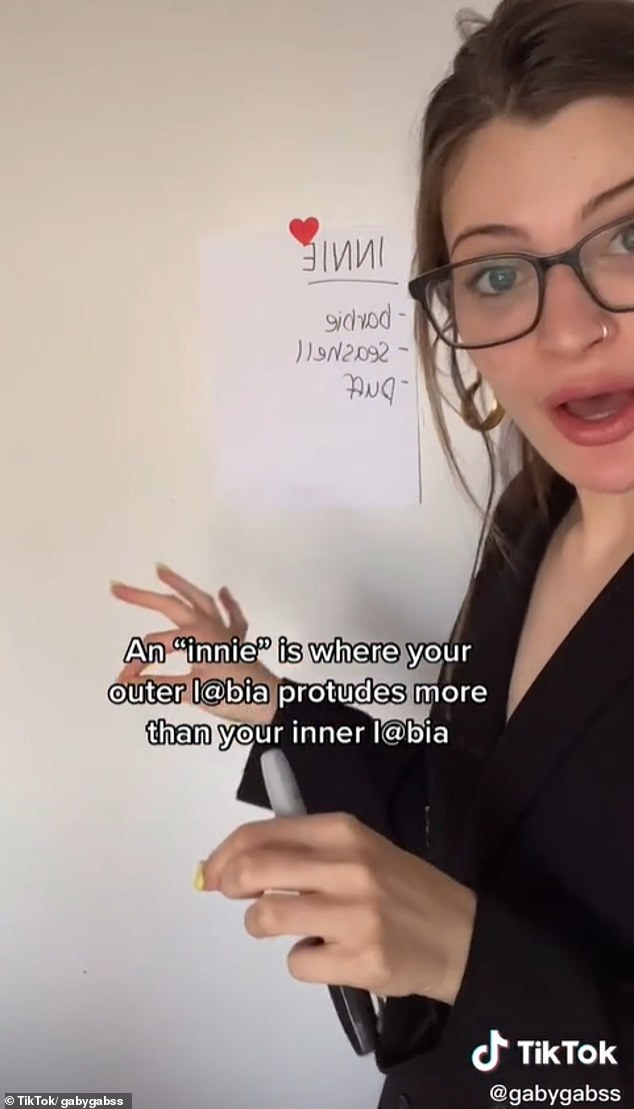 One person wrote: ‘I literally cried my eyes and wanted to get surgery when I was a teenager cause of the hate for outies. We really gotta tell teens more that it’s ok’

‘I used to try to tuck mine in a lil bit until I got older and embraced my outie. Ladies our bodies are beautiful,’ another said.

A third added: ‘The best way I think of it as innies are cute little seashells and outties are pretty blooming flowers.’

Another commented: ‘I have an ‘outtie’, they are actually way more common than ‘innies, even though unfortunately p*** usually only shows innies. Both are amazing.’