A woman has plunged nearly 100 metres to her death after climbing over the railing at a popular lookout to take a photo.

The 38-year-old was at the Grampians National Park in Victoria when she fell about 3pm on Saturday.

State Emergency Service crews and Victoria Police are conducting an operation to retrieve the woman’s body.

It is understood the tragedy happened in front of the woman’s family who were consoling each other at the scene.

The woman had reportedly climbed the railing at Boroka Lookout near Halls Gap to take a photo when she fell, according to The Herald Sun.

An SES spokesperson said the woman fell ‘at least’ 80 metres. 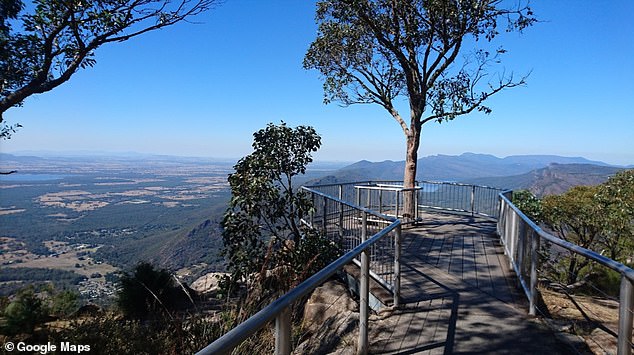 ‘Originally there was a plan in place for us to send a search and rescue team, but then we realised the significance of the incident,’ the spokeswoman said.

A Victoria Police air-wing helicopter and SES experts with high angle rescue equipment are on site.

Police will investigate the fall and a report will be prepared for the coroner.