Woman passing a council flowerbed notices ‘decorative plant’ which turns out to be the world’s deadliest shrub and contains 6,000 times more poison than cyanide when its seeds

By Jonathan Kanengoni For Mailonline

A woman in North Wales was left shocked after spotting the world’s deadliest plant, which contains a substance 6,000 times more poisonous than cyanide, in a council flowerbed.

The flower, called Ricinnus Communis and known as the Castor Oil plant, was named by the Guinness Book of Records as the world’s most poisonous.

Worried the shrubs might be dangerous for children and dogs, the woman’s husband contacted North Wales Live suggesting they be removed, or warning signs installed.

The plant, called Ricinnus Communis and known as the Castor Oil plant, was named by the Guinness Book of Records as the world’s most poisonous (stock image)

He said: ‘There was one plant that caught her eye, it was quite exotic looking, and so she asked the gardeners what it was,’

‘They told her it was something called ricinnus and she checked on a plant identification app on her phone.

‘She sent the name to me – Ricinnus Communis. I didn’t like the sound of ricinnus and so I googled to see if it was anything to do with ricin, which I knew was a poison.

‘It’s a nice-looking plant but I’m not sure it’s the most sensible choice for a public park.’ 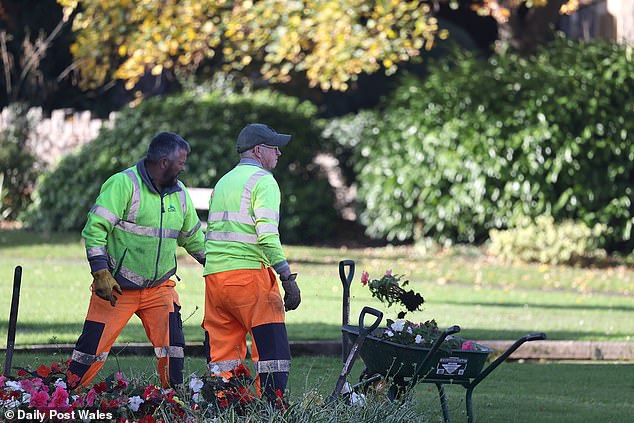 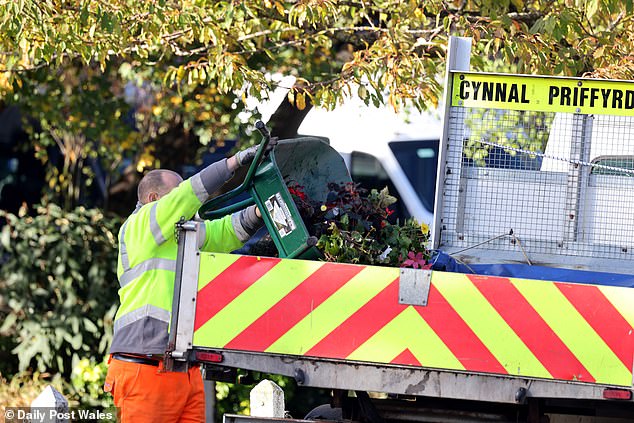 All parts of the castor oil plant are highly toxic to dogs and people, and even the tiniest amount can kill without medical intervention.

The plant should always be handled with gloves, but it is the seeds and seed heads that pose the biggest danger if eaten.

They contain higher concentrations of ricin, a banned substance that’s considered a chemical and biological weapon. Just one ounce of the seeds can be fatal.

In practice, castor oil fatalities have become vanishingly rare since the advent of modern medicine.

Poisonings are highest in countries where the plant’s seeds are harvested for medical and industrial purposes, but victims almost always recover after hospital treatment. 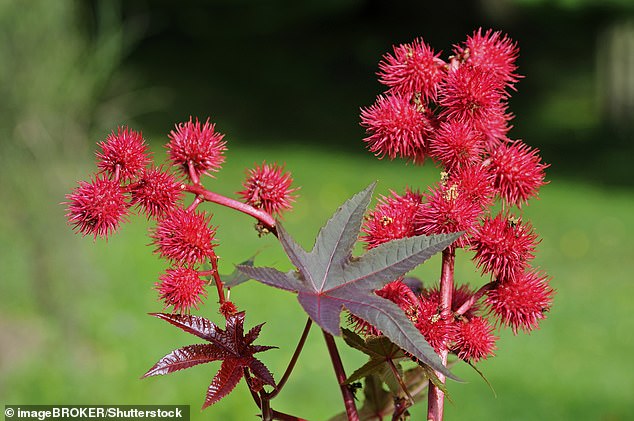 Castor oil fatalities have become vanishingly rare since the advent of modern medicine. Stock image of a Ricinnus Communis plant

Local authorities, such as Bradford, have been known to use them in municipal flowerbeds.

Conwy Council said it would be taking its usual precautions with the latest batch of Ricinus planted in Colwyn Bay and elsewhere.

‘As with many decorative plants, the seeds and seed heads are toxic if ingested, and we look to remove the plants before the seed heads set.’

According to the Royal Horticultural Society, other ornamentals and flowers, such as yews, bluebells and delphinium can also be toxic if eaten – even daffodils.