Not taking any chances! Woman in glasses AND safety goggles delivers flowers from the Pakistani High Commission to No 10 to welcome Boris Johnson and Carrie Symonds’ baby son

A woman from the High Commission for Pakistan was taking no chances today as she delivered flowers to 10 Downing Street wearing glasses and safety goggles.

The diplomatic official got out of the Mercedes car clutching the huge bouquet and a large envelope to ‘Hon Mr Prime Minister & Ms Symonds, 10 Downing Street’.

She then walked over to the door to 10 Downing Street, pressed the bell and handed over the gift to an official who stood apart from her inside the doorway.

The flowers were delivered as Prime Minister Boris Johnson and his fiancée Carrie Symonds were congratulated by political figures on the birth of their son.

A woman delivers flowers to Boris Johnson and Carrie Symonds at 10 Downing Street in London, following the birth of their baby 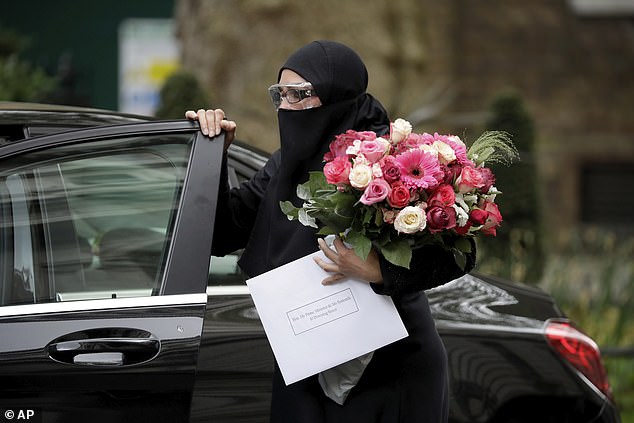 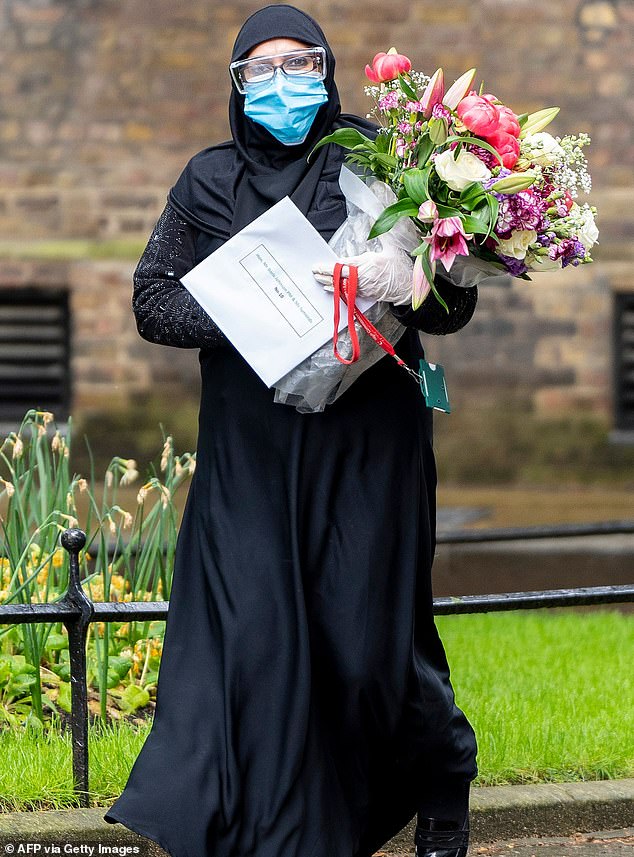 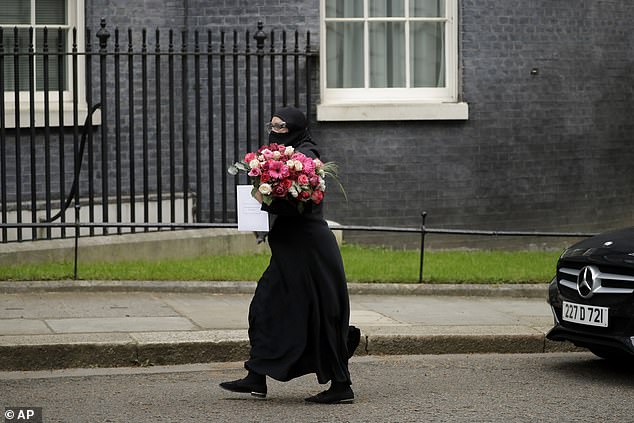 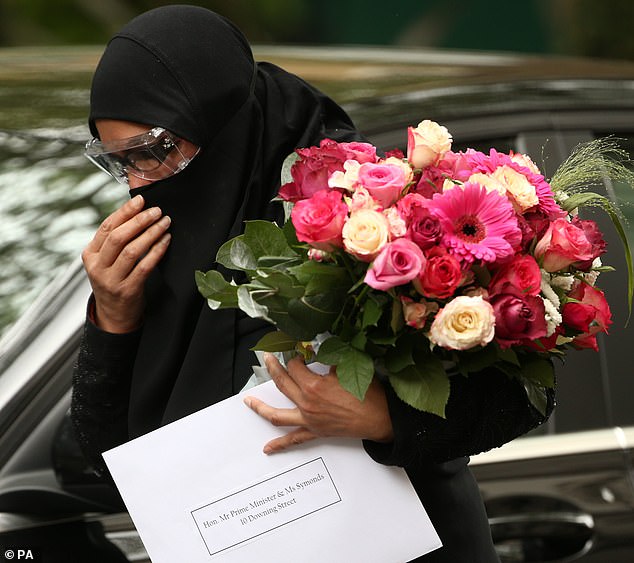 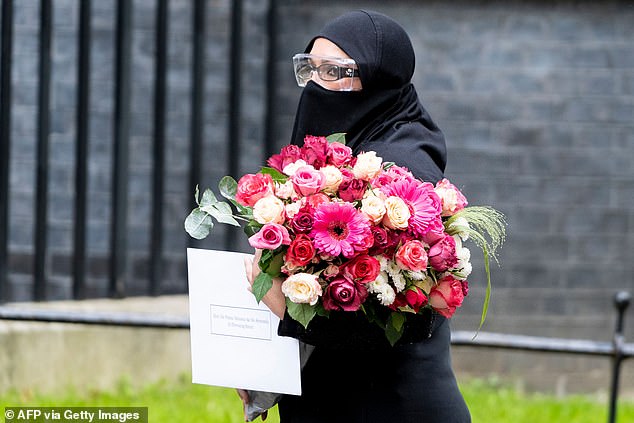 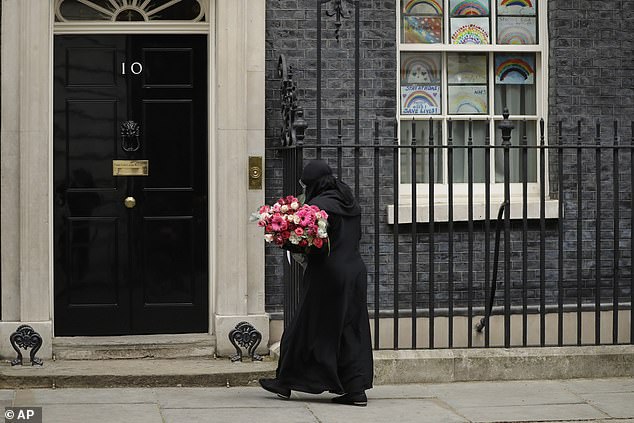 Ms Symonds, 32, gave birth to a boy at an NHS hospital in London early yesterday morning and both mother and baby are said to be ‘doing very well’.

The flowers were among a series of deliveries to Downing Street today, along with other bouquets and a huge Fortnum and Mason luxury hamper.

Mr Johnson returned to work in Number 10 following the birth yesterday, but missed Prime Minister’s Questions in the House of Commons int he afternoon.

Downing Street said the Prime Minister, who is currently grappling with the coronavirus crisis, would take a ‘short period’ of paternity leave later in the year. 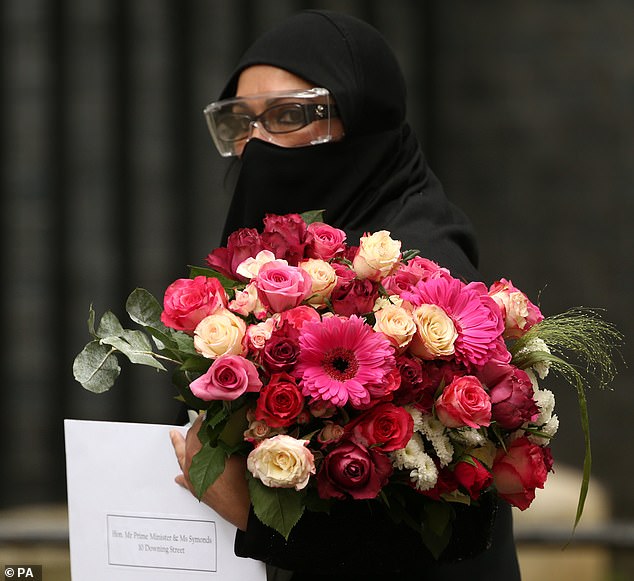 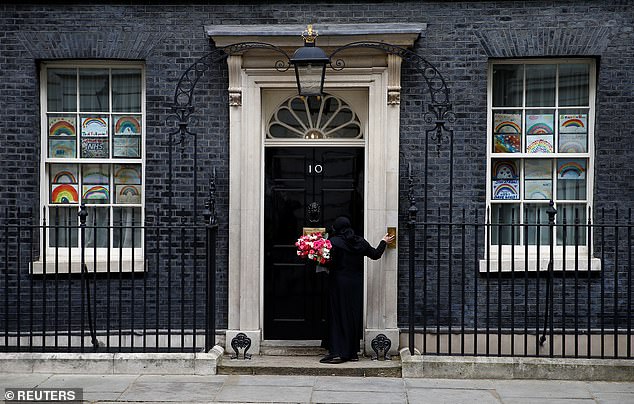 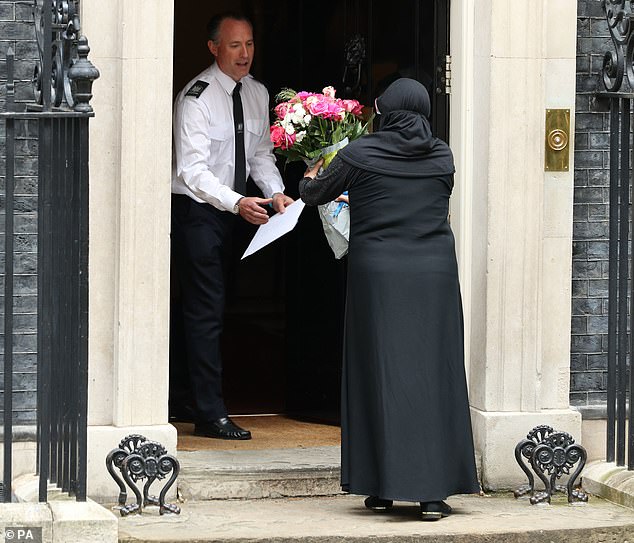 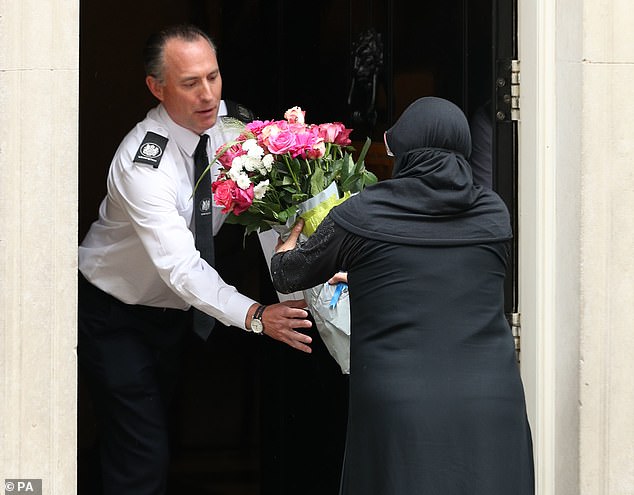 The new family plan to live in their Downing Street flat along with their dog Dilyn. Mr Johnson was present throughout the birth of the baby, whose name is not known.

The news comes just weeks after the PM was discharged from intensive care where he had been battling the virus. Miss Symonds also suffered symptoms of the disease.

She returned to Downing Street after joining Mr Johnson as he convalesced at his country residence of Chequers in Buckinghamshire.

The couple announced in February that they were expecting a baby in ‘early summer’ and that they had become engaged at the end of last year. 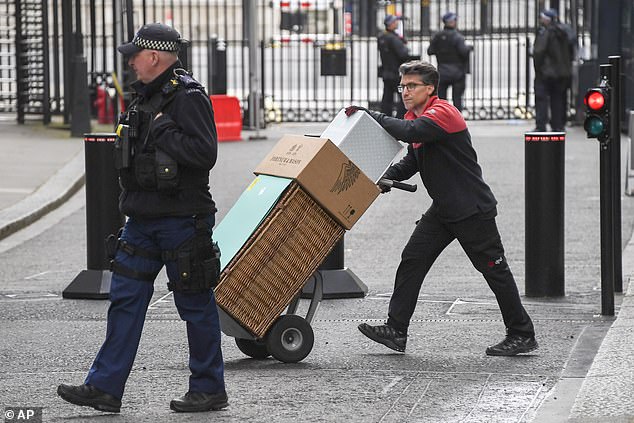 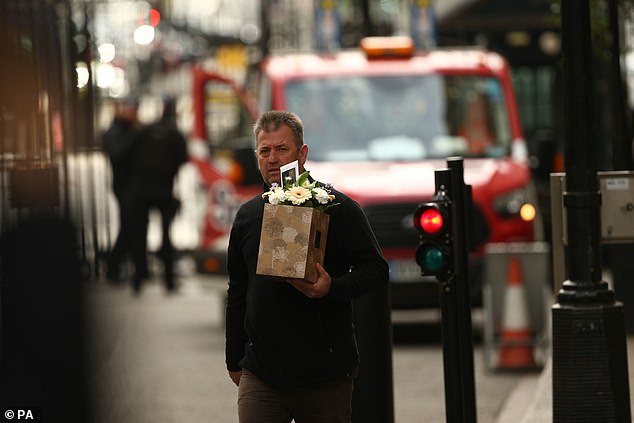 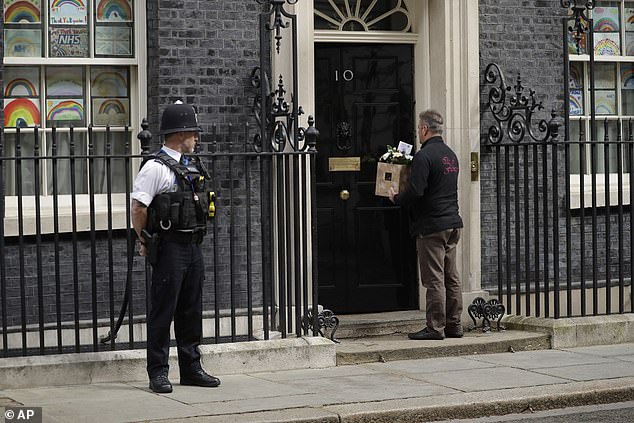 The Prime Minister’s father, Stanley Johnson, said he was ‘absolutely delighted’ and ‘thrilled’ by the birth of his grandson.

The Queen has sent a private message of good wishes to congratulate the couple on the birth of their son, Buckingham Palace said.

Chancellor Rishi Sunak said it was ‘great to hear Downing Street is getting a new resident’, while former PM David Cameron sent his ‘heartfelt congratulations’.