A DIY enthusiast has revealed how she was able to modernise the appearance of her kitchen without hiring a professional renovator.

Annette Vasey, from the UK, explained how she had moved into the house in October but felt it needed renovations ‘from top-to-bottom’.

During lockdown she decided to overhaul the kitchen, buying budget products including £5 car spray paint for her dated worktops, before spending around 40 hours overhauling the kitchen.

After Annette shared a series of before and after photographs on the DIY on a Budget UK Facebook group, users praised the ‘amazing’ project.

Annette Vasey, who lives in the UK, wowed social media users when she revealed how she transformed her kitchen from dark and dated into a chic and modern space for less than £100 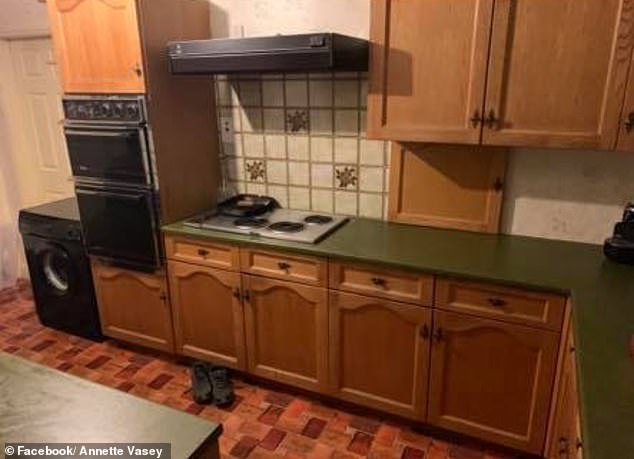 The DIY enthusiast explained that she moved into a new house in October and felt the entire property needed updating. Pictured: The kitchen before

Speaking to FEMAIL, Annette said: ‘We moved into this house in October and it needs updating from top to bottom, and rewiring.

‘So I decided to try and update the kitchen as cheaply as possible.’

She then took to the cupboards using ‘Rustoleum graphite cupboard paint from Homebase £14, Clear satin varnish from boyes £4 and handles from Amazon.’ 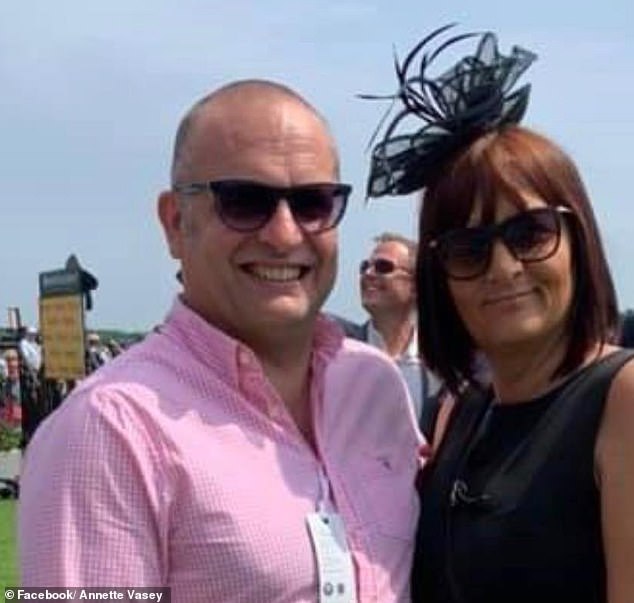 For the worktops she used £5 black car spray paint from Boyes and clear fablon from Wilkinson’s which cost just £10.

Meanwhile her sister uncovered a £5 sink for sale on Facebook’s Marketplace, which Annette updated with £20 taps from Screwfix.

The DIY enthusiast also revealed how she removed the old lino on her floor, sanded the floorboards and painted them with factory floor paint.

Annette added: ‘Any advice, take your time, and don’t try to do it all in a day. It takes time, but the results are worth it in the end.’ 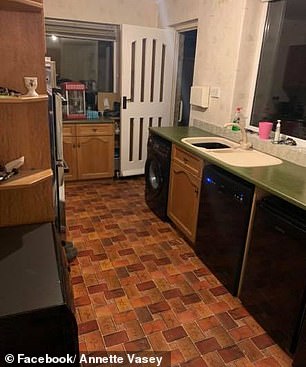 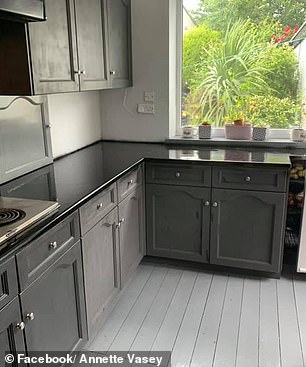 Many responses to the transformation were impressed and gushed that it made them do a ‘double take’.

One person wrote: ‘So much better, well done. It can’t of been easy.’