Disturbing doorbell camera footage captured the moment three female friends were brutally beaten in an unprovoked attack by a man cops say is a woman-hating ex-con who went on to target three other victims over the ensuing 24 hours.

The clip was shot in Philadelphia on Wednesday night, and shows a man cops think is Malcolm White, 36, punch one woman to the ground while walking past them, and then attack one of the first victim’s female friends as she rushed to help.

The first victim screamed ‘F**k you’ at her attacker while laying injured on the ground.

A third woman was seen grabbing a trash can and running into the road in a bid to protect herself from the attack by a man cops say neither she nor her friends had met before.

The man cops say is White fled the scene afterwards.

Police are investigating if White was the man videotaped attacking three women on Wednesday night, punching all three of them in the face in a horrific assault 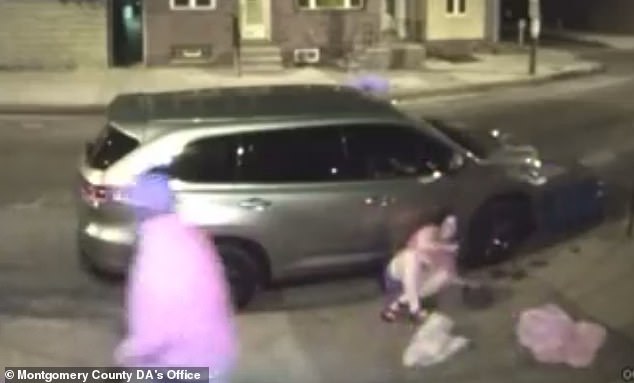 Despite their efforts, all three women were beaten brutally before the man ran off

He is suspected of attacking another woman 20 minutes later that evening, as well as of carrying out two separate assaults against female victims the following day, one of which included a sex attack.

There’s no suggestion any of the victims knew the attacker cops believe is White, and all four attacks carried out in Philly are believed to have been totally random.

The second attack to take place on Wednesday evening – which happened 20 minutes after the three women were filmed being beaten – saw a woman in her 30s knocked unconscious while sat on the porch of her home.

The first attack to take place on Thursday saw a female office worker who is in her 20s followed into the vestibule of the building where she works, before being beaten and sexually assaulted.

White is said to have begun stalking her after she got off a bus, and allegedly stole her phone.

Later on Thursday, White is accused of carjacking a woman by tearing her from her car by her hair.

She called 911, and cops later arrested White in a nearby wooded area. They’re said to have recovered the phone stolen from the woman attacked and molested in her office vestibule during that arrest. 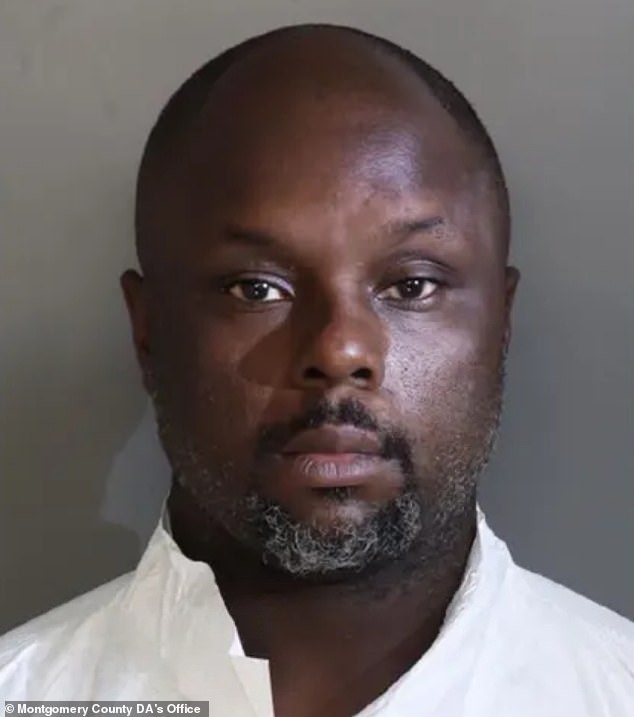 Malcom White, 36, of Brooklyn, (pictured) was arrested on Thursday after a brutal carjacking. Police believe he is behind a series of attacks on women in Philadelphia

Law enforcement sources told Fox that White was released from prison in January and has a history of assaulting women prison guards in New York.

White had been released from Clinton County Jail after serving a 12-year sentence on drug and assault charges.

In 2010, he was being held at the prison without bail for allegedly trafficking heroin and crack cocaine between New York City and North Country, Pennsylvania, the Press Republican reported.

While in jail, White was accused of attacking a women prison guard, biting her while she was transporting him from his cell. He was then charged for assaulting four other officers in the prison.

Despite the violent assaults, White was only given a 12-year sentence as part of a plea deal. 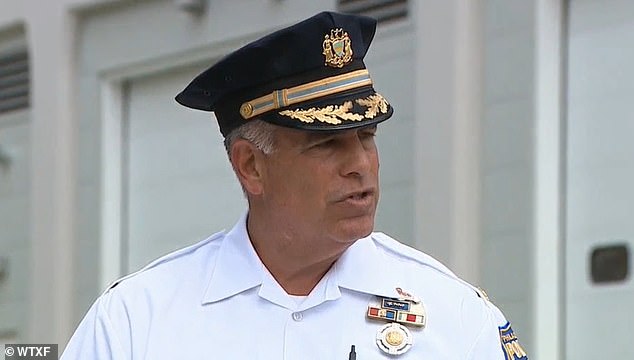 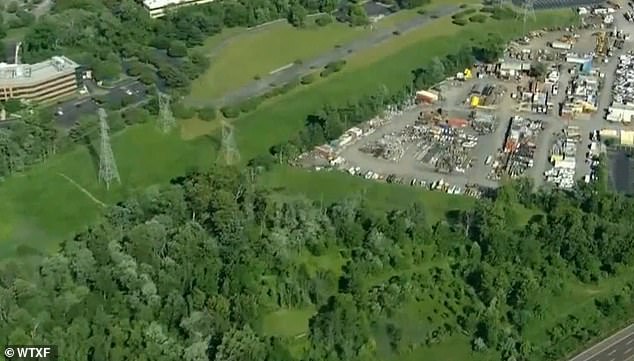 Police eventually tracked White down to a wooded area near the car jacking incident. They said he was recently released from jail after a 12-year sentence for drug trafficking and for assaulting guards at a prison 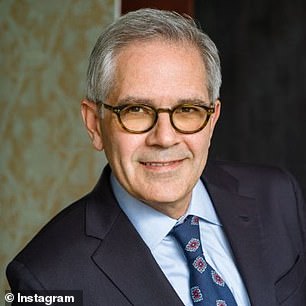 The string of attacks against women have left the City of Brotherly Love on edge as it comes as crime continues to rise while District Attorney Larry Krasner faces calls to resign for his ‘soft-on-crime’ policies.

Overall crime in Philadelphia is currently up more than 7 percent compared to the same time last year.

And after the city faced a mass shooting last week, which killed three and injured 11, Pennsylvania House Republicans initiated the process to impeach Krasner.

‘Across the country, people are standing up to unchecked and uncontrolled violence and lawlessness allowed because of radical politicians in district attorneys’ offices, like Larry Krasner,’ State Rep. Torren Ecker said of the George Soros-backed DA.

‘Just last week, city businesses said they are thinking of relocating because of spikes in crime. Philadelphia is Pennsylvania’s major economic engine, a tourist attraction, and the birthplace of our freedoms.

‘If unchecked crime is keeping businesses and tourists from visiting and locating in Philadelphia, it impacts Pennsylvania as a whole.’

Woke LA DA George Gascon is also on the verge of facing his own recall election over similar issues in the crime-plagued City of Angels.