An expectant mother who had to terminate her baby for medical reasons has criticised coronavirus restrictions that meant she had to go through the ‘heartbreaking’ ordeal alone.

Emma Kemsley and her husband James were over the moon after conceiving following six gruelling rounds of IVF treatment.

But he was not allowed to attend a scan arranged amid concerns about the foetus’s development, even though it was ‘his baby too’.

Mrs Kemsley had to give him the devastating news over the phone that she needed to terminate the pregnancy as he sat in a car park waiting for her.

He was also excluded from the abortion because of rules about limiting the risk of spreading Covid-19.

Emma Kemsley, 33 of Newport in Essex. Jane had to have a medical termination following complications with the pregnancy but husband James was not allowed to attend the hospital with her

NHS England recently issued guidance to hospitals advising them that partners should be allowed to attend maternity units, following a campaign for bans to be lifted.

But restrictions remain in place in most clinical settings for abortions.

Mrs Kemsley, 33, yesterday bravely spoke out about her experience to call for change. Describing the termination at a private clinic, she said: ‘By this time I was 20 weeks pregnant. It was just so scary and I felt so alone.

‘James was desperate to support me but was forced to sit in the car park again. It was his baby too. He deserved to be there.’

The couple, from Saffron Walden, Essex, had spent £55,000 on the six rounds of IVF, using their savings, money from family and an inheritance. Mrs Kemsley – a magazine editor – suffers from endometriosis, which can affect fertility.

The painful disorder occurs when tissue similar to the lining of the womb grows outside the uterus. She fell pregnant earlier this year, but at a scan after 18 weeks a sonographer spotted that the baby’s bladder appeared to be larger than expected and recommended she went back to hospital to have it checked.

An appointment was arranged at Addenbrooke’s Hospital in Cambridge where Mrs Kemsley was told the baby’s bladder was blocked and his lungs, kidneys and heart were not developing properly.

Mrs Kemsley said the sonographer explained her unborn son had little chance of survival and gave her the number for an abortion clinic, saying she needed to arrange it herself. 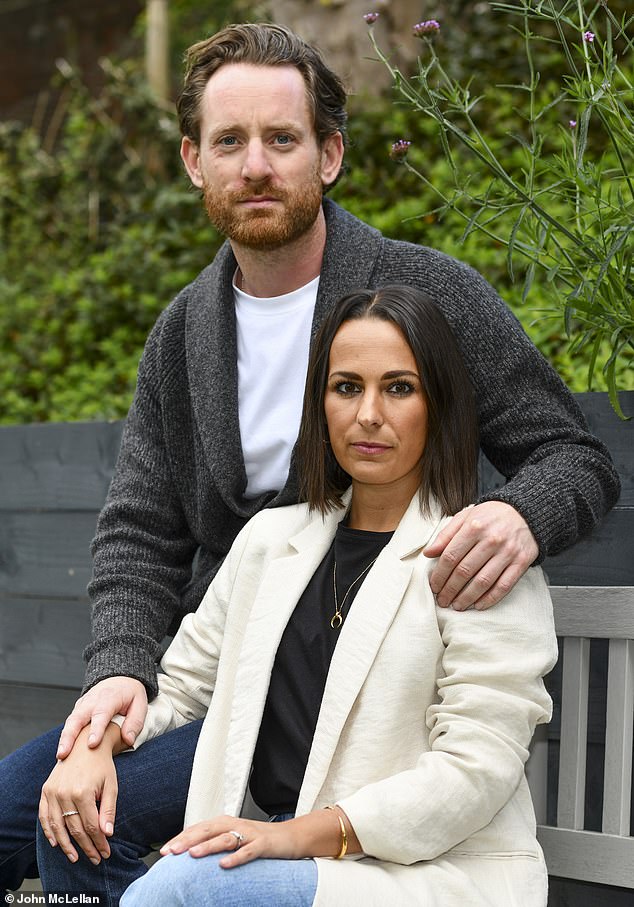 Emma Kemsley, 33 and husband James, 37 of Newport in Essex. Jane had to have a medical termination following complications with the pregnancy but James was not allowed to attend the hospital with her

Mrs Kemsley said: ‘The hospital basically washed their hands of me. They were so clinical in their language and just told me to sort it out myself. I was completely alone and my husband James was in the car park. I had to break the news to him over speakerphone.’

The couple then struggled for two weeks to make an appointment for the abortion because the procedure would be complicated by her endometriosis and because of how far she was into the pregnancy.

After complaining to Addenbrooke’s she was referred to a specialist hospital that agreed to carry out the procedure on May 22 – but again refused to let her husband be present.

The 15-minute termination procedure took place at Homerton University Hospital in east London – as Mr Kemsley drove around trying to find a spot to park. 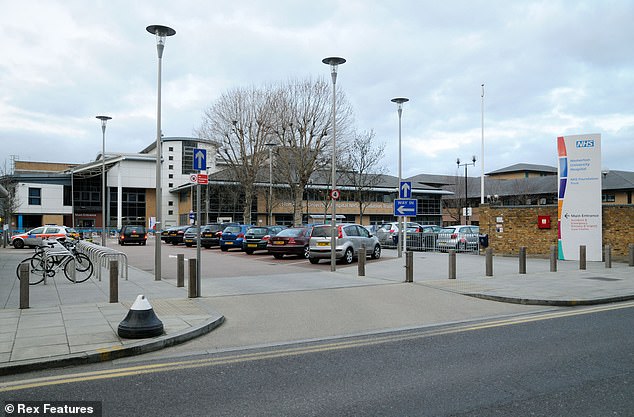 Mr Kemsley, 37, a personal development coach, said: ‘I should have been at my wife’s side, supporting her, through every step of the process.’

The couple are calling for the rules to be changed to allow partners to support each other during the traumatic experience and for more support for fathers who have lost a baby through a medical abortion.

Mrs Kemsley said: ‘Men are not considered at all. They are forgotten and then afterwards people will ask how I am and forget it’s his child too. It’s not a time a mum should be alone, so it was a tough thing to go through.’

Only the surgeon was aware that she was having a termination for medical reasons. She added: ‘I wanted everyone to know what we had been through to have that baby. When I told one of the nurses she sat down and held my hand and cried.’

Amanda Rowley, head of midwifery at Addenbrooke’s, said the hospital was trying to handle the restrictions on partners in ‘as sensitive and compassionate a way as possible’.

She added: ‘We are deeply sorry if the care provided fell below the high standards that we set ourselves.’

A spokesman for the Royal College of Obstetricians and Gynaecologists said: ‘We very much hope trusts and boards are able to be flexible and support women and their partners at this time.’