A woman has died after being swept off rocks at a popular tourist spot north of Sydney.

Emergency services were called to the Pink Caves, a natural landmark at Moonee on the NSW Central Coast at about 12.30pm on Thursday after reports two women had been swept off the rocks.

One of the women was dragged back along the rocks and suffered minor injuries.

A 26-year-old man jumped into the water to rescue the second woman after witnessing the incident but started to struggle, police said. 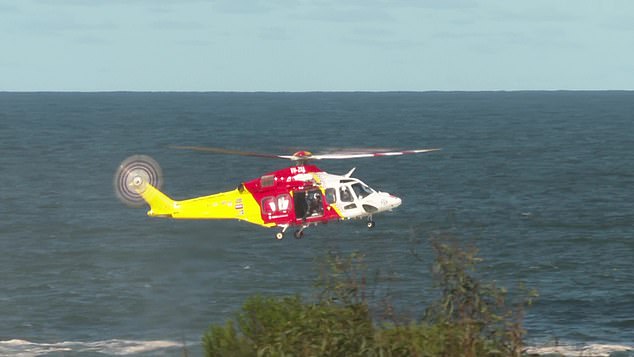 Rescue teams took the women to Moonee Beach on jet skis to treat them further, before one passed away

Surf Life Savers rescued the pair on a jet ski, taking them to shore at nearby Moonee beach.

Officers from the nearby police districts gave the woman CPR at the beach before paramedics arrived and continued to treat her.

She died a short time later, and is yet to be formally identified.

Her friend was driven to Newcastle’s John Hunter Hospital for medical assessment and to receive attention for the bruises and abrasions she sustained during the incident.

A 26-year-old man jumped in the water in an attempt to rescue the woman but himself got into trouble.

He was later treated for minor cuts and abrasions. 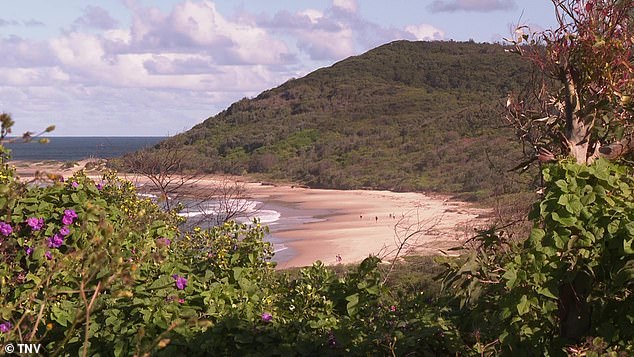 The women were washed off the rocks, south of Catherine Hill Bay at Lake Macquarie on the Central Coast