Rock stars Shed Seven were blasted by a confused shopping customer after she mistook them for the shed company that had failed to show up at her home for weeks.

She mistakenly tweeted the Britpop band’s account saying ‘@shedseven why don’t you answer your phones? I’ve tried without success to contact you for weeks since you failed to instal my shed on 24Nov! #crapcustomerservice’

Seeing the funny side, the music stars, who have had fifteen Top 40 singles and four Top 20 albums, tweeted back: ‘Sorry to hear your shed hasn’t been installed Jo. But we manufacture indie rock anthems and alas can not help you. We’d be bloody useless with a hammer.’

Jo Wisbey, 53, from Whitstable, Kent, (pictured) took to Twitter to complain about a company who she said had not built her shed 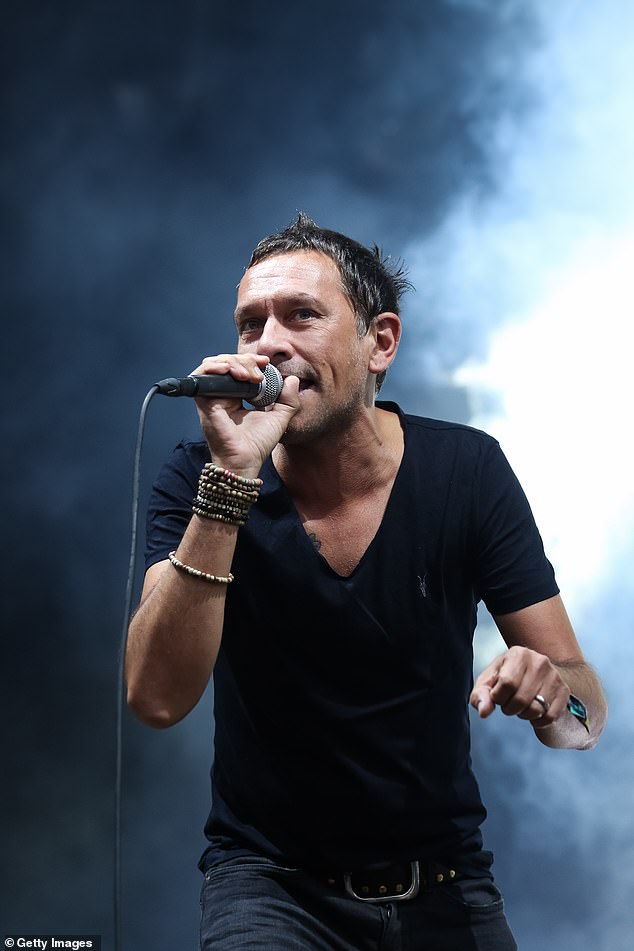 As well as the band’s Twitter page, Shed Seven frontman Rick Witter (pictured) also joined in with the tweets – offering Jo the chance to come see them live once they’re back gigging

Jo, 53, sent three tweets, and after her error she became the butt of fans’ humour as they teased her with song titles.

One offered sympathy for the band, writing ‘You know what customers are like. They love “Chasing Rainbows”, while another put ‘It’s a disgrace…they’ve seen Better Days, they also left me on Standby’.

Thousands liked the banter and Jo, later realising her blunder, then joined in on the joke at her expense.

She posted a picture of her desired gold-trimmed shed with a sign on top saying ‘Jo’s Shed 7’.

She wrote to the band and singer Rick Witter: ‘Shed update! Here’s how I’m hoping it will look when built, with Gold trim. Merry Christmas to all the Shed fans for making this such a fun couple of days.’

They replied: ‘We love “Jo’s Shed” Thanks for making this a fun week x’

Instead of tagging Sheds.co.uk, she ended up tagging indie rock band Shed Seven from York 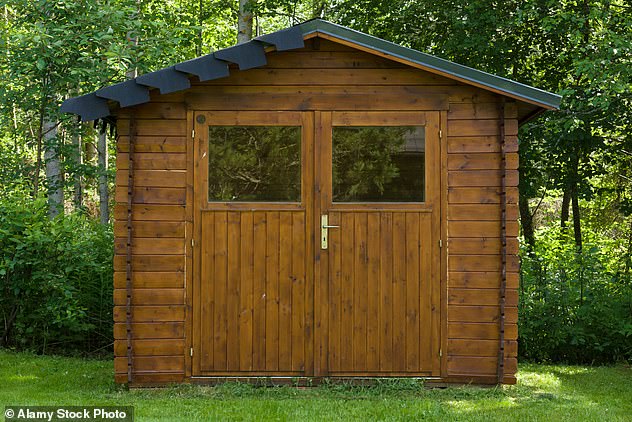 The band’s fans quickly jumped on the tweet, coming up with comical responses to her misdirected complaint

Witter ended up inviting her to a gig when the band next tour.

Jo said: ‘I accidentally picked the option above the shed company in the list. I didn’t know the band’s work well but I’ve been listening to it since.’

The band’s responses were liked more than 10,000 times and repeatedly reshared on the social media platform.

Gaz Matthews really went to town with the puns, joking: @shedseven You’ve got High Hopes if You think you’re On Standby for installing this side of Christmas. I hear your Cry For Help and It’s Not Easy without a shed, but there is Room In My House for now. It’ll be Getting Better next year, so please don’t feel you’re Missing Out. Goodbye.’

The firm has since refunded the cash Jo paid to have the shed put up.