Jeremy Dutcher and Possesom Paul don’t make any apologies about wanting to change the world.

The young Wolastoqi artists are at the beginning of a three-year project with the Atlantic Ballet Theatre that will culminate in a new production, and they hope another step forward in sharing their culture, making lasting connections and artistic excellence.

Dutcher, a composer and singer, says the opportunity to bring a Wolastoqey story into a “ballet space” and “concert hall” is huge.

“I’ve had this vision of what opening night is going to be like with our people there, and they know that it’s their story,” he said.

“They never even thought they were invited — we didn’t even get in the door, and now we’re on stage and we’re shaping the narrative, we’re telling the story.”

The partnership started with a friendship between Possesom Paul, a grass dancer and choreographer from Sitansisk, or St. Mary’s First Nation, and Igor Dobrovolskiy, the Ukrainian-born artistic director and choreographer at the Atlantic Ballet.

The two met at a powwow in Fredericton six years ago and after working together on several projects, including a Canada 150 production, Paul knew he wanted to do something even bigger.

“Through our work together and through our understanding of each other — we clicked,” Paul said. “And it grew and grew and then the next part was, ‘I’d like to come on board and do a real production, a full production.'”

This partnership is a first for Dobrovolskiy, who credits an elder with explaining to him how you can blend the “colonial ballet style” with Indigenous art to create something new and beautiful.

“It’s the two canoes, running together, and across,” he said smiling. “I never thought that somebody will come to me and tell me, ‘Let’s do production together.'”

Dobrovolskiy, who is nearly 60, joked he is learning how to be a “collaborator” rather than “a dictator.” This is the first time he has worked with another choreographer on a major production.

“Possesom is the first. And imagine we have to figure out our relation, how we will co-create.”

For Paul and Dutcher, who grew up together in New Brunswick, there is a strong sense of responsibility in undertaking this creative project.

Within minutes of meeting them you learn how important elder Maggie Paul, who is also Possesom’s grandmother, has been in their lives.

It was Maggie who gave Possesom his first pair of moccasins and told him, “Once you put those moccasins on, you’re going to have to dance.”

“To have that beautiful gift … gave me a pride that my peers didn’t have,” Possesom said of growing up immersed in his Wolastoqey culture. He became a professional dancer at the age of 11 and has performed around the world. 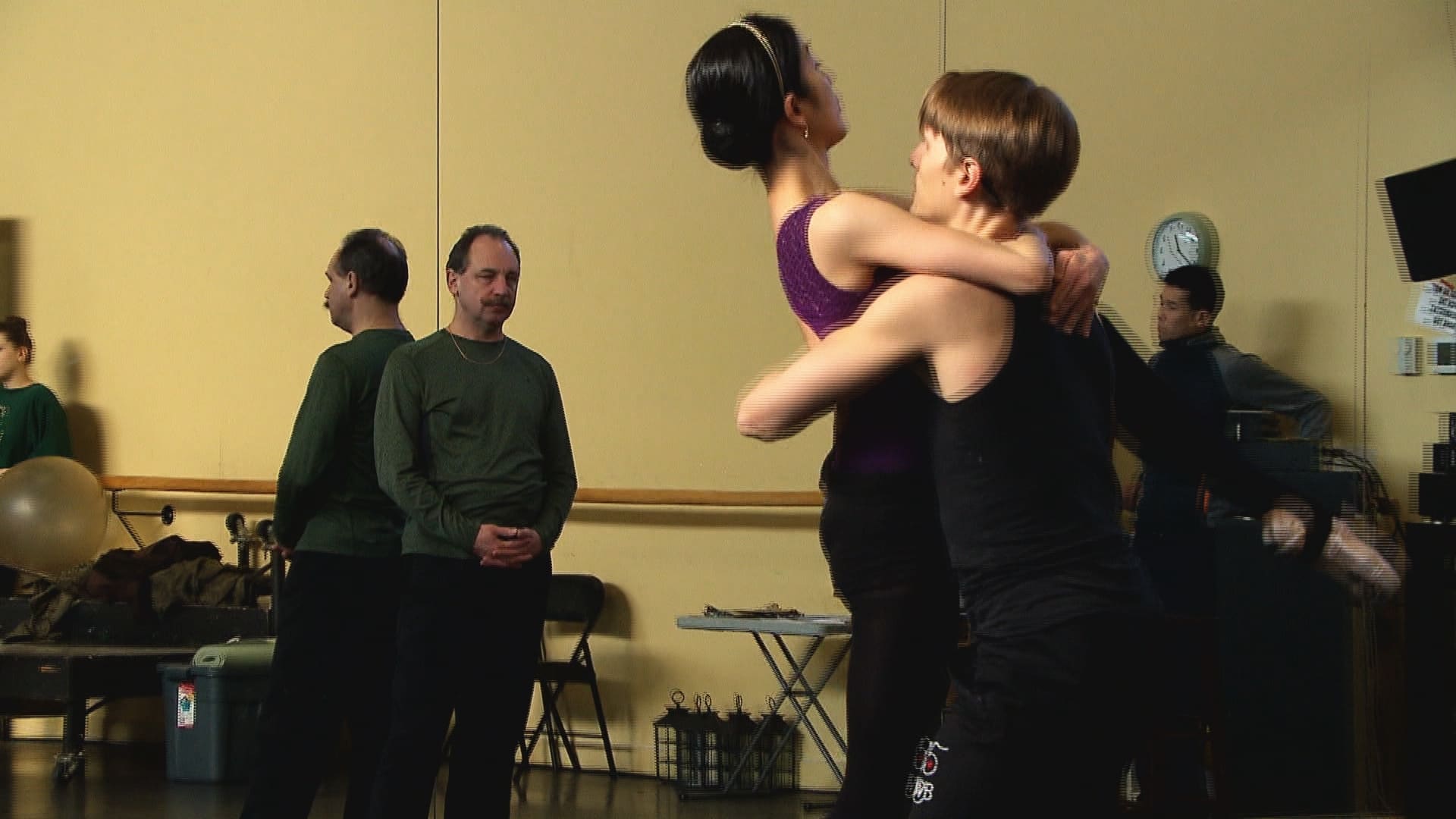 Wolastoqi artists Jeremy Dutcher and Possessom Paul join Atlantic Ballet’s Igor Dobrovolskiy to begin work on a collaboration that will bring their worlds together. 10:25

It was also Maggie who inspired and encouraged Dutcher to learn the Wolastoqey songs of his ancestors that were preserved on wax cylinders in the archives of the Canadian Museum of History.

Those songs would become the foundation of his award-winning 2018 album, Wolastoqiyik Lintuwakonawa.

“There are so many of our young people — Wolastoqi young people that haven’t had the opportunity to learn from people like Maggie Paul,” said Dutcher, a member of Tobique First Nation, or Neqotkuk.

Everyone carries a “sacred bundle” of teachings, Possesom and Dutcher explain, and they are responsible for sharing them as they do their “earth walk.”

“It’s a transformative moment right now where we actually get to bring these stories in this space,” said Dutcher.” And every step we take, behind us is a room full of ancestors and people that want to see this work happen because we get to do what they didn’t.”

Dutcher admits he was hesitant about sharing their stories, language and traditions with a wider audience and sometimes feels the urge to “hold them really close.”

“Tokenism is real — as Indigenous creators, we’ve all felt it,” he said. “We need to be conscious that when we enter every art space that there is a precedent of that extractive storytelling, of ‘Oh, we’ve got a brown face on the poster and somebody dancing. We’ve done our work.'”

However, after spending time with Dobrovolskiy and Possesom and witnessing their close and collaborative relationship, Dutcher said he is convinced their “stories are safe here.”

“It’s not about a devouring of our song and story and placing them just as scenery or background or a setting for a ballet story to be told.”

As Indigenous people we have nothing to reconcile. This isn’t about that…it’s about creating excellence. That’s what’s the most important part.– Possesom Paul

Dobrovolskiy believes this new ballet they are creating, will give the audience a better understanding of the land where they live. Listening to Dutcher’s music has already inspired scenes in his imagination.

“It’s a little bit foggy but still I feel it’s there.”

When asked whether this project is an example of what reconciliation looks like, Possesom explains that is not for him to answer.

“As Indigenous people we have nothing to reconcile,” he said. “This isn’t about that … it’s about creating excellence. That’s what’s the most important part.”

“We’re building a nation and that can’t be understated,” said Dutcher.

“Non-Indigenous people haven’t even had the opportunity to actually get to know us until quite recently because every media portrayal, everything has been from outside of us, looking at us and saying, ‘Well, this is how you are.'”

Possesom wants their work to bring Indigenous and non-Indigenous people together.

“We’re all treaty people,” he said. “Nobody’s going and packing up and leaving this land. That’s not the point. The point is that we need to understand that we are all here as stewards of not only the space, but our relation to each other.”

The Wolastoqi creators see it as a sort of crossroads. One path leads to the separation that has existed for hundreds of years and the other, to unity.

Dobrovolskiy, Possesom and Dutcher spent a week together in Moncton and Grande-Digue this month, as the process of creating a large-scale ballet production got underway.

“It’s exciting,” said Possesom. “This is our world of what we do and we’re all really good at what we do.”

For his part, Dobrovolskiy is looking forward to creating something that is rich with culture, and said working with Possesom and Dutcher has been “amazing.”

“Some Ukranian guy involved with the Indigenous people to create some story? Ridiculous. But it’s natural. I feel it’s natural,” he said.

No one would share any details of the story, the characters or the music for the production, but Dutcher did give a hint about the broader themes.

“The number one emotion every time we sit down to think about the characters and what is driving it is joy, celebration,” he said. “We’re still speaking our languages, we still know our songs, we still have our dances.”

Dutcher said one written account of Europeans arriving on the East Coast, and being greeted by his Indigenous ancestors has always stayed with him.

“They came down to the bank of the river as the Europeans came in, and the women went out into the water and they stroked their arms and they sang to them,” he said. “Our teaching is that welcome song — it never went away.”

“When you give Indigenous people the microphone, so often we go to joy, we go to celebration, we go to humour. Because that’s how we survived. That’s the only way. In all the indignity that we have been served, and we still say welcome.”